Day 1 of trip. Bismarck toward Great River Road.  Made it to Fargo with some stops for sight-seeing. Things you wouldn’t see if you just stayed on the Super Slab to get from here to there. Of course, it rained all day. And the obligatory giants. Still carrying over from Route 66! (What is it about giant statues of people, animals and fictional characters. )  From Harley Davidson Man to Paul Bunyan (not to be confused with the Minnesota Paul Bunyan!).

Munsinger Gardens and St. Cloud State University. Didn’t take any pictures of SCSU as it’s just another campus but it’s by the Mississippi River and good looking campus. (I did a short part of the Great River Road but that was because it was on the way.) Note of interest that St. Cloud State is in Division II athletics but it does participate in Division I hockey. The Huskies were in the Frozen Four in 2013. There is only 1 university that competes at Division I level for all sports in MN (University of Minnesota) but there are 4 other universities that compete in Division I hockey. (But it is Minnesota!)

St. Cloud is a metropolitan area of about 200,000 people. It is also considered part of the Twin Cities Combined Statistical Area. In addition to being a college town, there are a number of industries located here. Have family members here but had never heard of the Munsinger Gardens. Great place to stop.

Kensington Runestone Museum (More description at end of the pictures)

The Runestone has been wrapped in controversy over the years. In the early days, many proclaimed that Olof Ohman, the farmer who discovered it, made it himself. Many studies have been performed and much research has been done. In the early and mid-1900’s, some of the “runes” on the stone were not identified as coming from the 1300’s, the period of time identified on the stone.

Over more recent times, researchers in Europe have discovered that all the runes on the stone are in fact identified as belonging to that period of time. While there are still naysayers, most scientists now believe the stone to be genuine and that Vikings did visit and probably live in the area in the 1300’s. The stone is dated 1362 and references are made to several years around that time.  French fur traders were also puzzled by blonde Native Americans. These are likely Viking descendents who remained with the Native American Nations when other Vikings had returned to Europe. On to Bismarck toward Great River Road. 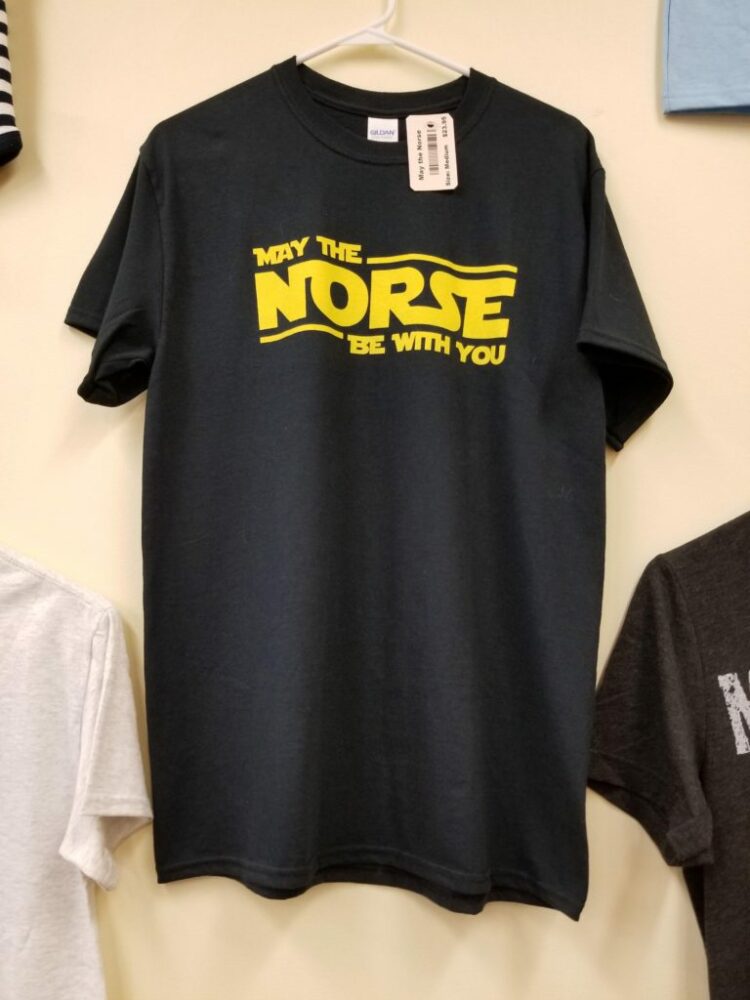 Obligatory T-Shirt – And if you are of Scandinavian ancestry you probably want one!

Big Ole in Alexandria – Here we move to the less serious side of the heritage.  In keeping with Americans loving their statues of giant people, giant animals and giant mythical characters, Alexandria has Big Ole.

Alexandria MN is a farming and resort community. It has an estimated population of about 13,000 people in the city and a total county population of about 37,000. Most importantly, due to the popularity of the surrounding lakes, in the summer the temporary “population” can be 2 to 3 times that. On to Bismarck toward Great River Road.

Of course, some things do change! (This wasn’t here when I went to college!) 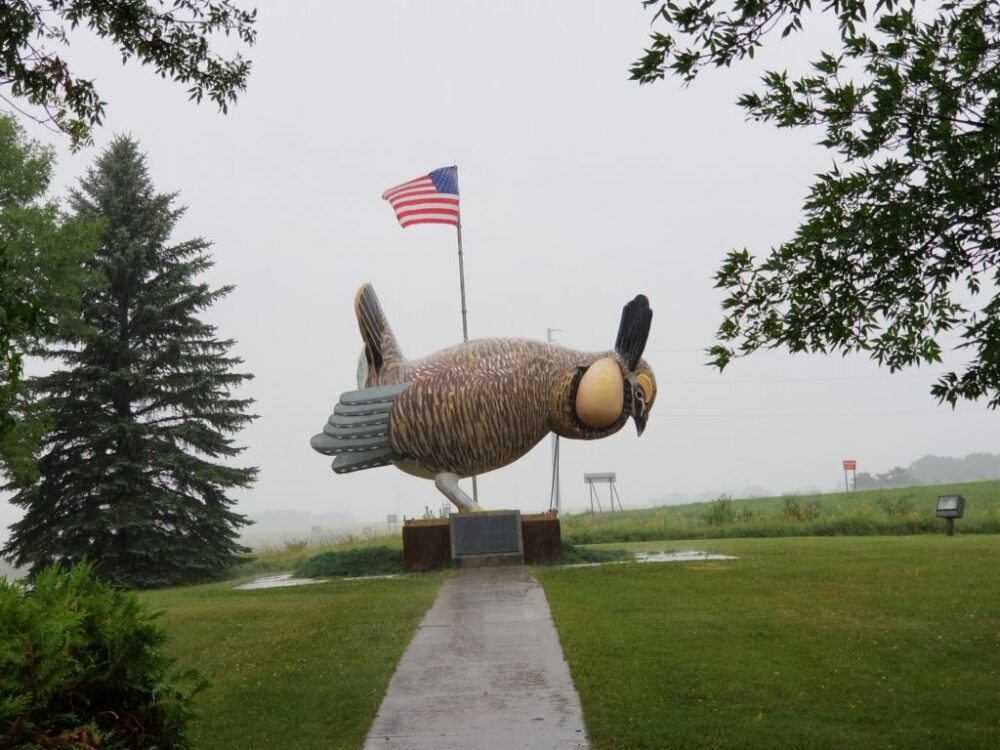 Rothsay Prairie Chicken – Tiny Rothsay MN keeps up with other cities in having a giant “something”. This city of 490 people needed something to celebrate the bi-centennial in 1976. A local resident built this and Rothsay was named (for the year) the Prairie Chicken Capital of the World! Rain was pouring down when taking this picture. Took it out the car window and still got wet!

End of an interesting day. Don’t see things like this if you stay on the interstate! But, decided I wanted to make these part of this road trip. Continue on to Bismarck toward the Great River Road. Here is a link to look ahead to the next post.

Why Visit Indiana Dunes National Park and the Lakeshore?