This picture was fun. Changed the aspect ratio to greatly exaggerated width. Did it that way to emphasize the wind’s impact on the trees, and to show the vast open areas in Texas (and New Mexico) 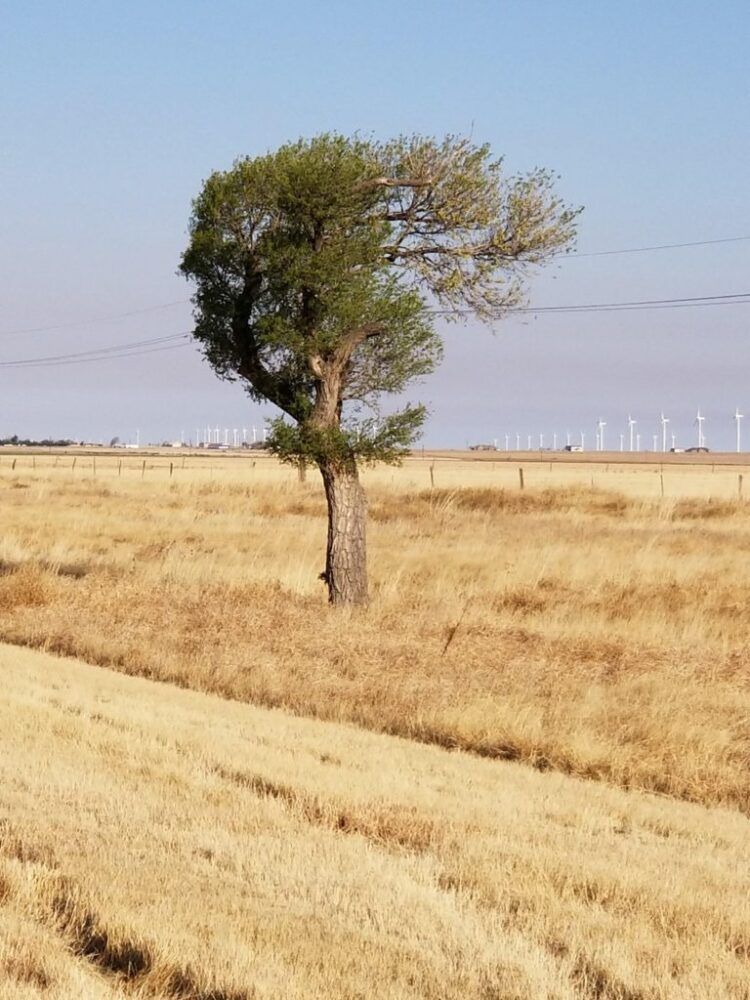 “Officially” the mid-point of Route 66. One of the slogans the Midpoint Cafe has used in the past is “When you are here, you are halfway there!” 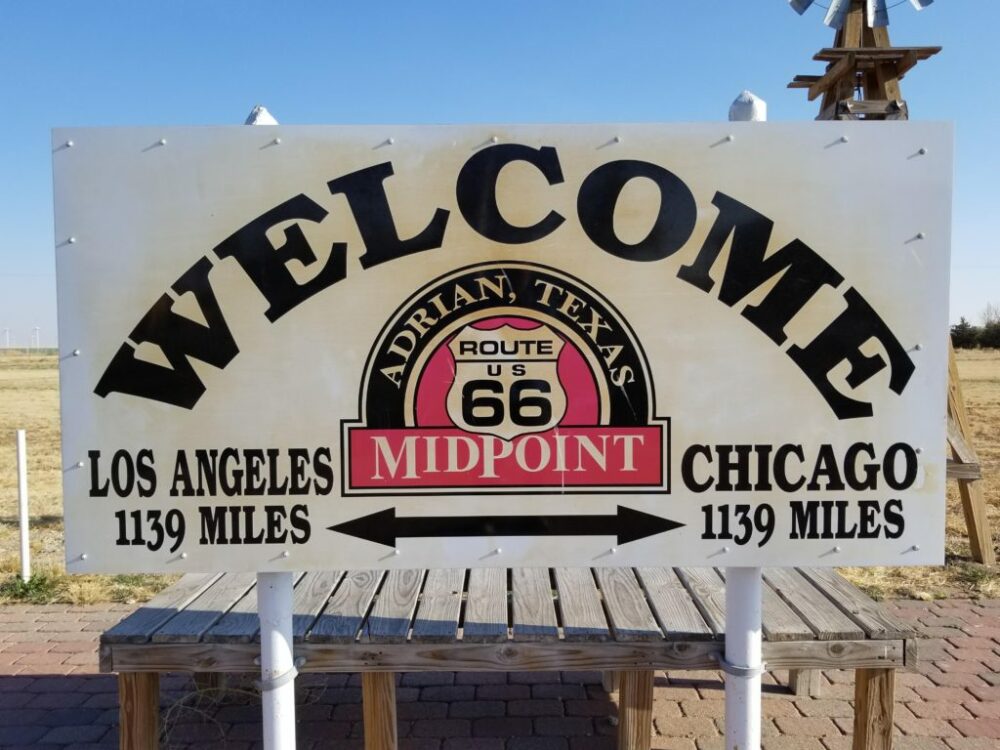 There is a line painted across historic Route 66 in front to show they are “exactly” in the middle. Good food, great atmosphere as it’s a museum in it’s own right. Bought the 5th T-Shirt I’ve picked up along the way. 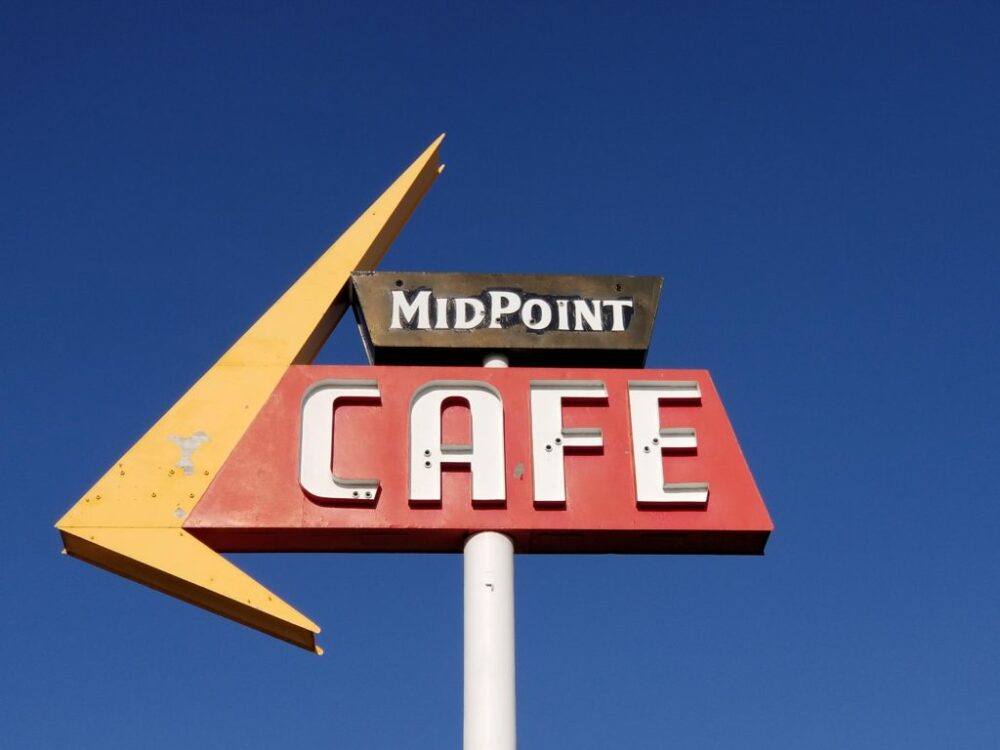 Shortly after leaving Midpoint Cafe was in New Mexico. 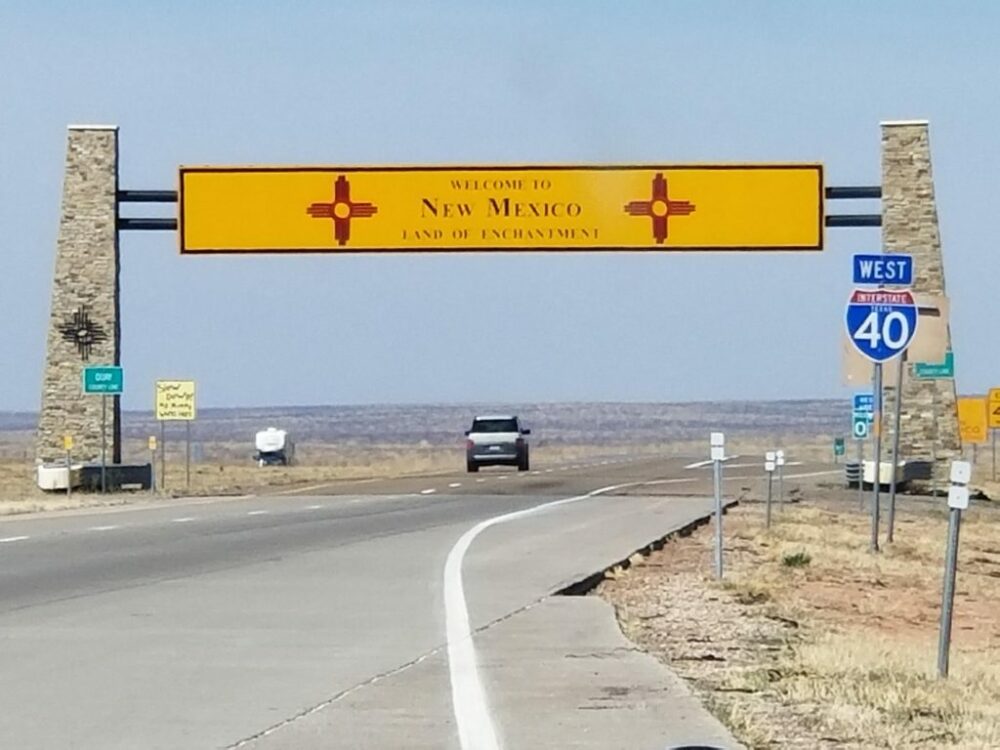 Next two are still in Texas (I know, out of sequence). The town of Glenrio which is now mostly a ghost town. Heard dogs barking and saw cars that looked like they’d been running sometime in this decade but didn’t see anyone. There is supposed to be an abandoned motel here that is half in TX and half in NM. Didn’t find it. 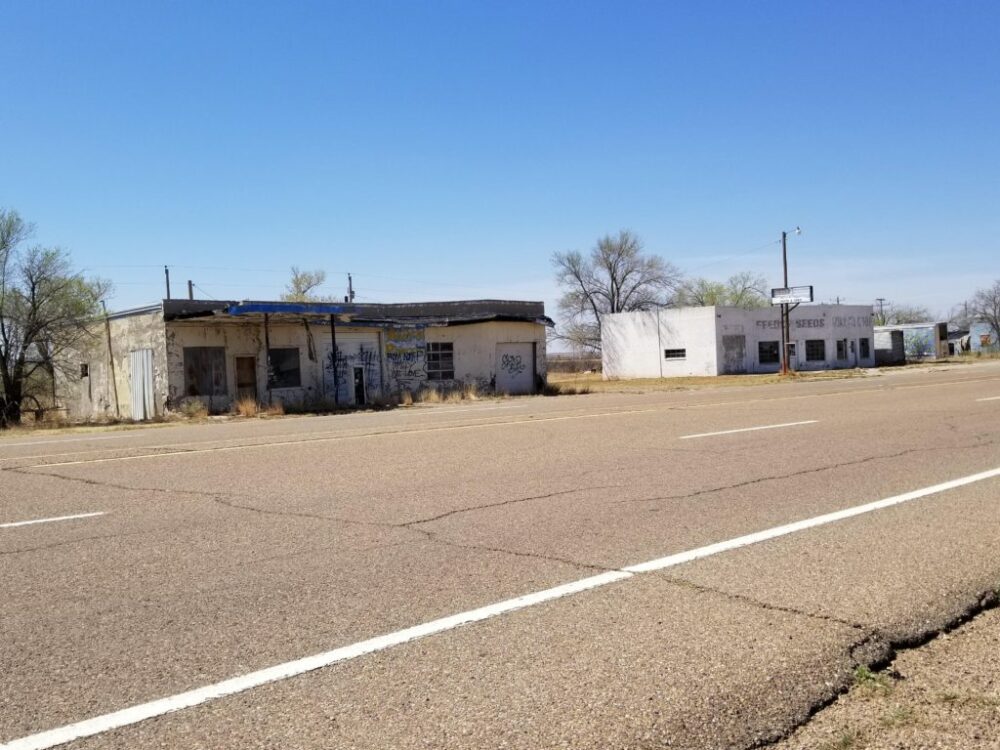 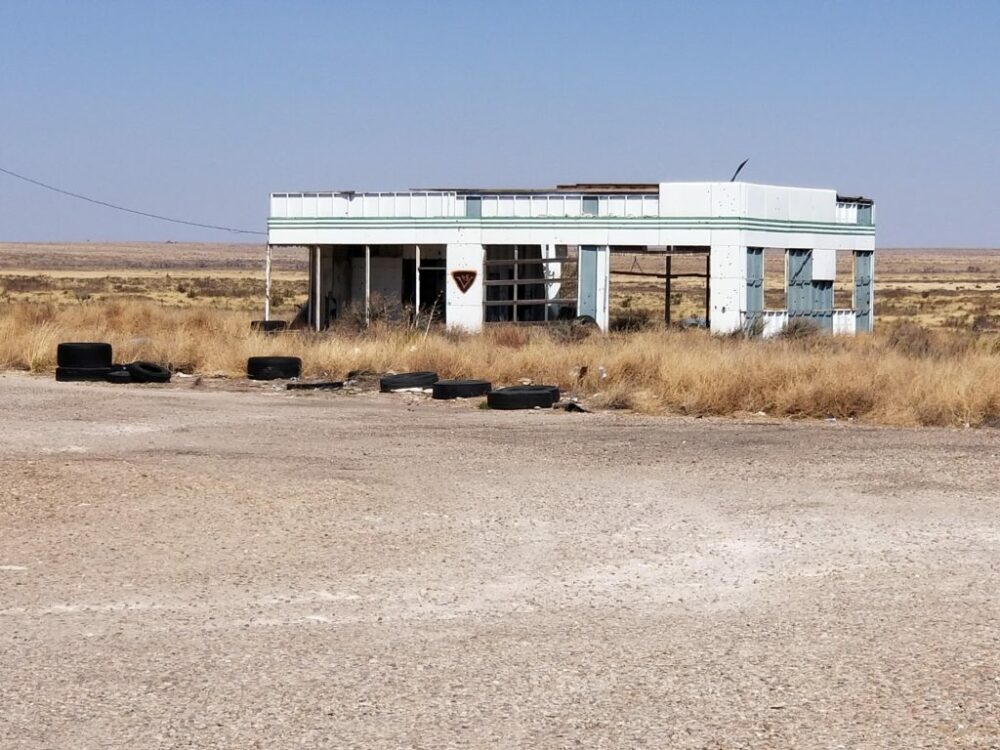 This is the house where I heard the dogs barking. One of those cars “could” have been running in this decade. (Driveby Tourist showing again, didn’t leave the car and there’s a corner of rear view mirror in the picture.) 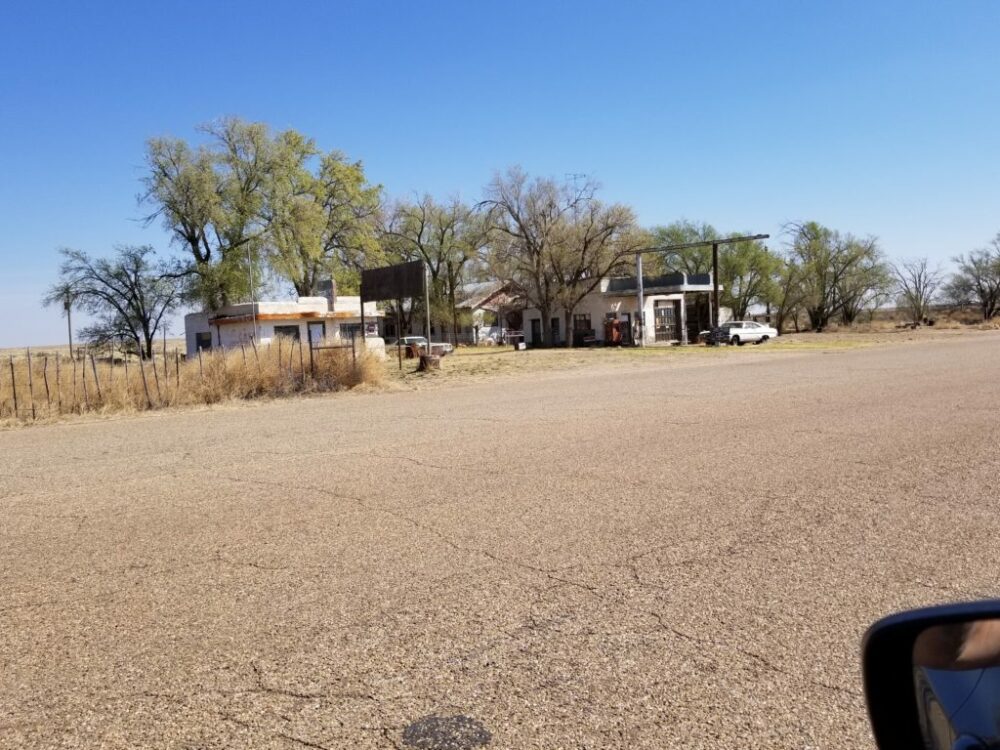 Thought this mountain was cool. Turned out to be Tucumcari Mountain. 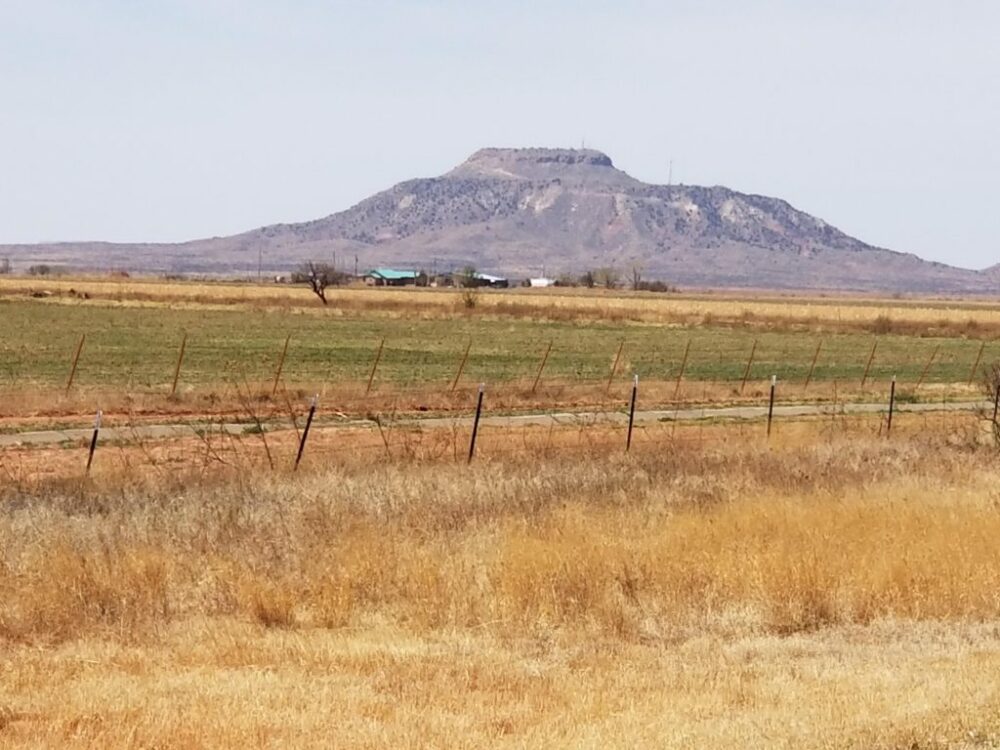 Another car museum in a truck stop. One of the early Thunderbirds when Ford initially tried to compete with Chevy and the Corvette. Decided it wasn’t going to work and after a couple of years, turned it into a luxury car. 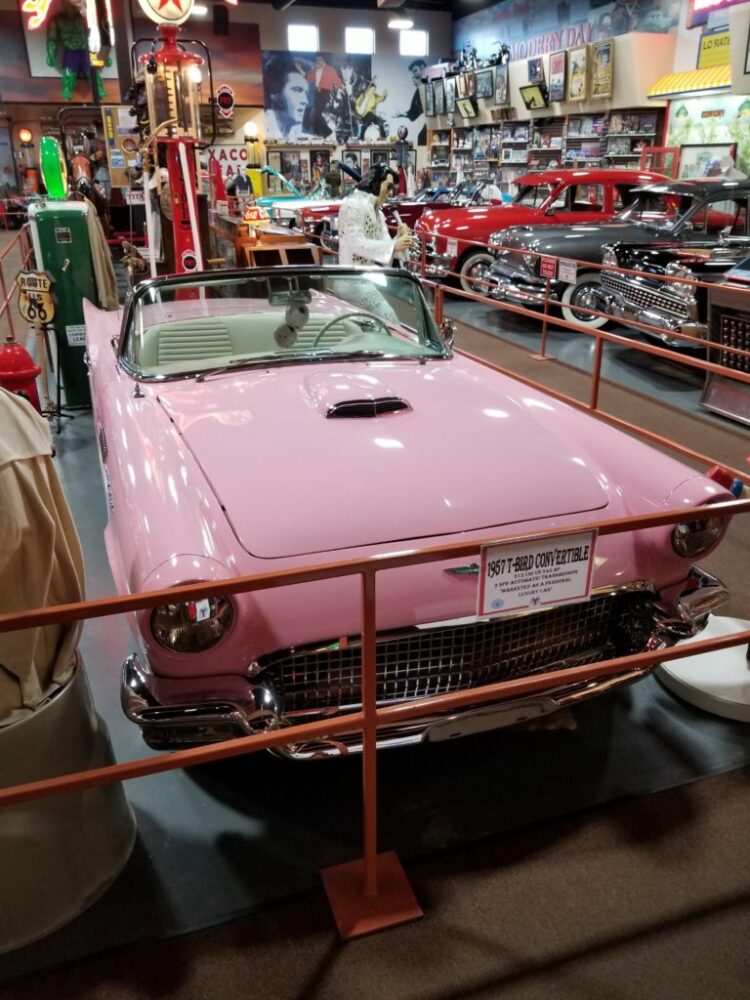 Tucumcari. Old 66 hotel that’s been kept up to date and been in continuous service. 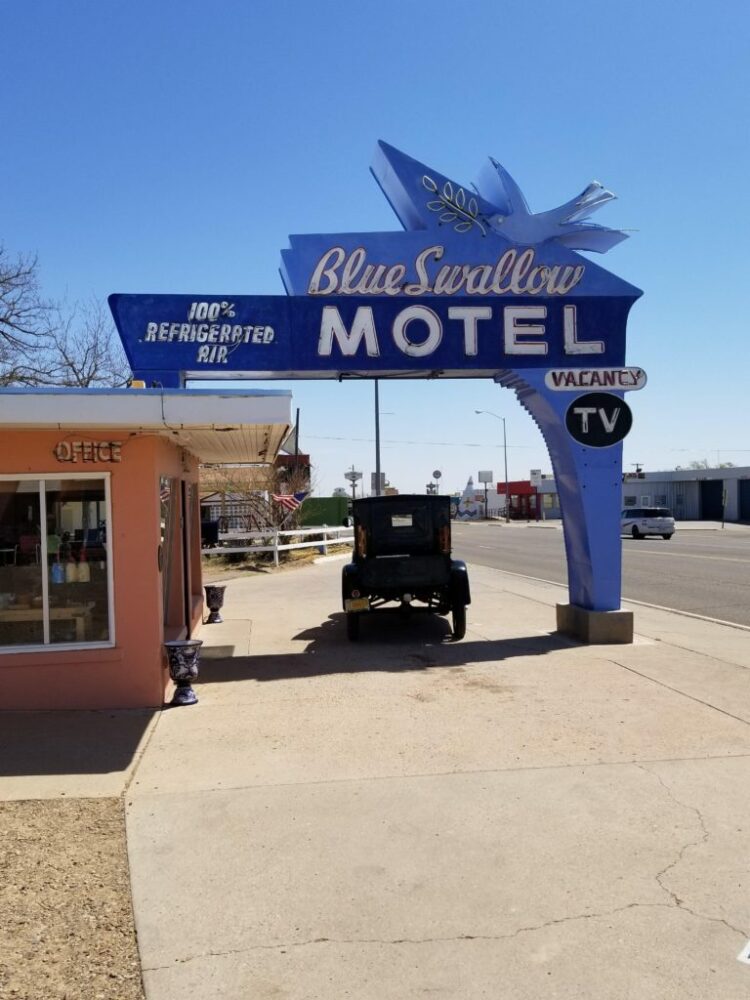 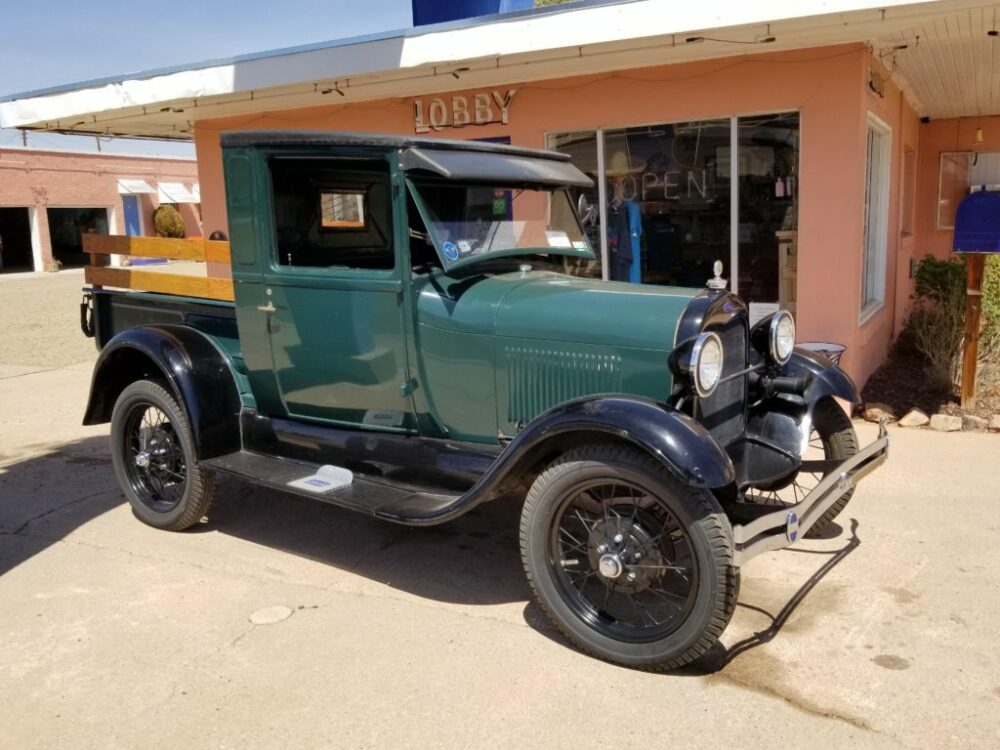 ..and you could get a room with a garage! 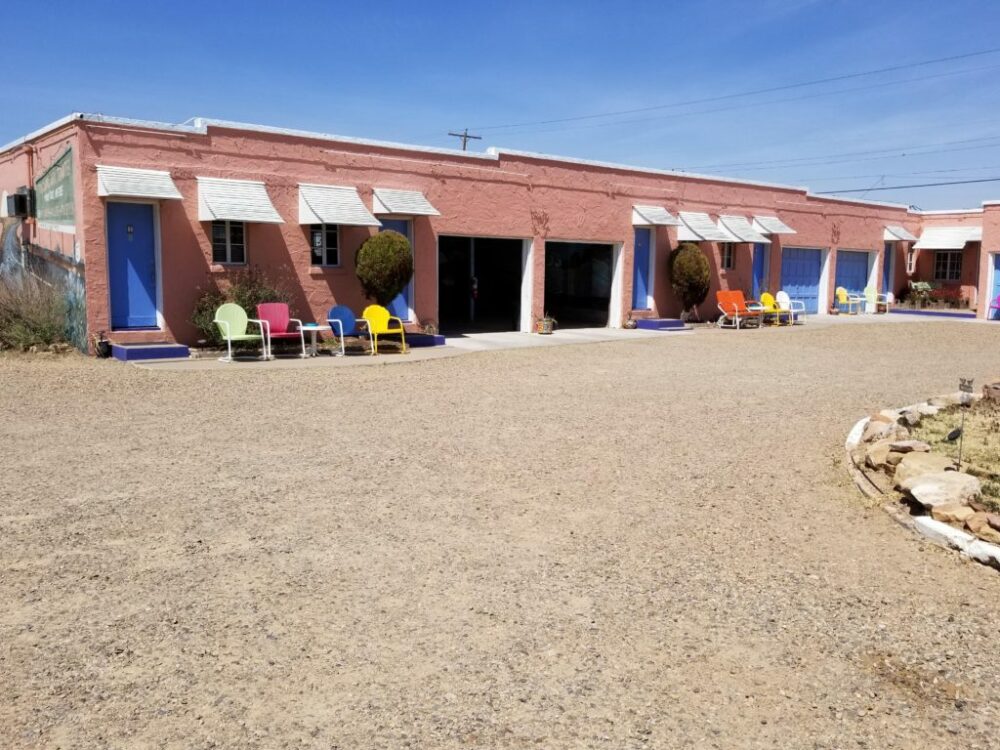 Another historic eating place on 66 in Tucumcari 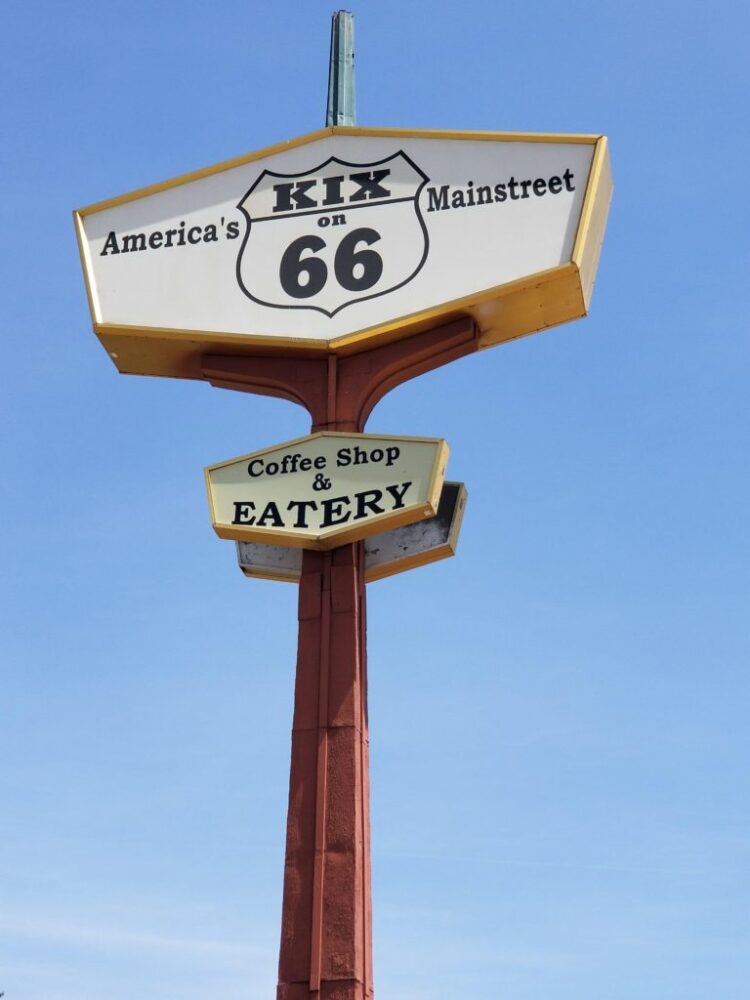 Of course, our obligatory “giant” for the day! 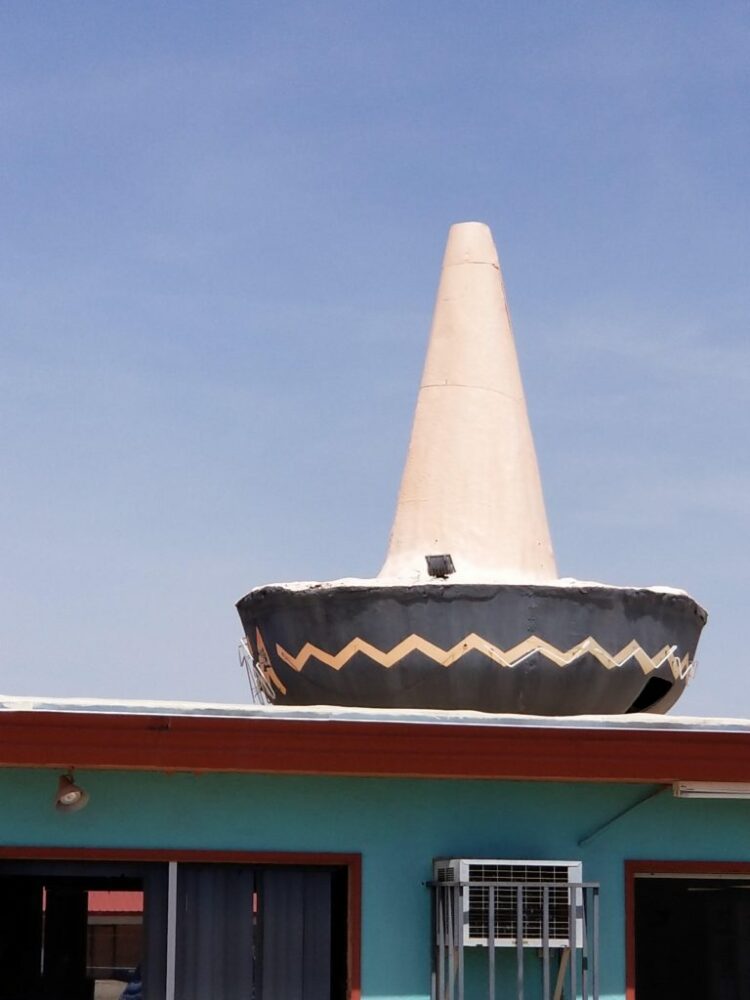 Santa Rosa Car Museum. What else do you do with an Edsel? Wonder how many Edsel’s still operate! 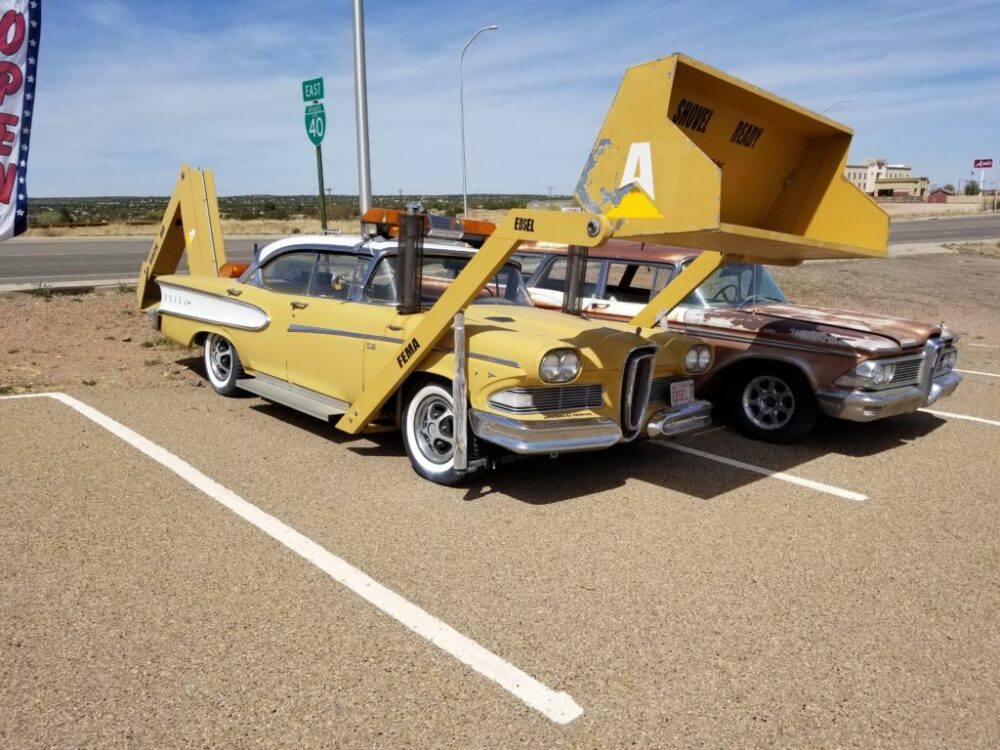 Sign in the back window of one of the cars. 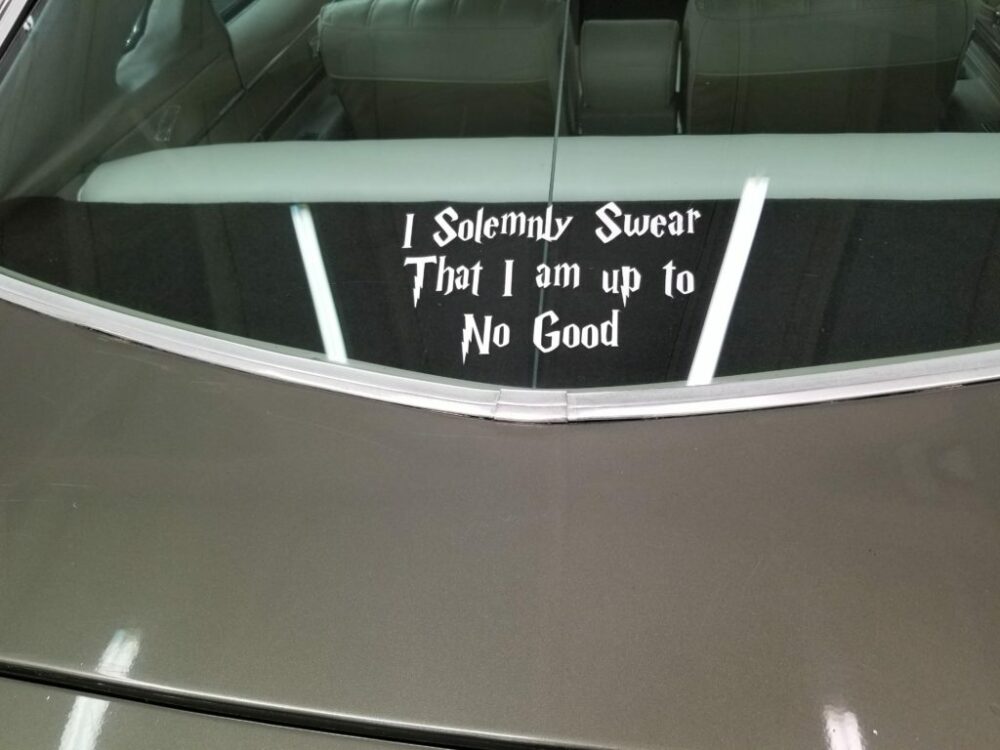 Now this one is “way cool”! (Don’t know if anyone says that anymore.) 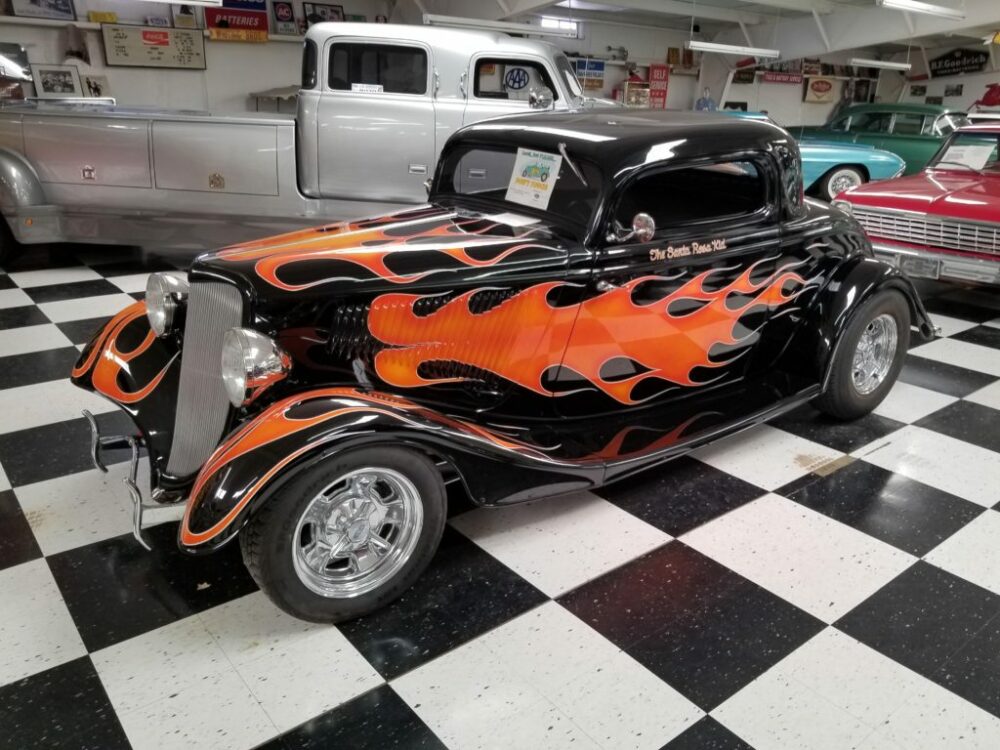 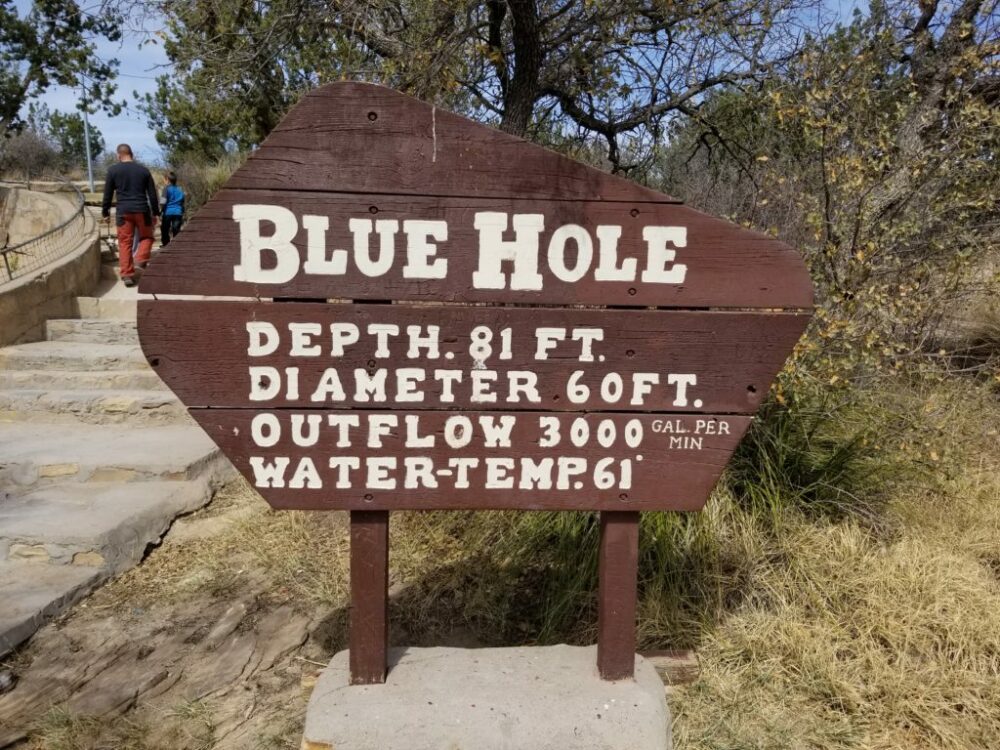 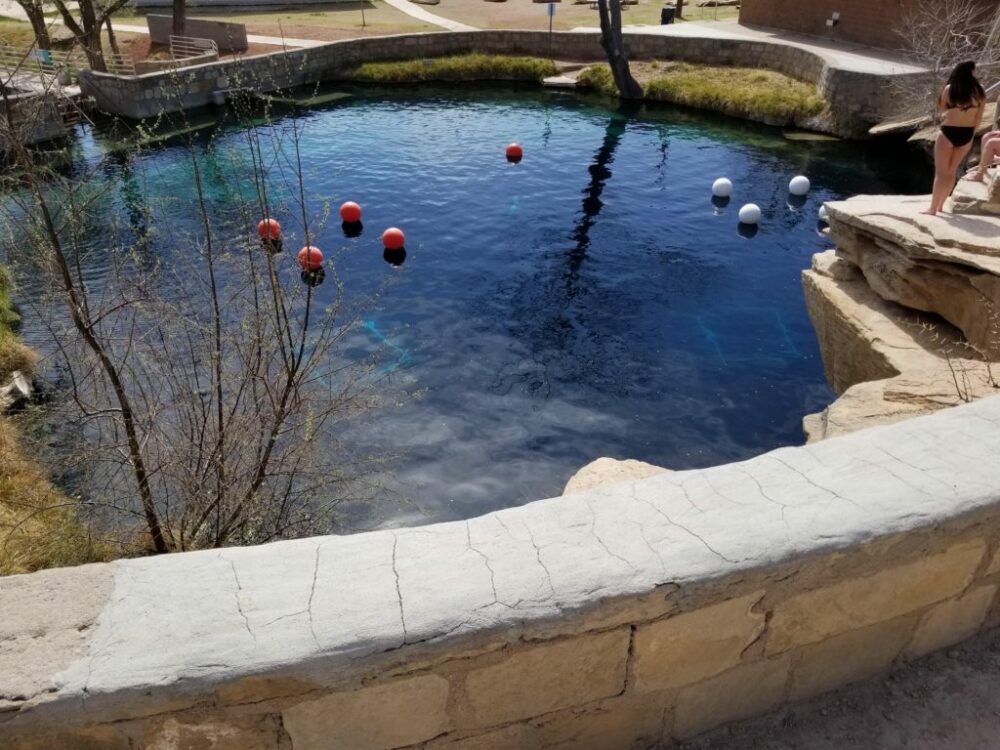 The attractions and sights do get further apart. Made it almost 300 miles today as there wasn’t much else. The picture below is a mountain as I’m approaching Santa Fe. Hard to believe that I-25 is about 30 yards from where I’m taking the picture. Much of old 66 is near one of the 5 Interstates that now cover the route. (I-55, I-44, I-40, I-25, I-15) 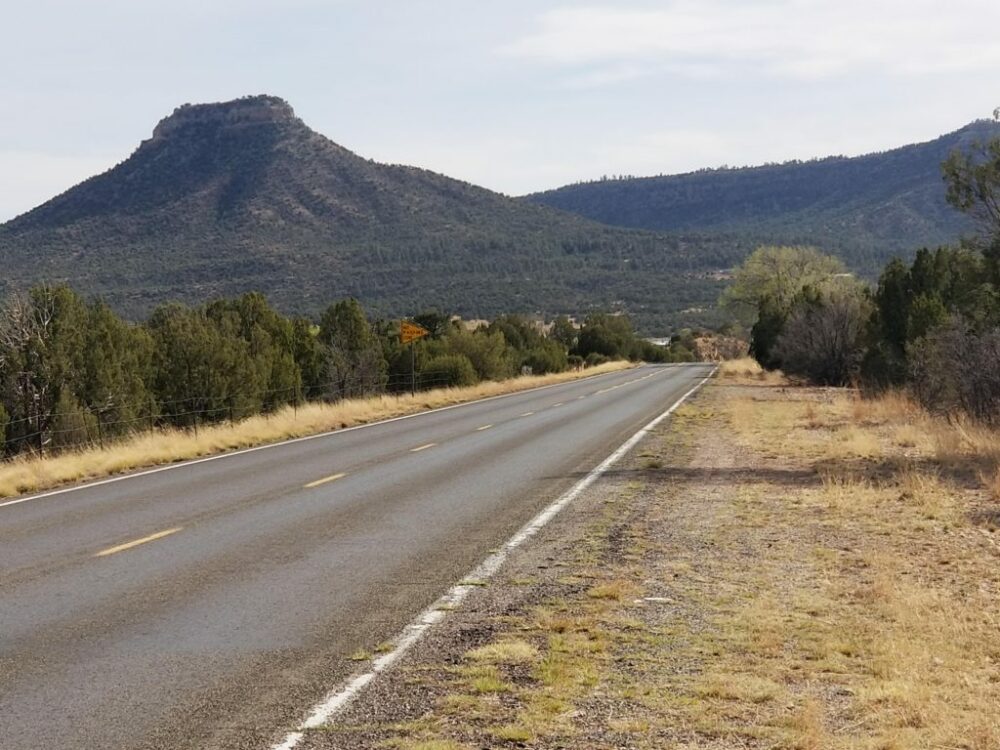 Just realized that the picture should come before the words about it. Will do that next post.

Enjoyed sharing my road trip with you. Hope you like it as well. I’d sure like some suggestions if you can think of improvements or just other things you would like to see.

The trip from Santa Rosa up to near Las Vegas NM was about 50 miles. Only saw a few other vehicles. Mountains, desert trees, up and down hills, etc. I enjoyed the drive but it did remind me of “Turn the Page” by Bob Seger. Just because of the first line, not the rest of the song. “On that long and lonesome highway”. Suppose could be west of Omaha instead of east!?!?!