Got a late start. Didn’t sleep well (not your problem, right?) but underway. Lunch in Victorville after visiting the Route 66 Museum here. http://califrt66museum.org/ 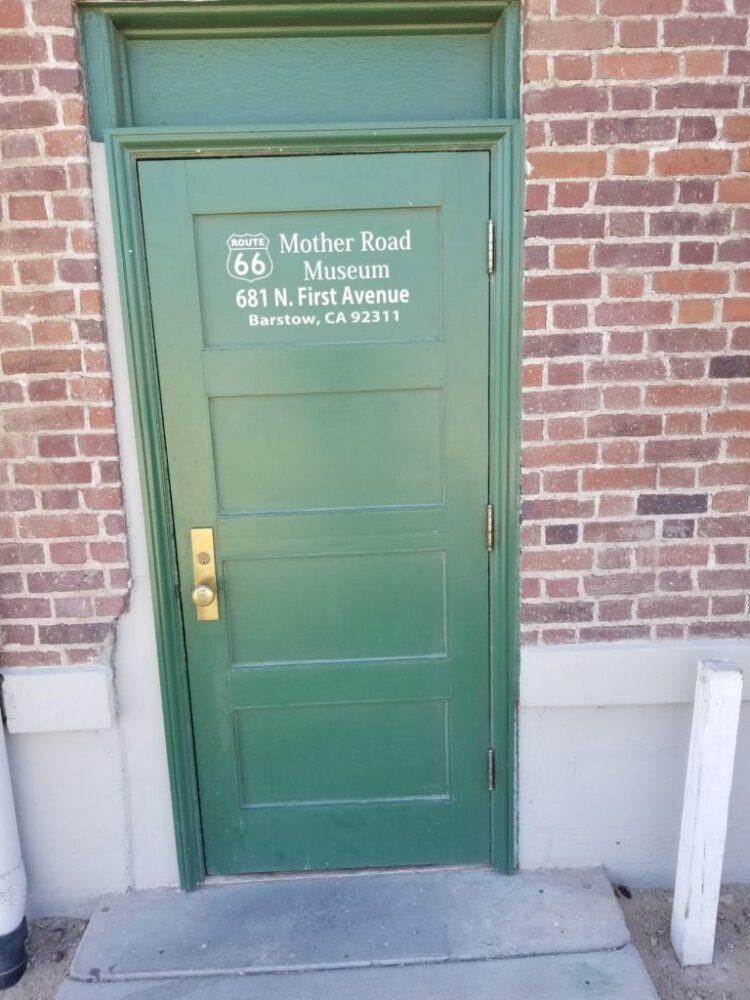 Barstow Mother Road Museum. Only open Friday, Saturday, Sunday. Missed it. As The Driveby Tourist satisfied to get these pictures! 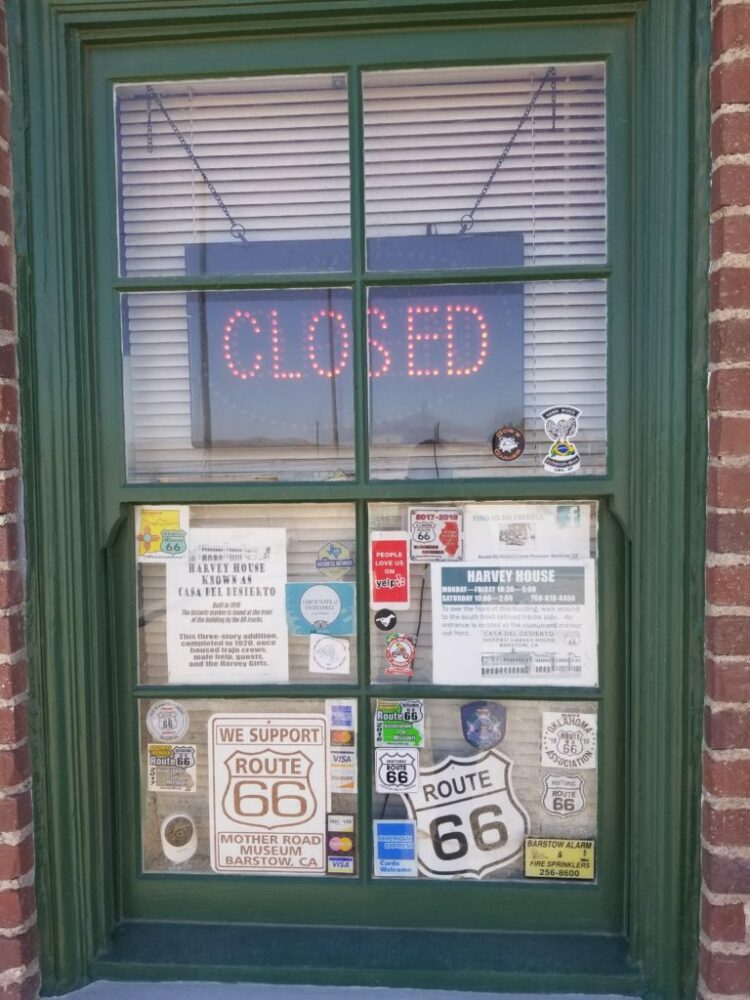 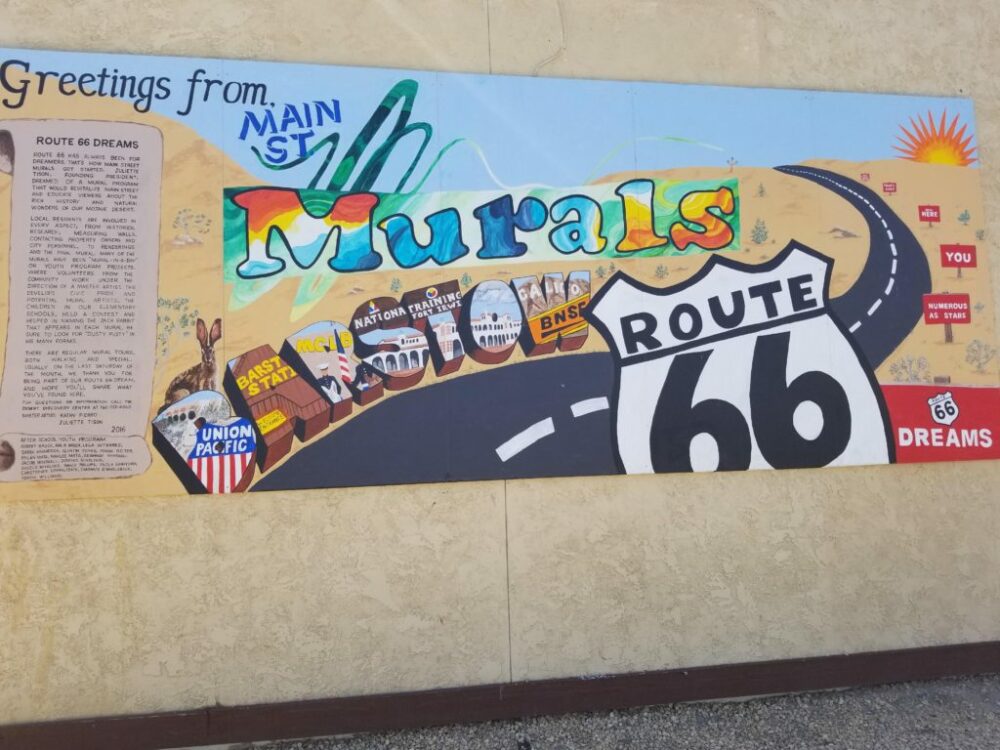 Barstow has several murals dedicated to ’66. Best one. 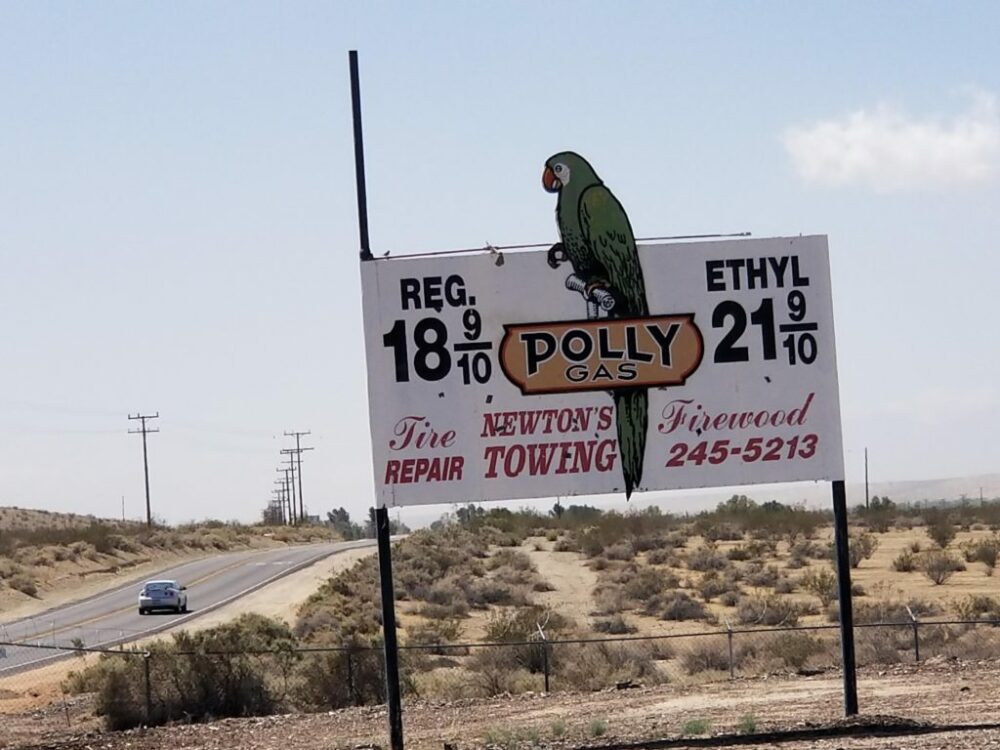 The sign remains from an old gas station. Now used to advertise a towing company. Getting tired of giants? 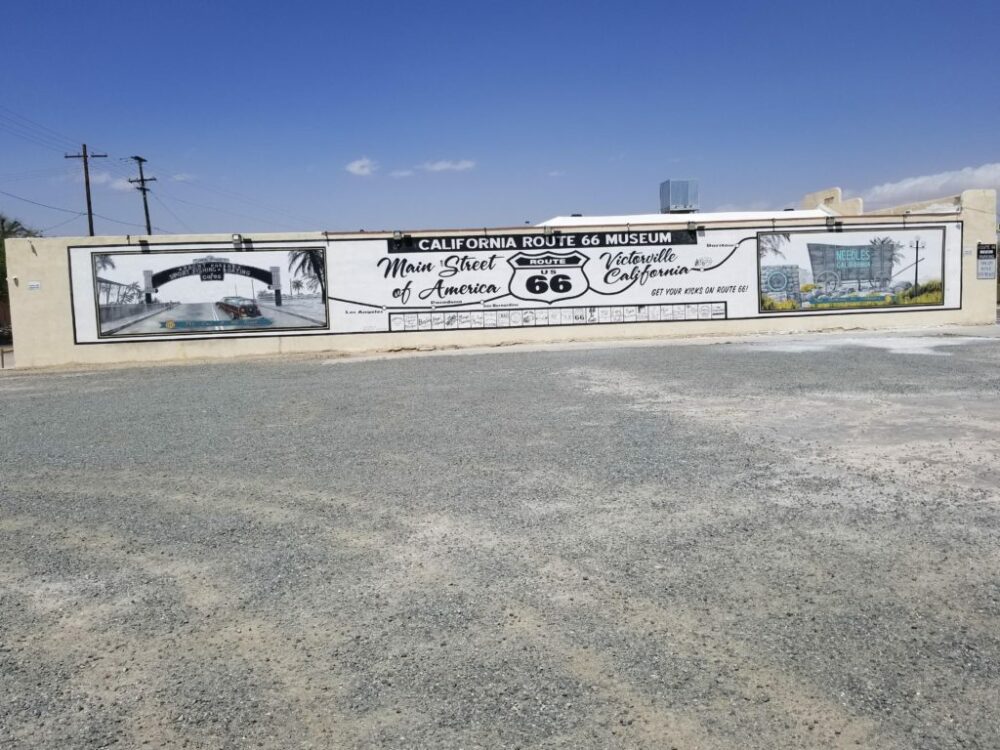 Mural on the side of the Route 66 Museum. This one is a great museum. (Link to museum above) 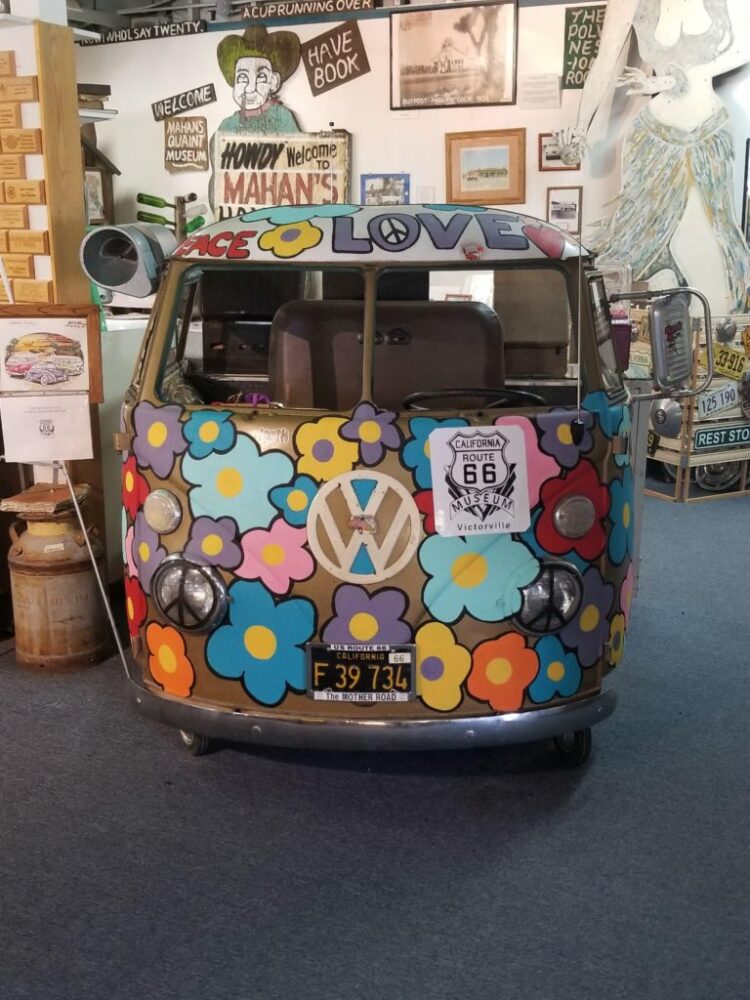 Number of retired people working here. Had conversation with 3 or 4 of them. Couple of them retired military so had to talk about military life, Vietnam, and other (as we called them in the Navy) sea stories. Great to meet these guys. All about my age or older so grew up in the same era and a lot in common. 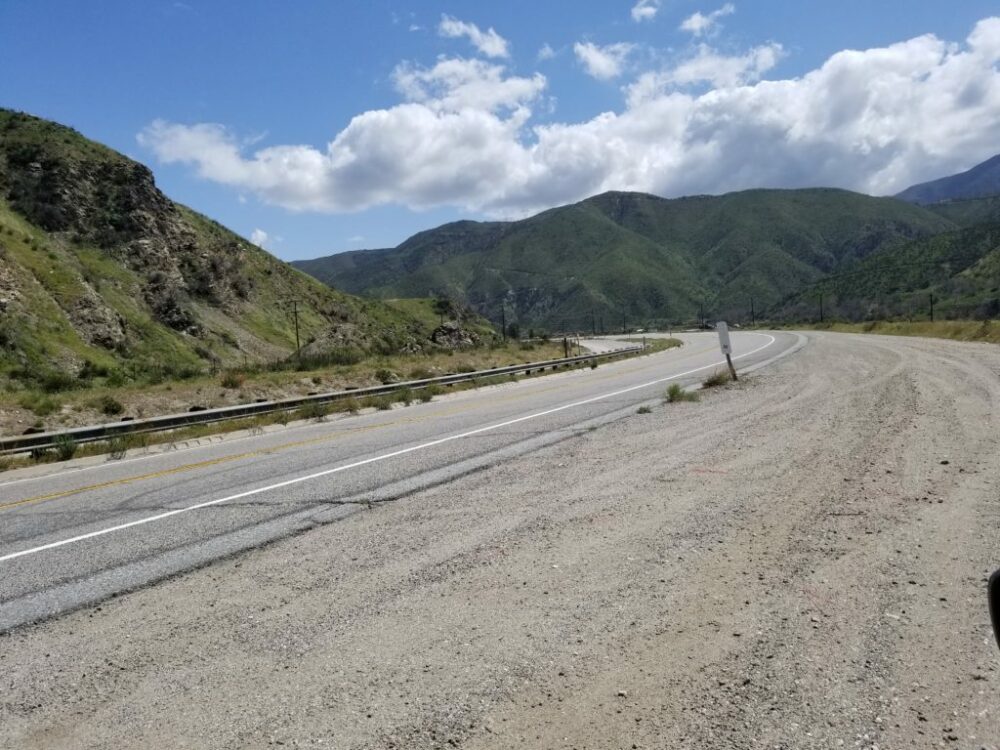 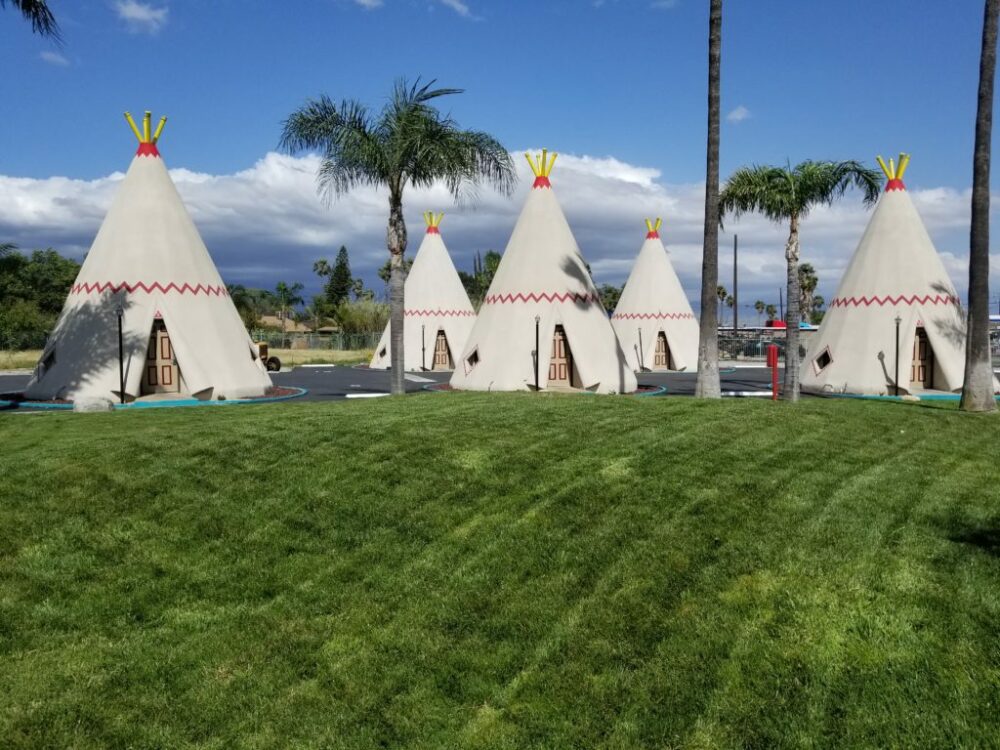 The Wigwam Motel in San Bernardino (actual Rialto) and is along Old Route 66. I missed seeing the on in Holbrook AZ. Originally, there were 7 in the chain. Three remain, besides Holbrook and San Bernardino, the other one is in Kentucky. If you want more information on them, just comment on this page and I’ll give more information.

Last night I posted the link to my blog on LinkedIn asking for feedback from my connections. This morning there was a message from Brad S with whom I worked in the Twin Cities a number of years ago. He is now working in Fontana CA and his place of business is 1 block of Old 66. After seeing the  Wigwan Hotel, off to see Brad. Great to see  him again. Neither of us look any older than we did in 2004!  Caught up on each others history since then. So, I’m in the greater LA area, right? Well, from there to Pasadena was about 40 miles and almost 2 hours in LA evening traffic.  And I still have 1.5 to 2 hours to Santa Monica!

I decided to stop here as I didn’t know if I’d get to Santa Monica before mid-evening and wanted to “do it right”!

Tomorrow, final day of my actual trip. Seventeen days on Route 66. Staying with Debbie (JeNell’s sister) and her husband Todd. Then seeing a second cousin who I found thru DNA. I’ve never met her and didn’t even know her name when I saw it as a potential cousin. Her dad is my first cousin who’s about 4 or 5 years younger than me and joined the Navy shortly after I got out. Don’t remember seeing him since I was an teenager. Funny how things work sometimes!

Think I’ll keep this shorter for tonight. Until tomorrow…..