“On the Road Again”

Started in Rolla MO. First stop is a smaller replica, not a giant. It’s a half size partial replica of Stonehenge. (Now I’ve really seen it all. When you’ve seen this and Carhenge (Alliance NE). What else is there?) These are on the campus of the University of Missouri Science and Technology and were created to show the capability of it’s High Pressure WaterJet spray that cuts like a stone saw.

Another example of motel from the R66 days going back to nature.

Memorial to the Trail of Tears when the native Americans (mostly Cherokees) were rounded up and marched to the reservation in Oklahoma. It’s currently being restored and will open later in April. I talked with the woman doing the work. It’s a Memorial to the heart-breaking Trail of Tears and to the man who built this 50 years ago.  She told me if I walked thru the arch I would be liberated. …and I did. She wants to eventually open a museum and a school that will teach the spiritual ways of the Cherokee’s from that time.I believe visitors need to be quiet and respectful in this area. I have a number of pictures but need editing before I’ll put them in a book.

Ok for now. Back on the road

Great road food! If you don’t like roadside diners you probably won’t like it but I thought it was great!

Route 66 has been in the Ozarks for a while now. The terrain begins to have the rolling hills, streams, and lakes west of St. Louis. As R66 moves on, the area becomes beautiful (actually, no leaves on the deciduous trees so I have to imagine it) and feels good to be driving on Route 66 instead of I-44. Small towns, farms, and resort areas.

Here is a 90 foot cut through a hill. It’s the first large road cut on R66. (“The First Cut is the Deepest” – remember who first recorded that and how many singers had hits with it?) Oh, back to the road. There are areas here with green grass but no trees budding out yet. I’ve seen a number of locations where I’d like to take pictures but I haven’t found a pull off spot when I see a scene I’d like to capture. Occassionally there are very sharp up and down hills, feels like a roller coaster.

As I continued on with R66, I took some older sections of the road. This is an old Inn located on the Big Piney River. It’s named after the Devil’s Elbow on the river. That name came from the bend in the river which caused problems for early day logging operations. The loggers would float their logs down the river and had to balance on logs as they “herded” them to the sawmill. The “Elbow” in the river caused many loggers to lose balance and go in the river, hence the name “Devil’s Elbow”. (And I supposed they needed to have an Inn to relax and eat!)

This is part of the Devil’s Elbow.

There are many motels along old 66 which are in ruins or have been torn down. This one was turned into apartments.

Next stop along the way is Uranus Missouri (named after the planet, of course!) If you don’t have a sense of humor don’t stop here. Think about the people who work there and the sense of humor they must have! Talked with a number of them and it’s a fun place!

Here is the link:  www.uranusmissouri.com

Here are a few more pictures from Uranus.

And, of course, advice for the ladies!

Even had to add my own picture!

Couldn’t resist doing a selfie with my new shirt 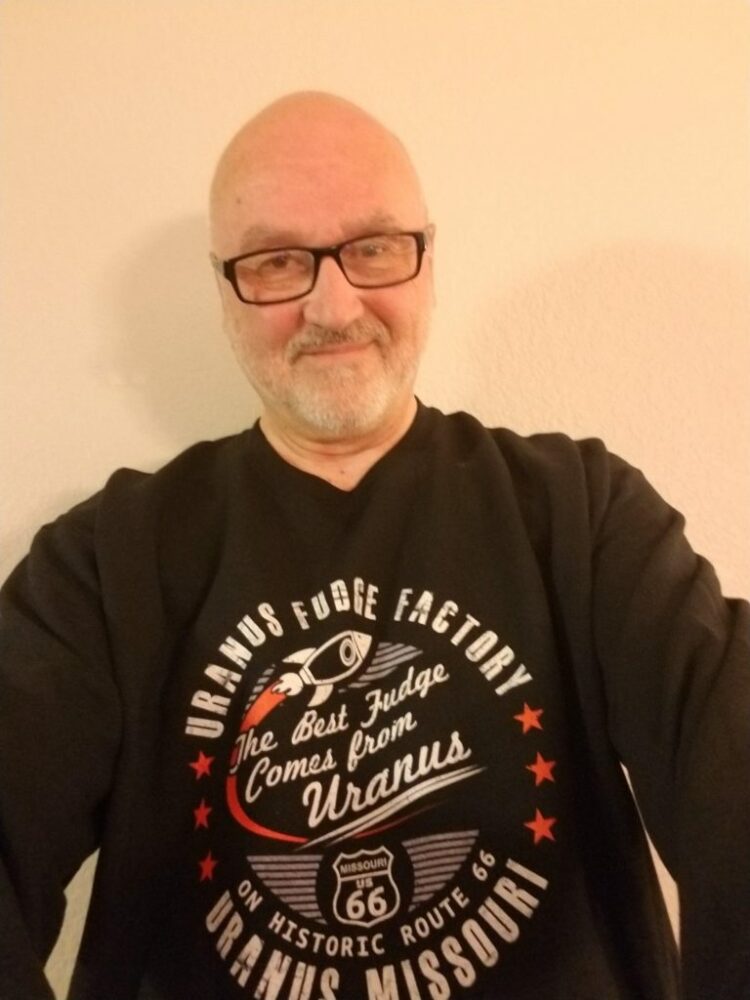 …and a giant bowling pin. (Must be something in the air around Route 66!) Funny, this is located very close to an “Adult Superstore”. (I’m not including a picture of that! After all my grandkids may read this!)

This is a picture of an old picture. (Out of focus already and purposely an angled shot.) 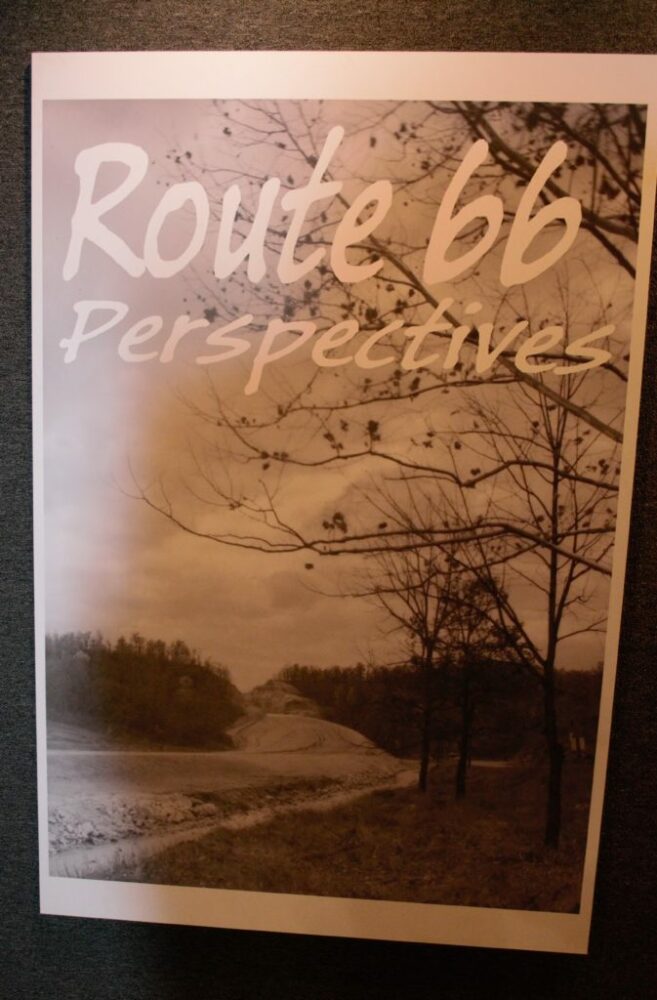 …And I come to the end of Day 5. Only covered 105 miles according to I-44 mile markers. Of course I covered more than that on R66 and by some back tracking into other sections of R66. (Over the years, R66 had different alignments. Some are marked and some are not. With my maps, I could see sights on other alignments.)

As R66 goes west, the sights become further apart as indicated by population density in the western states. Taking each day at a time, not making hotel reservations in late afternoon. Lets me do it at a pace that fits the sights. I hope you are finding these pictures and reflections interesting.