Already seen a few things this morning. Waiting for my next attraction here which opens at noon. Hitting the road and seeing Route 66 related sights is my goal on this trip.

Ok, another giant. I know, how many can there be? 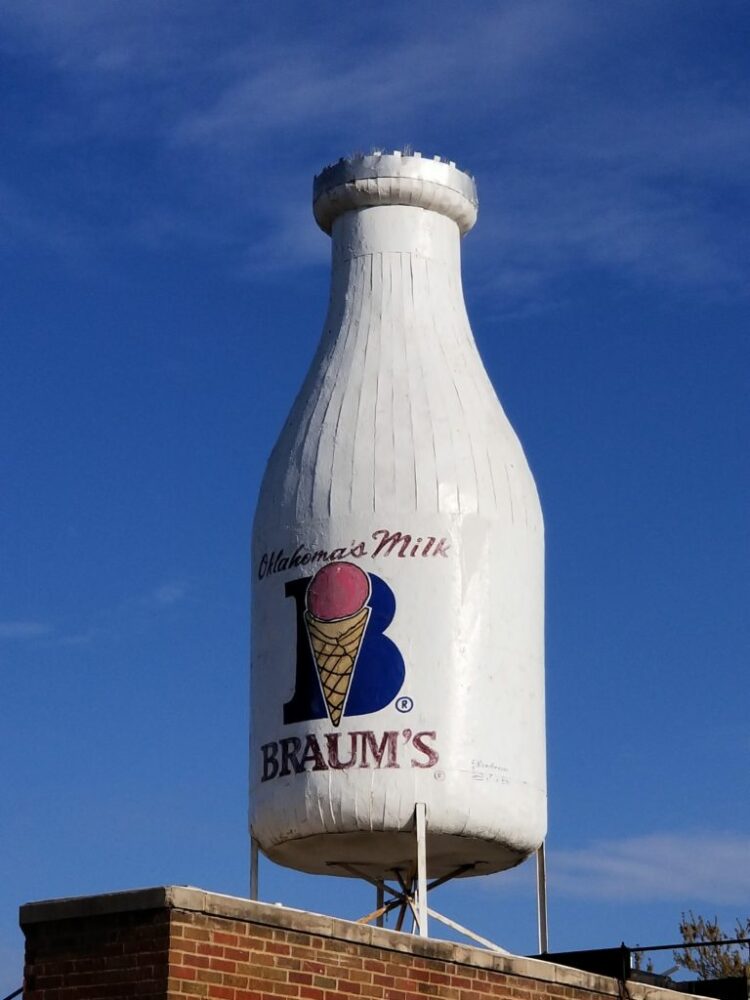 The Oklahoma State Capitol. Undergoing renovation so difficult to get close. 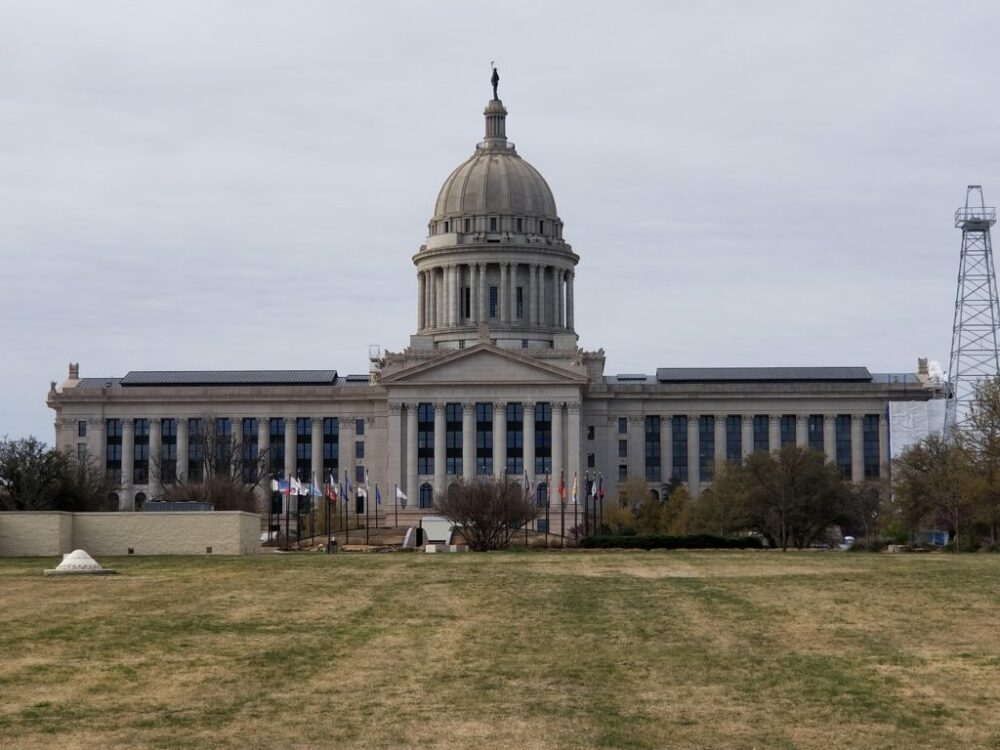 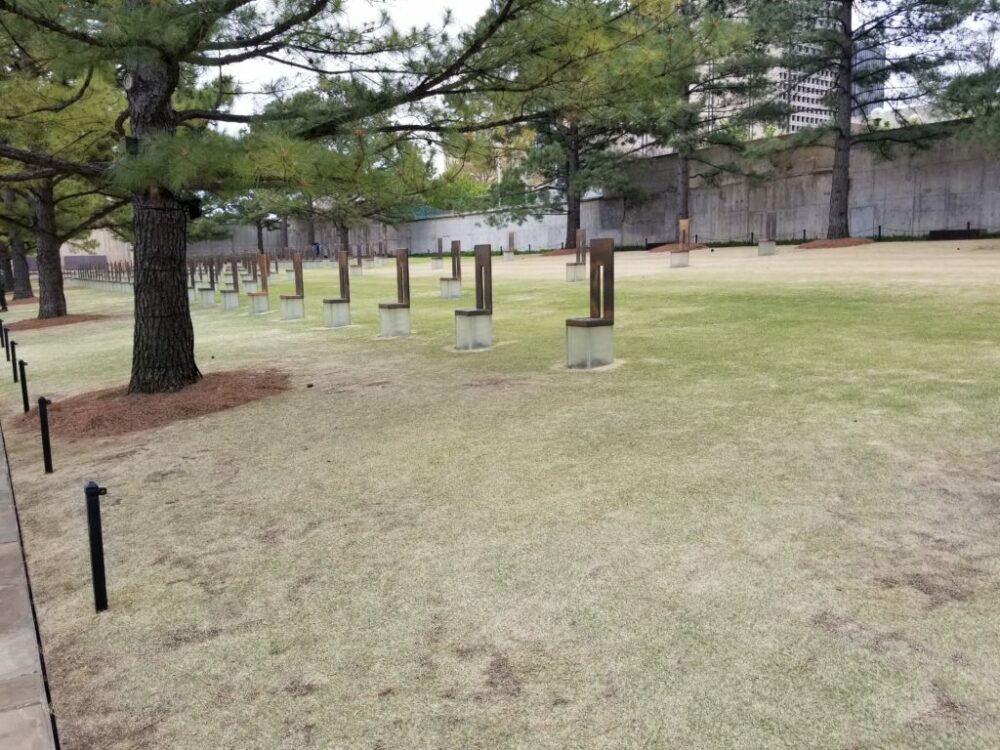 This is the medical examiners count of victim recovery and identification. The blast was so devastating it took nearly 6 weeks to recover the last of the victims. 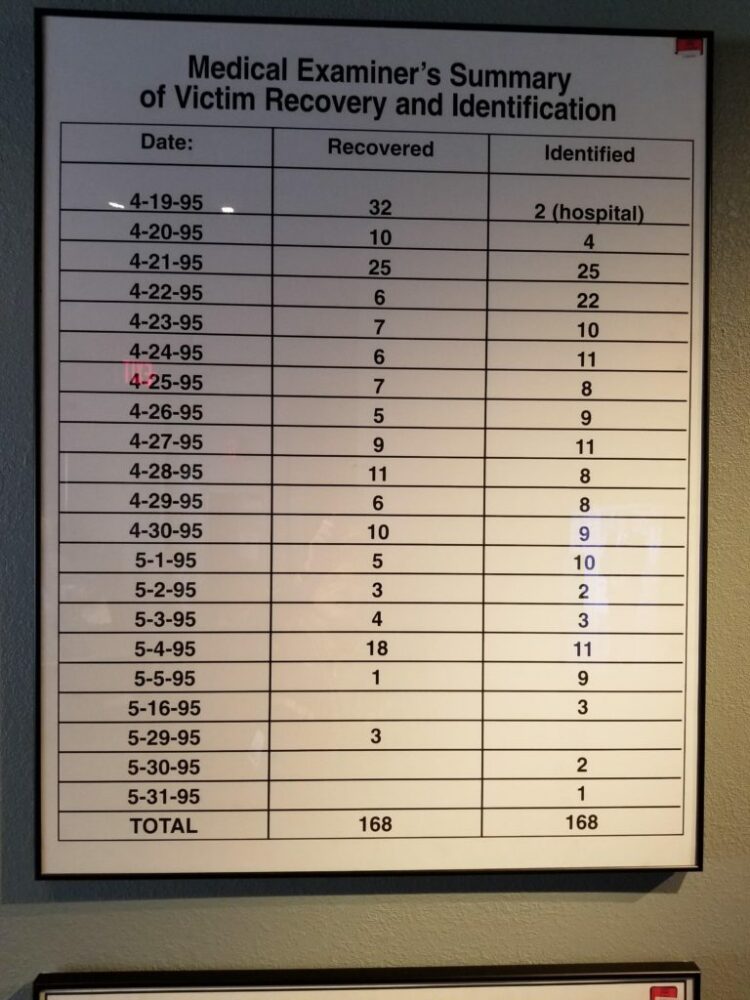 Today, 23 years after the bombing, people continue to leave remembrances for those who died. 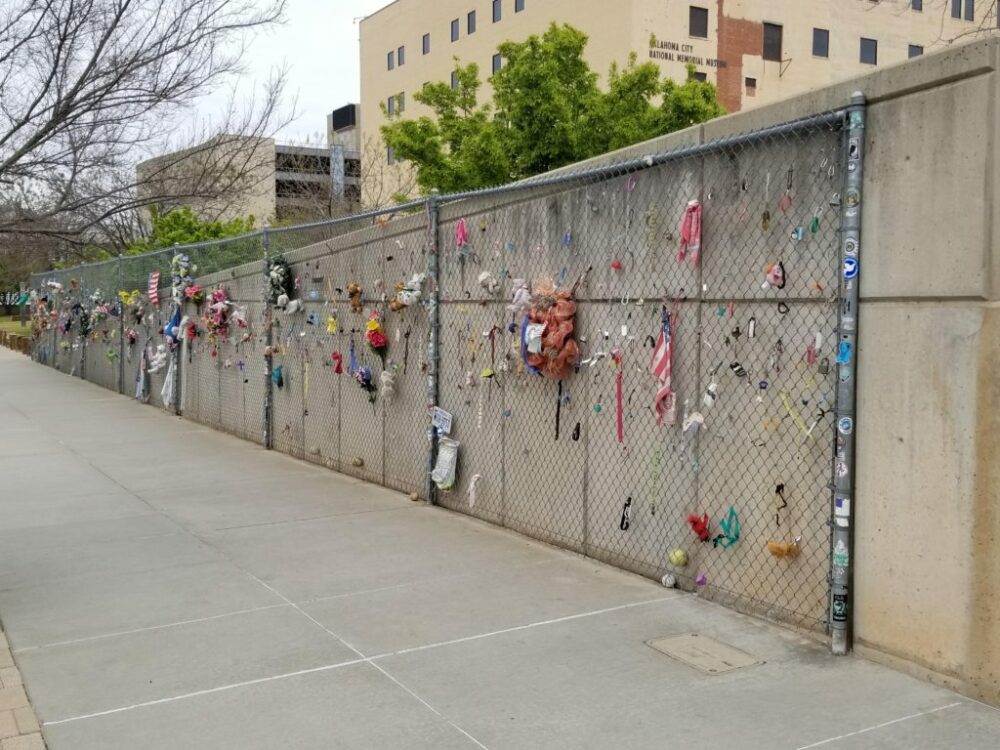 There were 5 people outside the building who died as well. More than 680 people were injured. Over 300 building sustained some damage and nearly 100 cars were damaged or destroyed.

I’ve been to the Vietnam Memorial in Washington DC and the mood here is much like it is there. Very respectful, quiet. In one room are pictures of all the dead. A speaker repeats a loop reading the names of all the victims. Very well done memorial.

Cool bridge on Route 66 further west. There are 23 pairs of the supports (called Ponies) which gives the image that they are going on into infinity. Good thing there was no traffic, I was standing in the middle of the road. 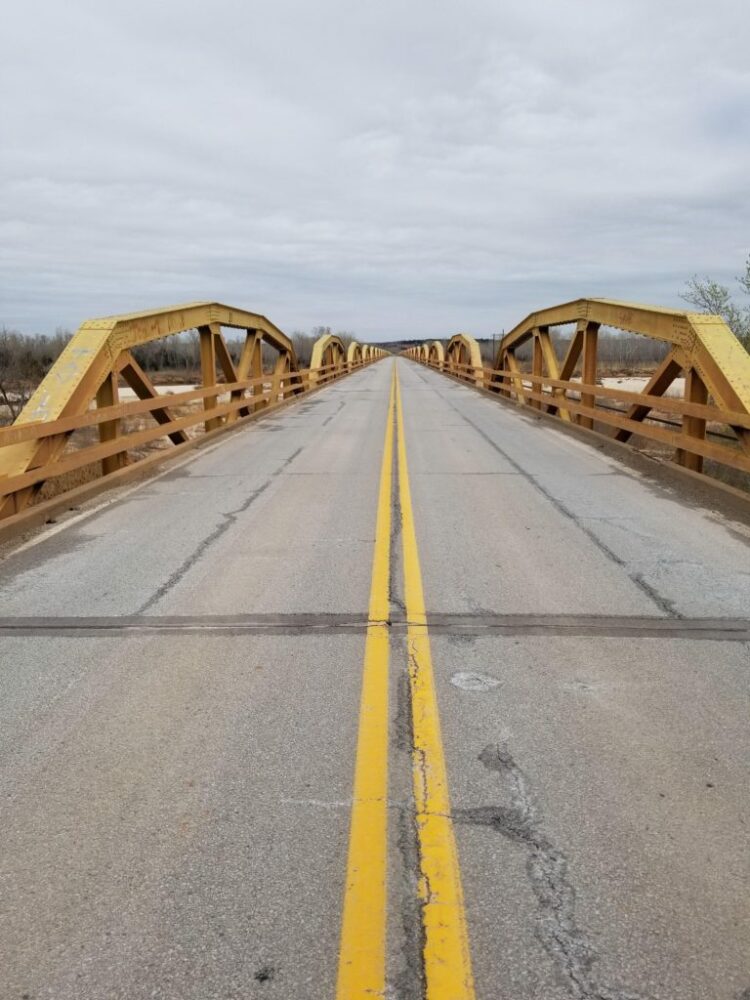 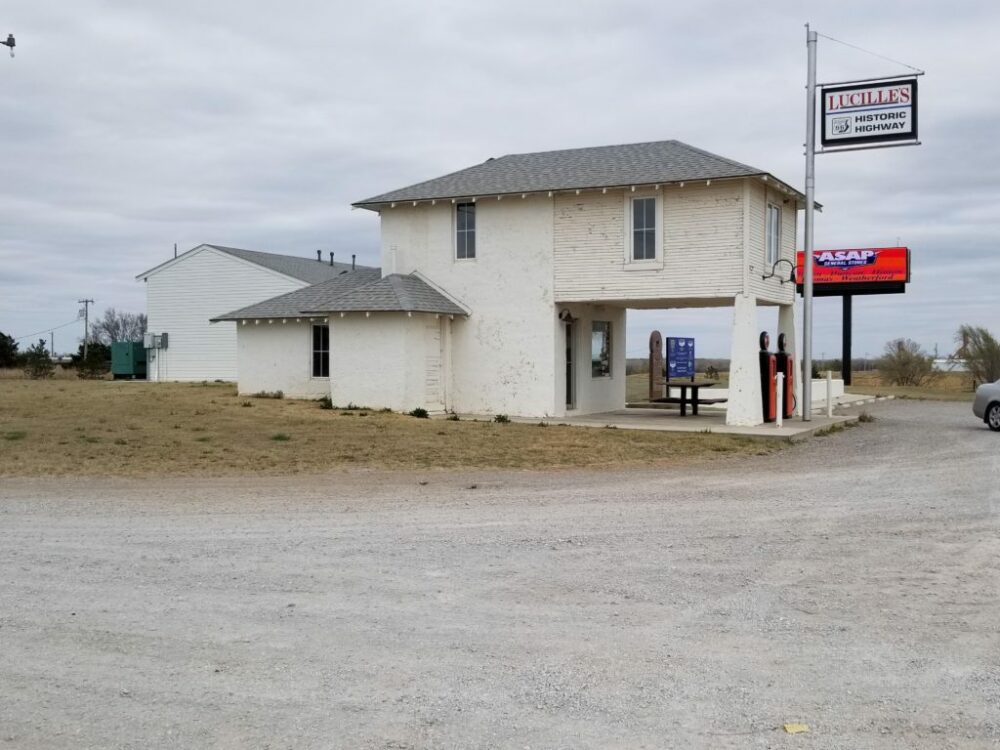 Great museum in the small town of Clinton OK. Very well done. Supported by the community, tickets and donations. 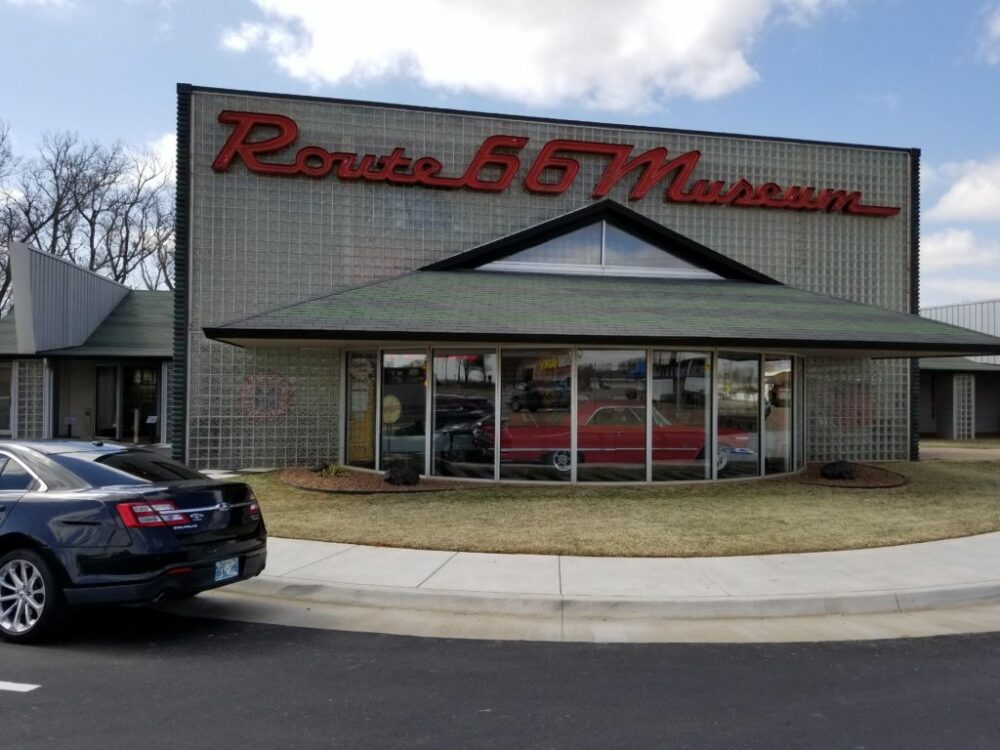 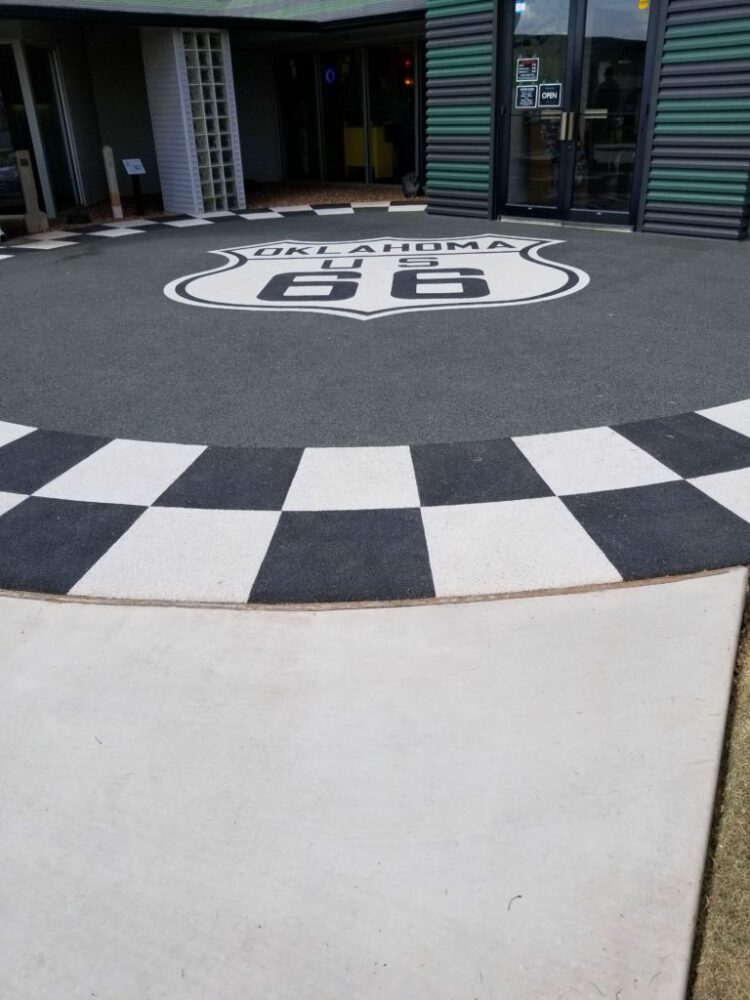 One of the many scenes inside the museum. Again, more pictures for the Road Trip Book. Too many to place here. The next town beyond is trying to get in on the “giant” thing. It’s a giant Route 66 sign! *sigh* 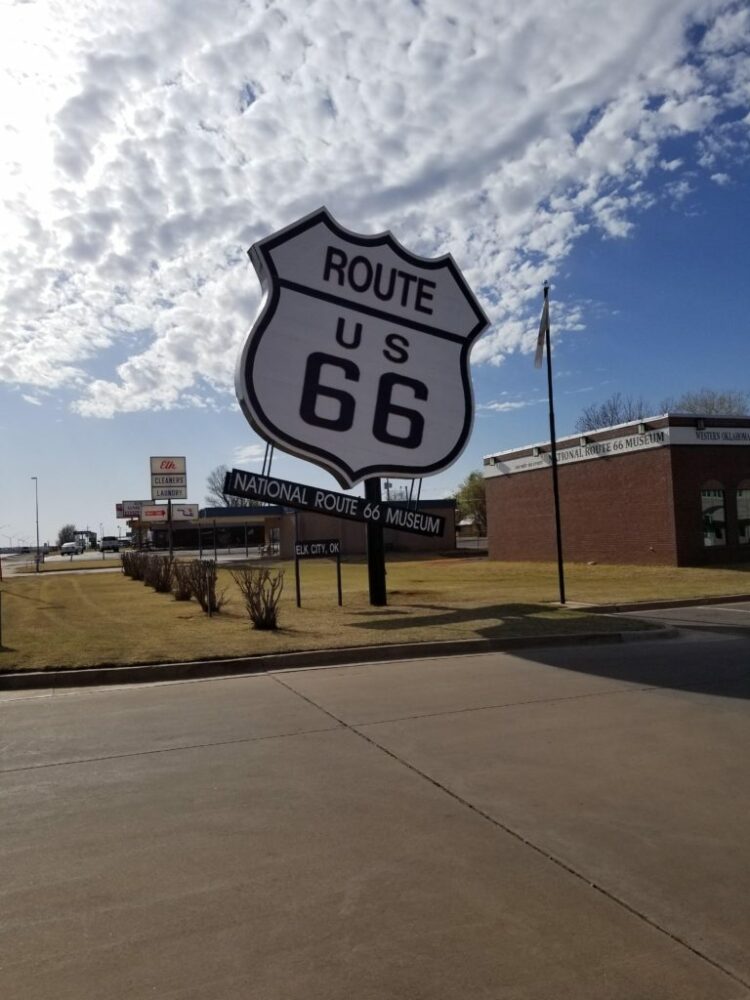 Definitely getting much farther between attractions. I’m seeing more than I’m blogging about as you don’t need to see too many restored gas stations. In person, they all have their charm but lose something when shown in pictures. I believe there are a few more “giants” so please bear with me!

Maybe a song for today (related to Oklahoma City bombing)? “Tears in Heaven” by Eric Clapton?

The Driveby Tourist needs to start watching his schedule. Started out without a schedule but that’s hard for someone like me who has been driven by a schedule my whole life. …but still trying to keep it calm.

Day after the day following Route 66 trip! Wrap up