Surprising what you can see when going on a trip often taken. Just get off your regular route. 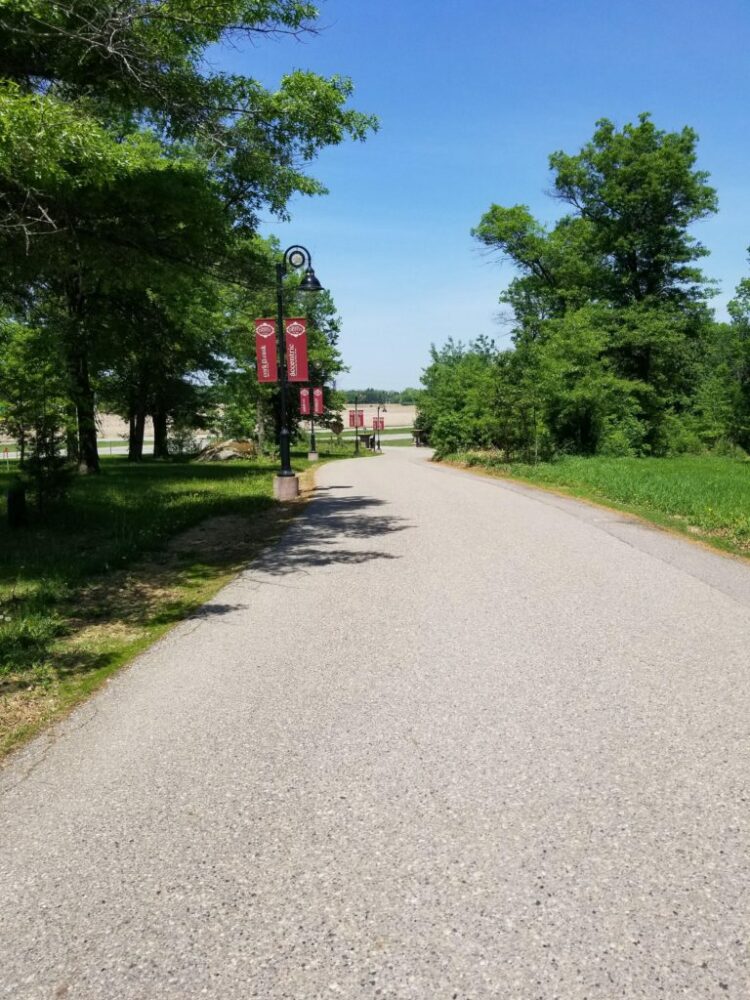 Not a road going any place in particular, just the “Road Less Traveled”. 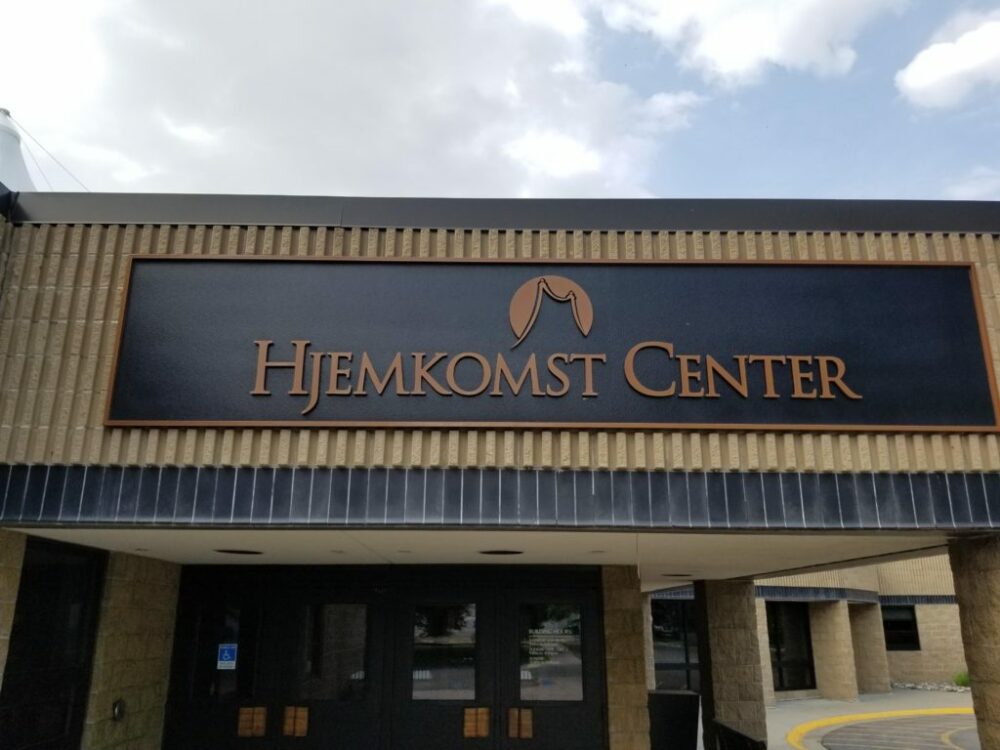 Moorhead MN – Hjemkomst means “Welcome” in Norwegian. Following are pictures and information regarding the contents. 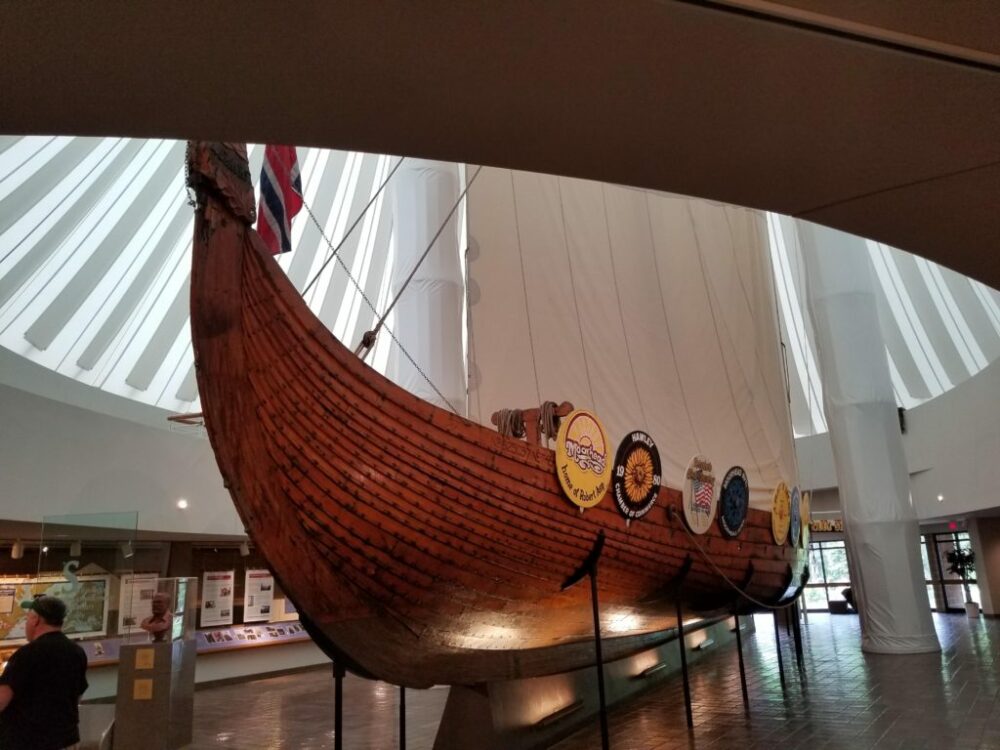 The museum is a tight fit for the ship. This is a replica of a Viking ship built by Robert Asp, a Moorhead public school teacher at the time. 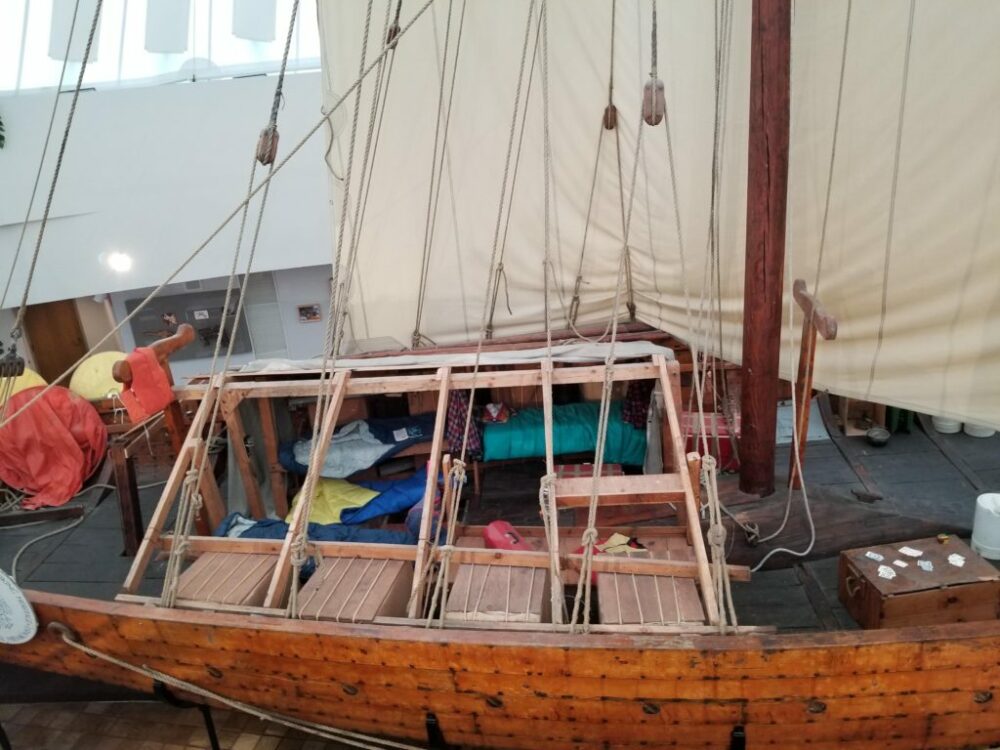 Picture of the sleeping quarters from above on a walkway. 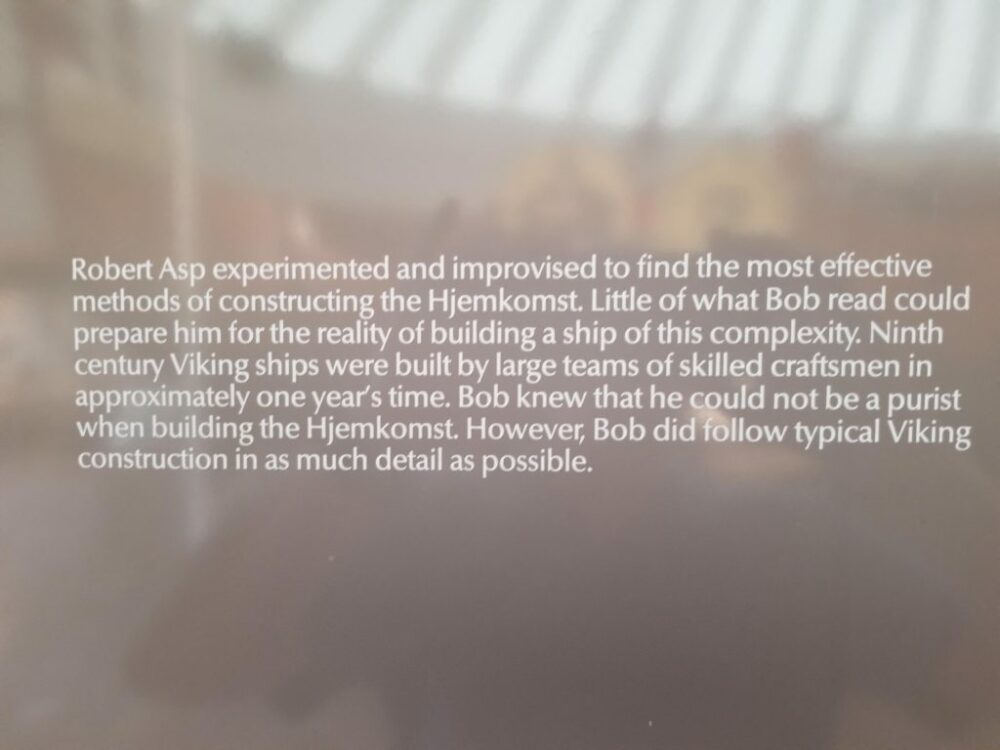 Robert built the ship with volunteer help and volunteer materials in a warehouse in Hawley MN. It became a family and community effort and Bob worked hard to keep as close to the Viking construction detail as he could. 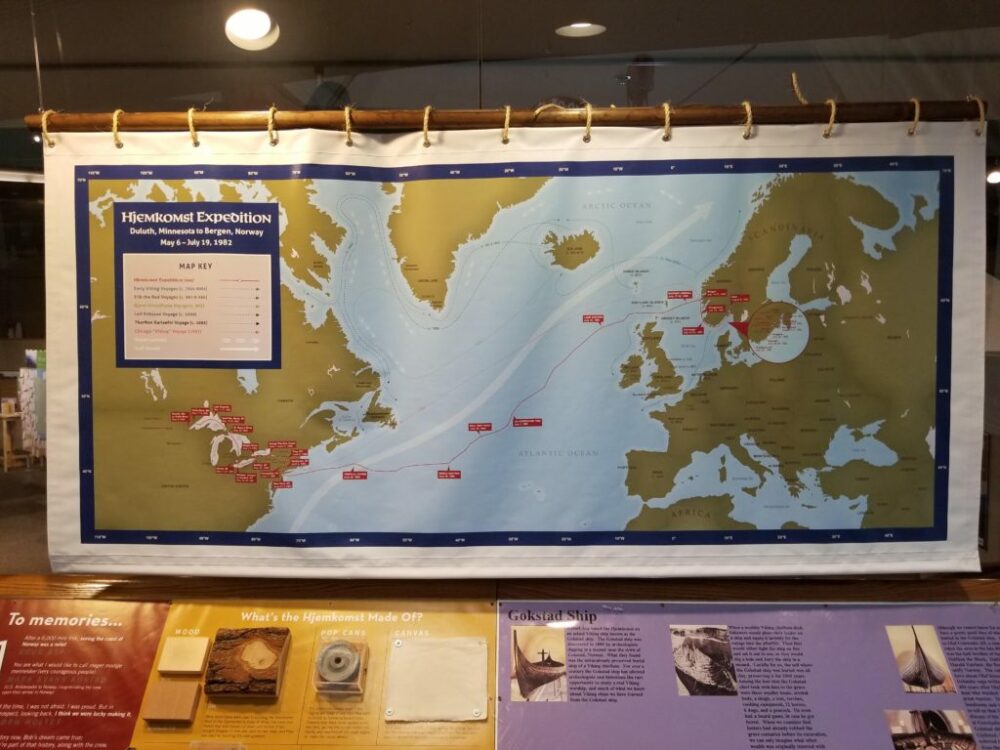 This is a picture of the route the ship took in 1982. Left Duluth in May and landed in Bergen Norway in July. Unfortunately, Robert had died prior to the trip but 3 of his children made the trip. He was well enough the previous summer to do test sails on Lake Superior.  After continuing the trip to Oslo, the ship was shipped back to Moorhead and stored until this museum could be built. Fargo – Moorhead (like much of North Dakota and northwestern Minnesota), has a high percentage of people of Norwegian descent and this is a great story for the area. 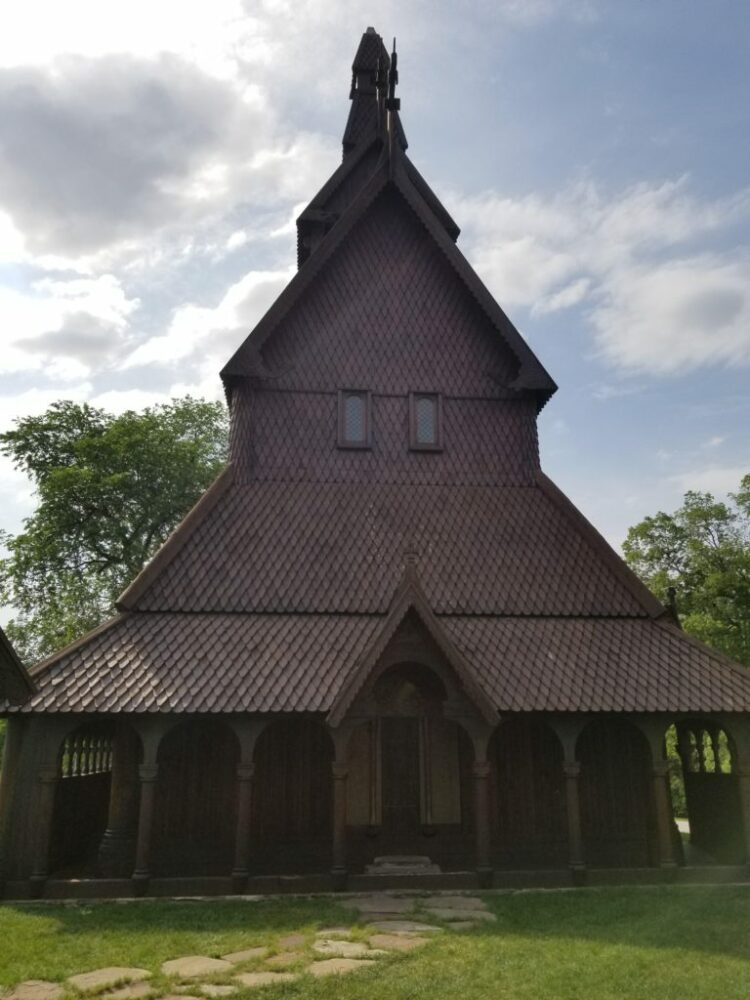 This is a model of a Stave church from the Viking era that was built behind the Hjemkomst Center. The construction details from that era where also followed. 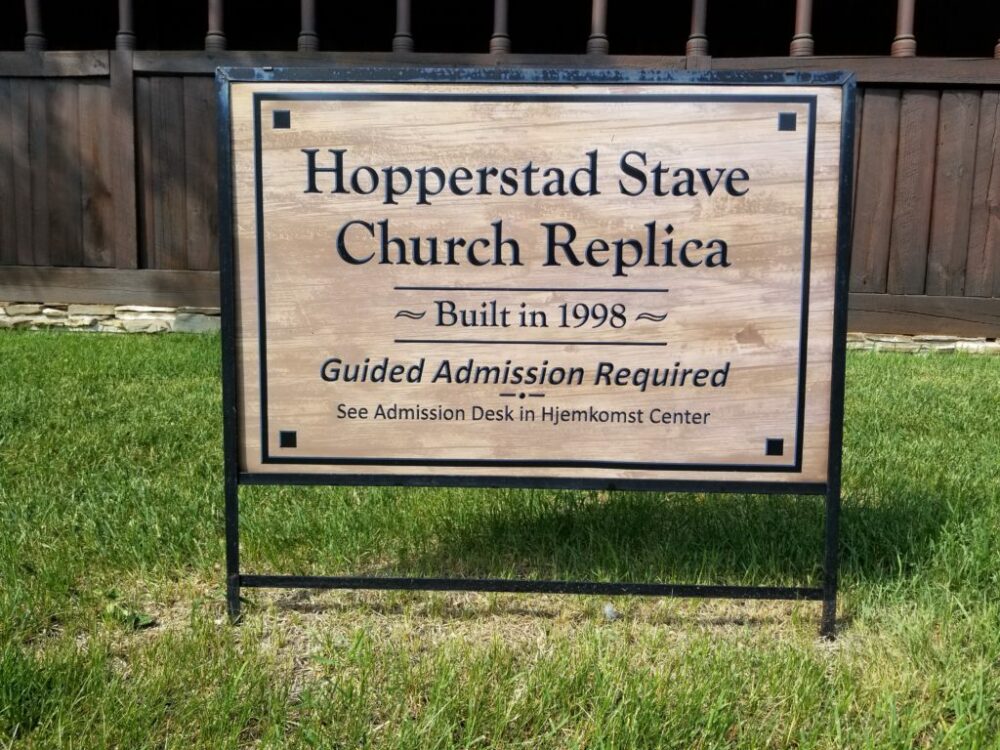 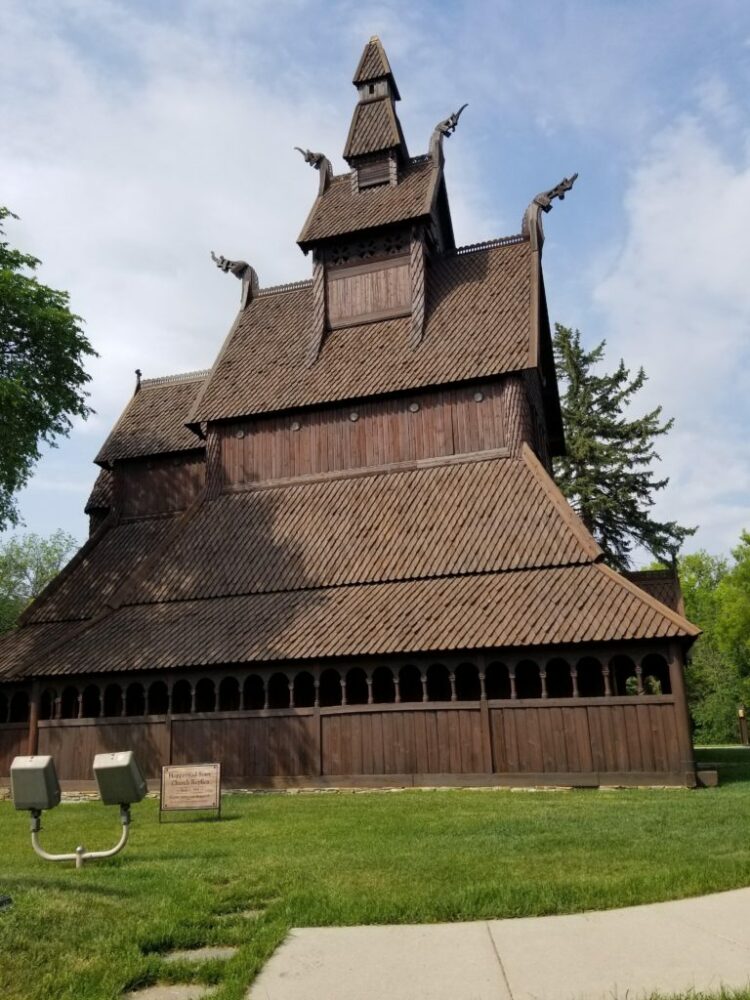 Another view of the church with better light. 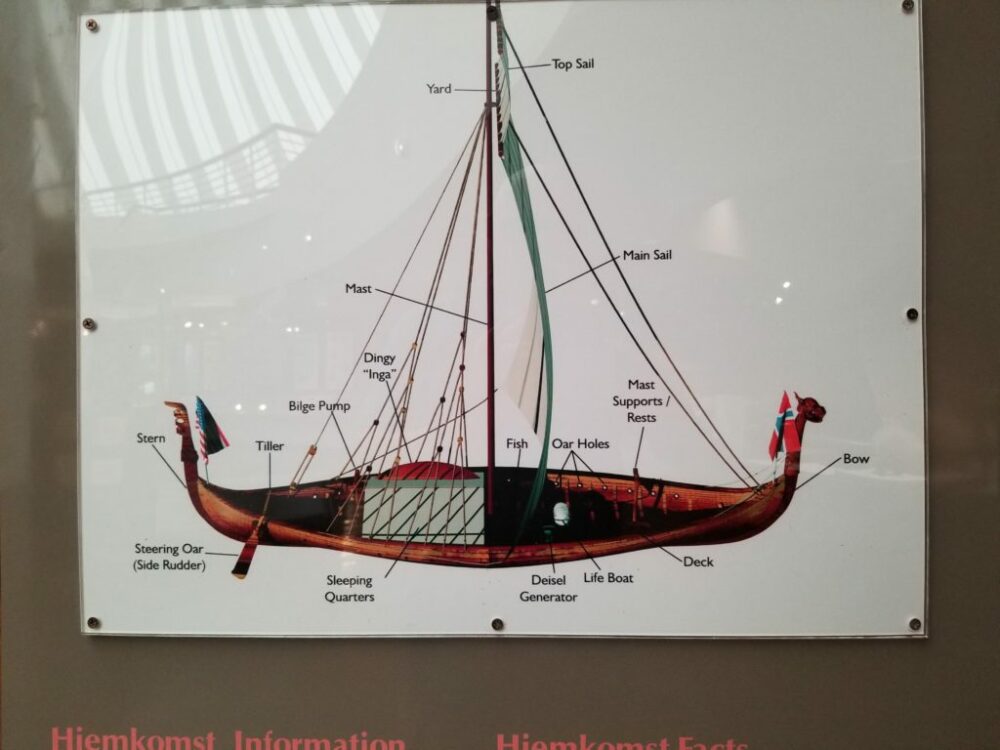 Back in the museum, a drawing of the Hjemkomst ship. 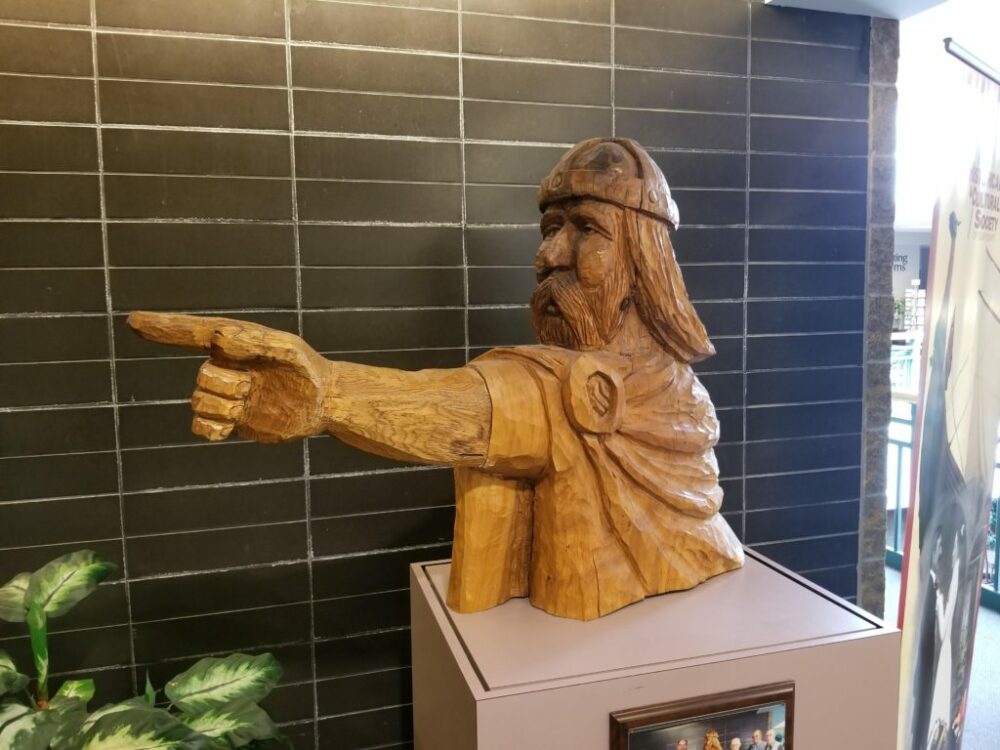 ..And a replica of a Viking!

Moving over to the North Dakota side of the Red River of the North. This restored Art Deco theater in downtown Fargo is a community showplace with live performances, classic movies and other events. It also contains a restored theater organ which is used in some of the events at the Theater.  The Theater was a large part (for the area) when the movie Fargo won Academy awards back in the 1990’s. 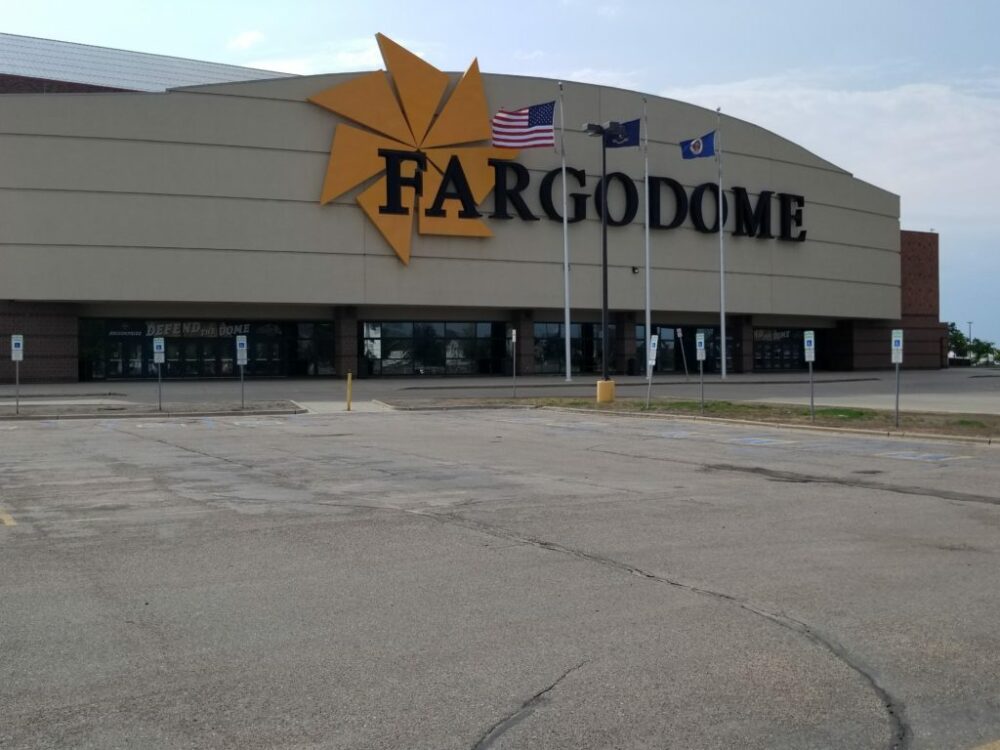 Also… The FargoDome, home of the North Dakota State Bison, winners of the Division I FCS football championship for 6 of the last 7 years. Another Bison claim to fame: Carson Wentz, currently Philadelphia Eagles quarterback, played his college ball here. (The Bison also won 8 Division II titles before joining Division I in the early 2000’s.) 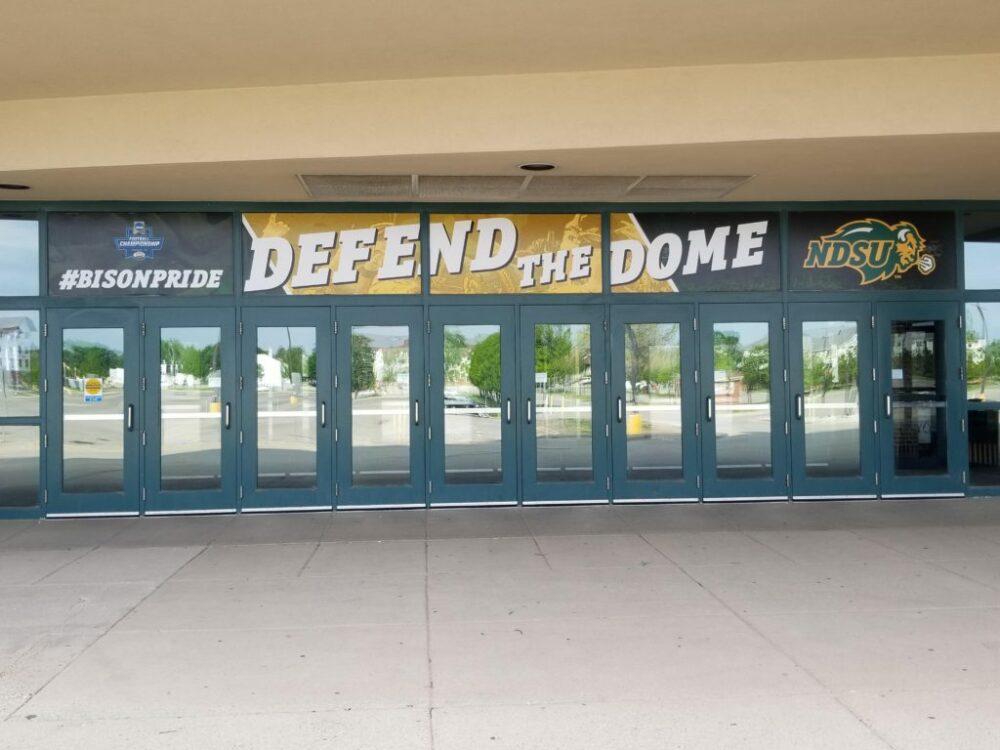 “How about another championship this season!!!” 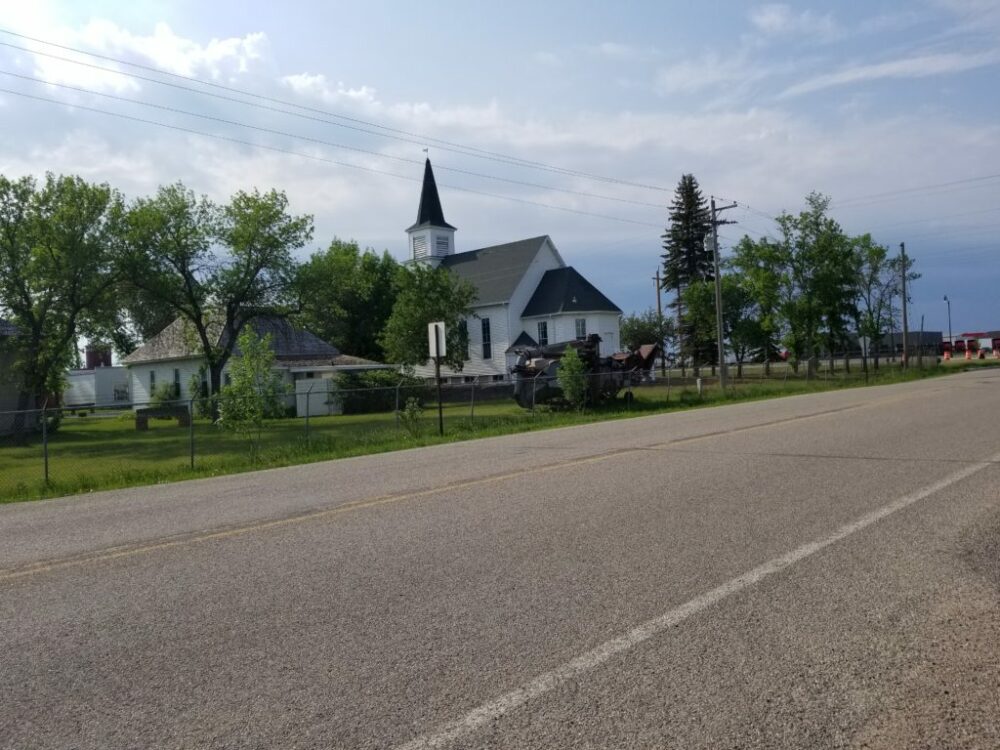 Last on this micro-trip is a view of a historic church at Bonanzaville, a pioneer village replica. Of course closed when I was there, but there are buildings and equipment moved from around North Dakota and Minnesota to duplicate a pioneer village from the late 1800’s.

A micro-trip can be a great experience if you take your mind off the goal of getting from one place to another. Took in these sights, delivered a grand-daughter to Moorhead and had dinner with my daughter in Fargo. Then returned home. Busy day! (500 miles of driving to add to the mix) And here is a link to another microtrip!