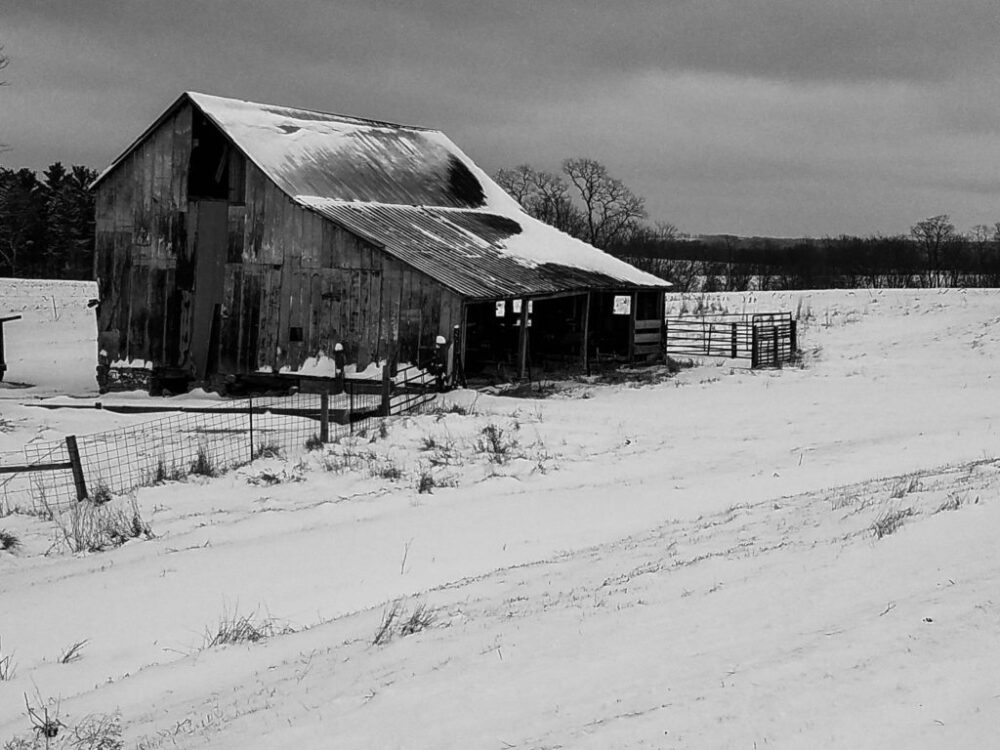 Abandoned barn on the path to see another river view. The road runs away from the river here in Southern Wisconsin. 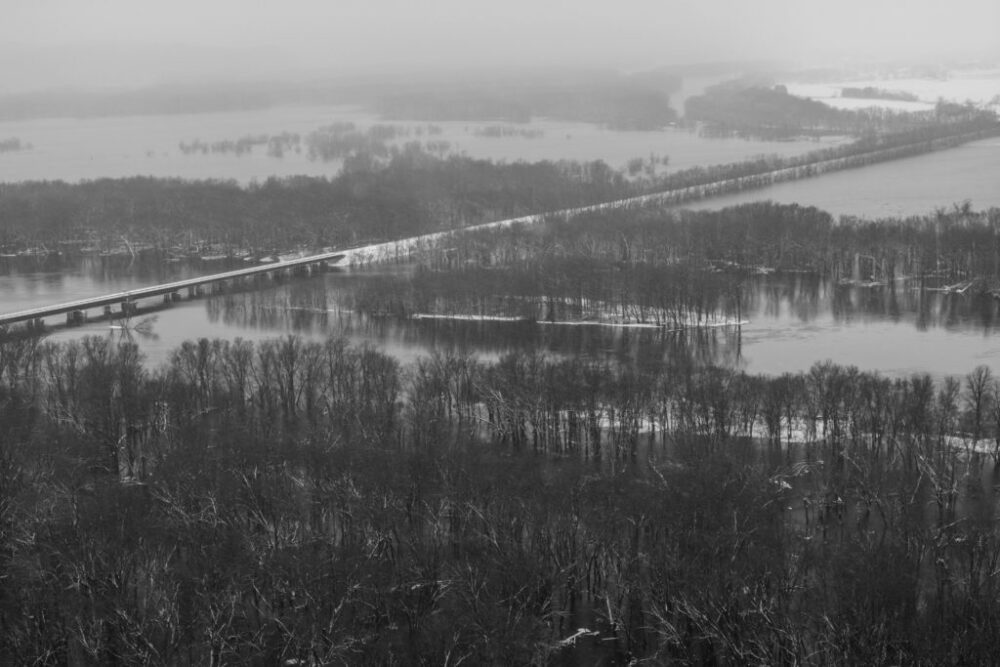 Confluence of the Wisconsin River and the Mississippi. Some snow again this morning. Hope I run out of it before end of day today. 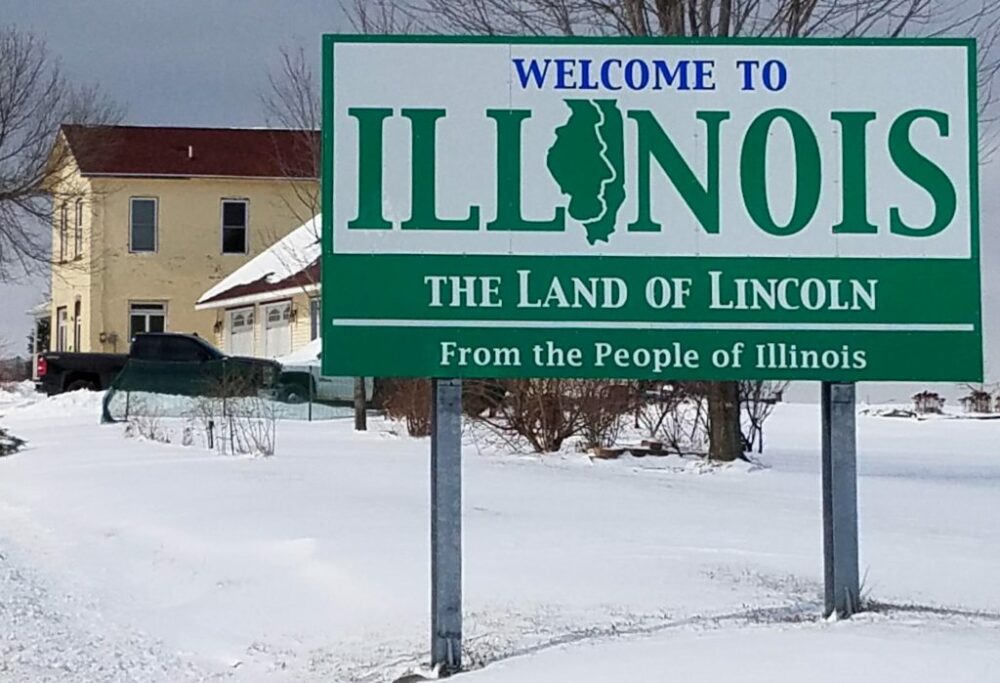 Made it to Illinois without sliding off the road! 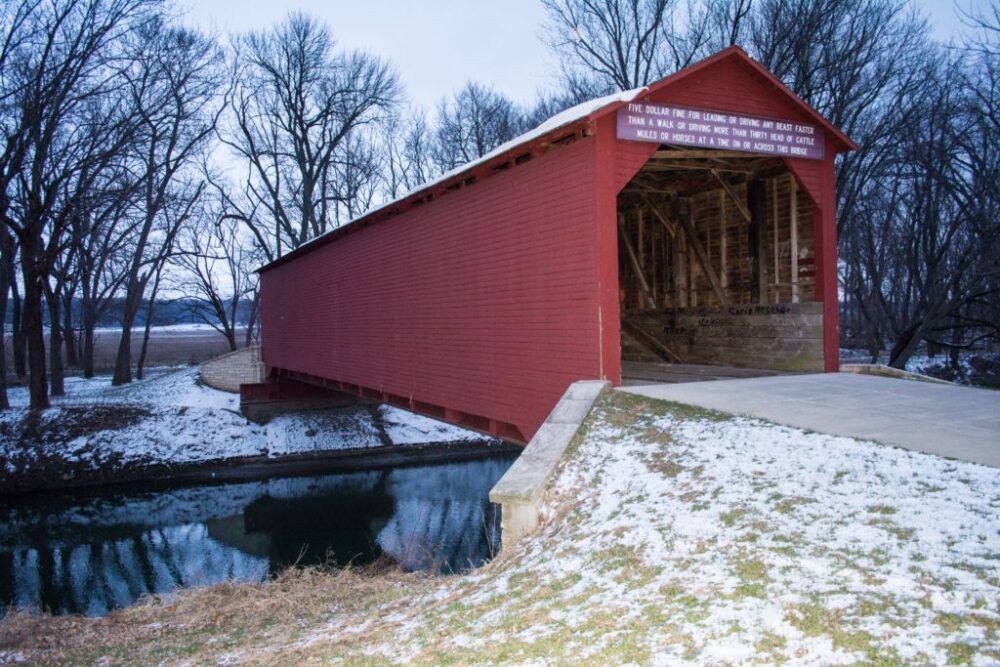 Covered bridge in Oquawka, IL. Last stop as the daylight was fading fast!

Now the narrative for the day. Kind of rambling but that’s what you get when you put a retired guy on the road who doesn’t like to stop for much.

Just checked in about an hour ago for the night. I’m in a hotel in Nauvoo IL that was built in the 1800’s and it’s almost across the street from a Mormon temple. Original this town was heavily Mormon before they moved west. The temple is still operational. I’ll see more of it tomorrow.

Have been on a great road trip. Trying to make sure I don’t make it a “job” and need to be at a specific place at a specific time. The last two nights I just called a hotel about an hour or so before I wanted to stop. I’m in a hotel that was built in the 1800’s. Interesting. At least the bed feels comfortable.

Had snow yesterday and this morning and it’s been cold. Was slippery for the first 50 miles or so this morning.

I’m continuing on the GRR. Have seen some great sights and just having a good time taking it easy, going down the road. I’m in Nauvoo IL tonight, (I already said that, didn’t I?). Tomorrow will view a large LDS (Mormon) temple before I head out. Apparently this was a Mormon settlement before they moved west later. The temple is still operating and all lit up at night.

(I’m just rambling on so it you have someplace to be, maybe you can skip the rest!)

Also saw a number of Lock and Dams along the way. I’m not posting any more of them ’cause if you’ve seen one you’ve seen them all!

Yesterday, I had a late lunch at “The Pickle Factory” a “sports bar” type place in Pepin WI. Talked to the owner for a while. He’s a Concordia (Moorhead) grad and was athletic director at Edina schools before retiring and buying the place 5 years ago. (I know, I’m repeating again.) Stop by if you get down that way. They are only open weekends until later in the spring but right on the river and extreme friendliness! Yesterday was snowing and overcast but still a fun drive. Would be great in the summer.

Today, didn’t get a chance to talk to a lot of people but did make some phone calls (I know I shouldn’t do that, but at least it was “hands free”).

Tomorrow I’m hoping for warmer weather as I get south but will just “bundle up” and take more pictures as I see things I like. Warmest I’ve seen has been 32 degrees. A problem as been that I see something I’d like to photograph and there is not shoulder, only one lane and no turn offs close by.

Probably be in Memphis in a couple of days and looks like mid-40’s and maybe into the 50’s. I’ve seen Graceland but want to have dinner at a Blue’s club and listen to some good Blues. I’m aiming for B. B. King’s place if I can get in.

Did anyone know that the Mississippi flows from east to west for about 30 miles or so around the Quad Cities? Little bit of trivia. May win you a bar bet sometime! Also, speaking of Trivia, did you know that the Twin Cities is the largest metro area on the Mississippi?

Too many small town gas stations and small grocery stores are being replaced with Casey’s, 7-11’s, Kwik Trips, etc. But at least Casey’s does try to retain the small town flavor.

I’m going south in the eastern US and coming back north in the western US. Although the roads are likely never more than 20 miles apart and sometimes are almost in sight of each other across the river. Will make 10 states by the time I get back.

(Maybe I should write a “laid back” travel blog so I have an excuse for just wondering around the country!)

I think that’s enough for tonight. There will be a quiz tomorrow so make sure you’ve read everything. And for those who were fooled by “I’m just rambling, you may want to quit”, they will fail!

I’ll leave this post at one day as well. Sorry about not posting for several days. Hope to get back to at least every 2 and 3 days. Here is a link ahead to next post.