More rambling… Woke up in Nauvoo IL and visited the LDS Temple and the Family Research Center.  (Was going to post 2 or even 3 days together but so far one day has been enough. Gives you a good sense of the trip to see a day at a time, but may still post a couple of days in one post.) 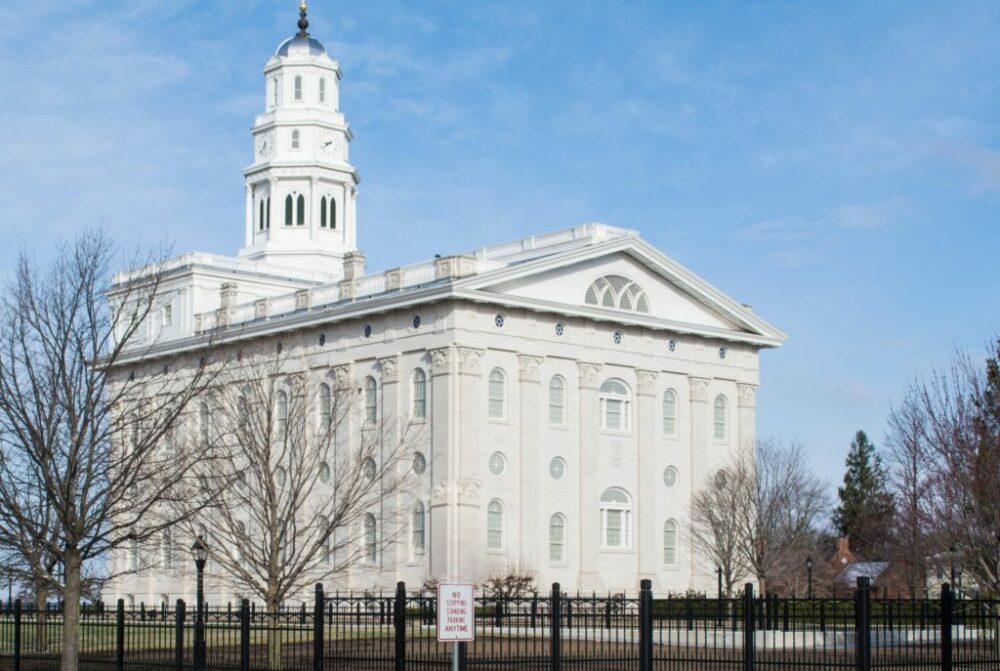 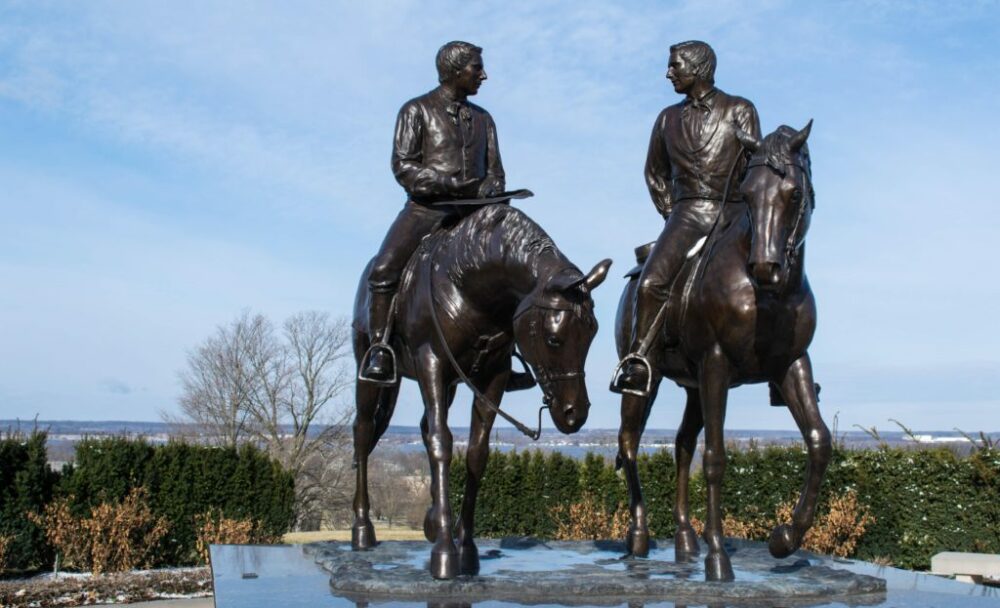 Picture is a statue of Joseph Smith and his brother. The plaque explains it a bit. He left this Temple unfinished and went on other business. He and his brother were killed by a mob in Carthage IL after they’d been charged with treason and conspiracy. The Mormons were persecuted back then. I’m sure many of you remember that from history.

On a better note, the Family Search Center was fascinating. Heard of it for a long time but finally took some time to sign in and look at some available family history. My paternal grandmother’s family has done genealogy research starting in the 1950’s and found ancestors back into the 1790’s in Europe. That is in their system as well as a lot of information available from census records, immigration records, etc. Now just need to find more on the other three grandparents! (Sister said she would help. Think she has more patience than I do.) 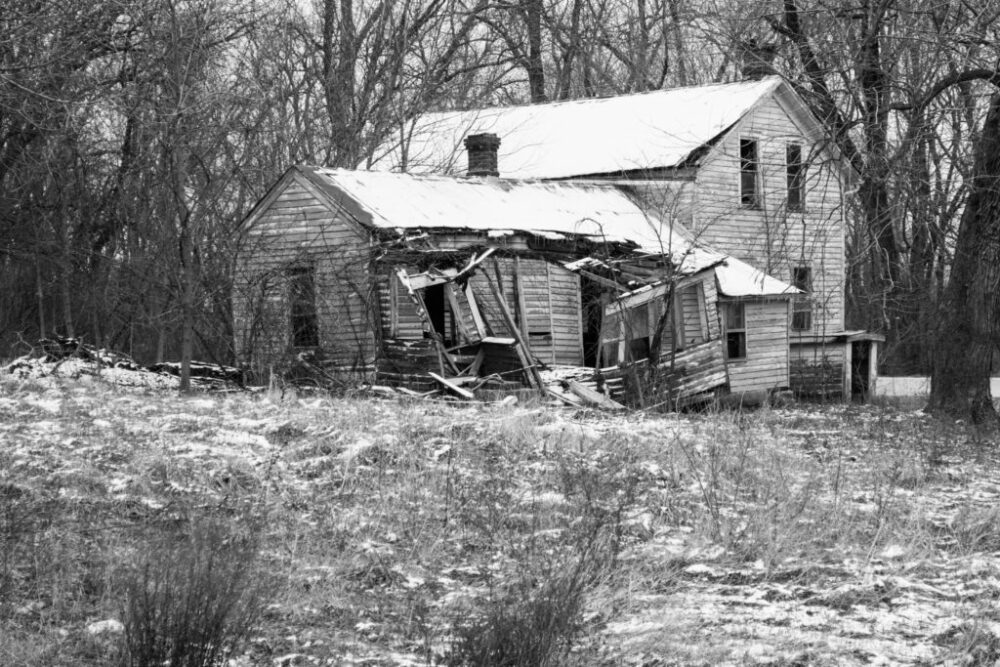 Headed south from Nauvoo. Much of the GRR along here was away from the river. Saw lots of “John Deere tractors”, etc. Was saddened to see a lot of poverty along that route. Here is a picture of an abandoned house. There were many of these along the way. 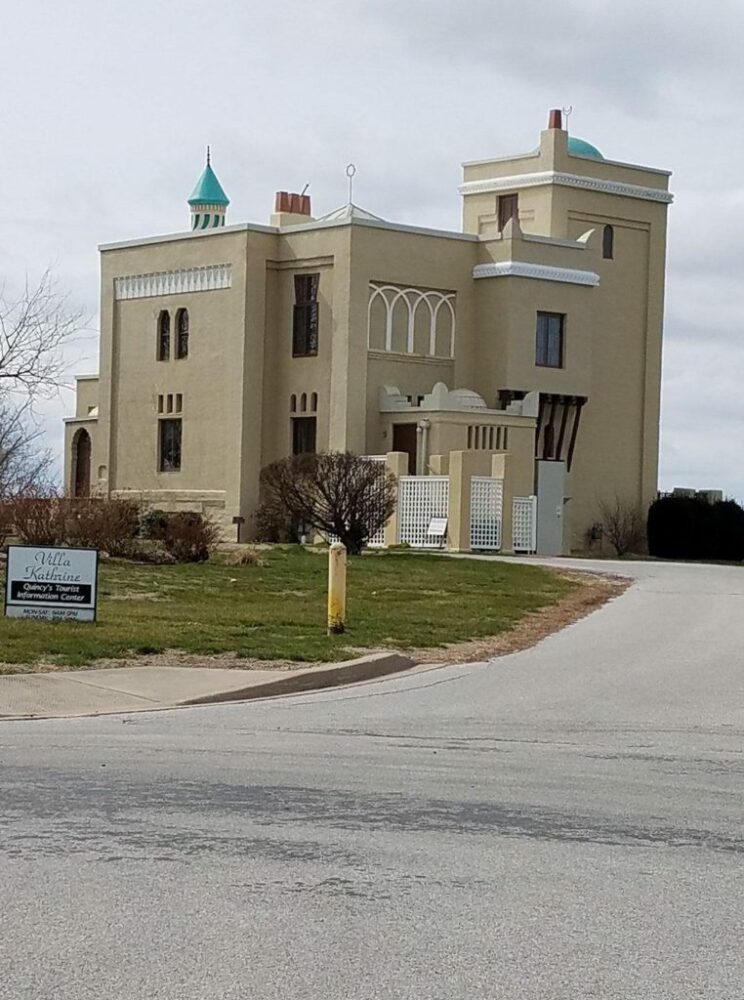 In Quincy IL, there is a Moroccan style house built about 1900. The builder only lived there for 12 years and it had a long history of eventual decline. In 1978 a non-profit bought it and spent 20 years restoring it at a cost of about $1 million. It’s now a small museum and visitor information center. The city’s Convention and Visitors Bureau is also located in the building.

Quincy has about a 10 square block area of very large old homes that are 80 to 100 years old. Many have been restored or just kept updated over the years. Did take a couple of pictures, but houses are houses!

Along the road, there are a number of bluffs, some of which have overlooks of the river. I’ve seen pictures from a number of them before my trip and the ones I found weren’t the same, but… Great views.

From Grafton IL to Alton IL, the GRR is a four lane highway that runs immediately beside the river. Only a guard rail between you and the river. Great views but no place to pull over and take pictures. Did stop a couple of places because there was very little traffic today. 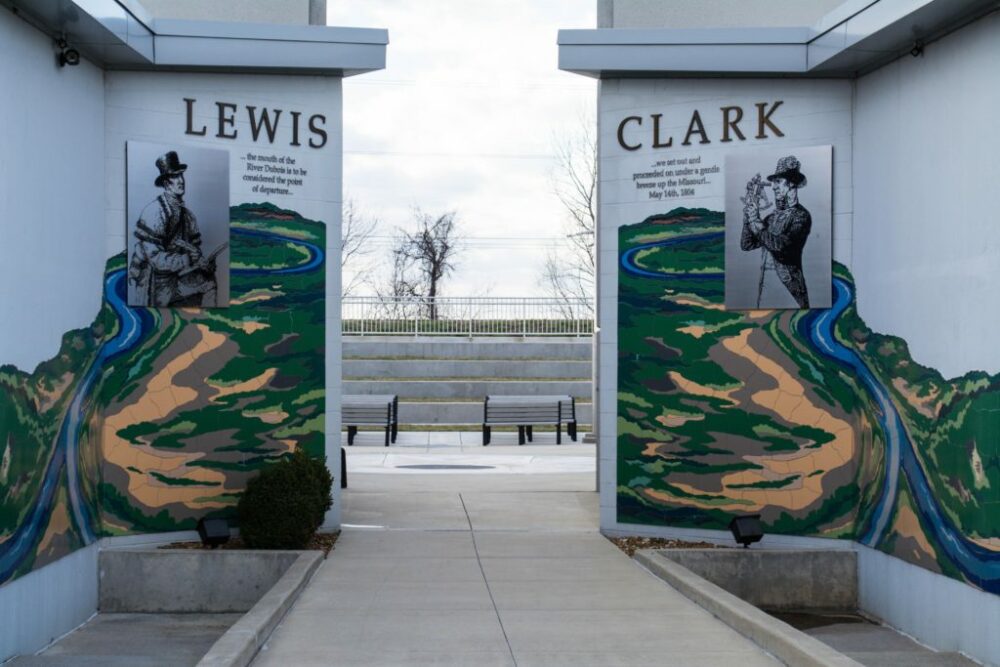 Stopped at the Lewis and Clark Confluence Tower and Visitor center. Unfortunately, missed the Visitor Center by 10 minutes but took a couple of pictures anyway. They have an outside exhibit which displays goals of the Lewis and Clark two-year expedition. To refresh your memory, Thomas Jefferson, then President of the US, commissioned the trip to explore the Louisiana Purchase. Really, he wanted to know what we got for our $0.03 per acre! The trip was financed by Congress for $38,000!

You will notice a lot of barges on the river and a lot of industrial buildings as well. The Mississippi is really a “working river” as a large volume of shipping is done from the Gulf to as far north as the Twin Cities. It’s the great “water highway” of America. 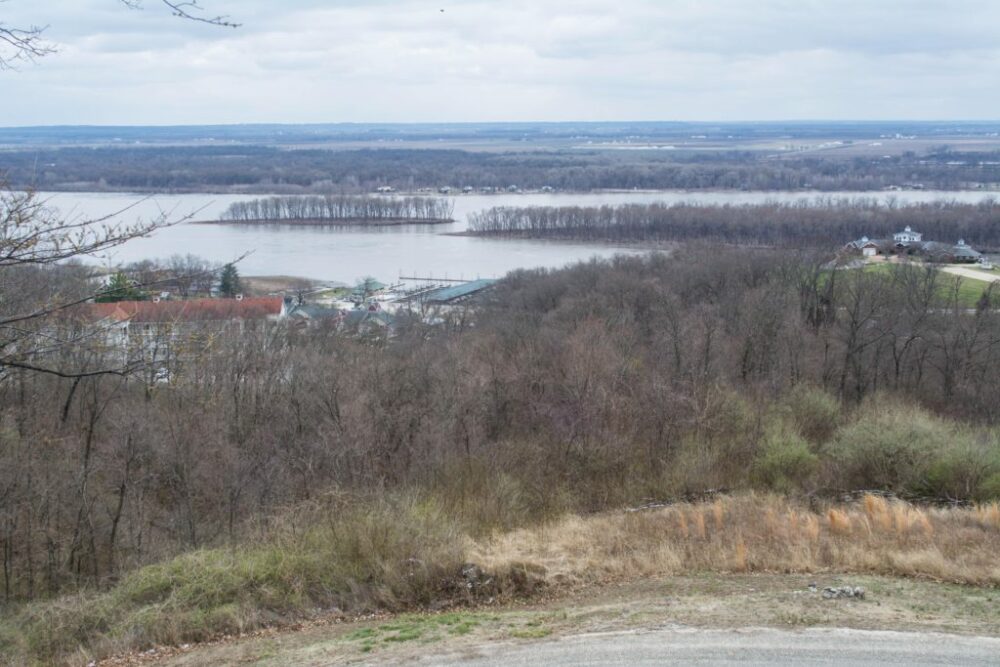 Another river view near Quincy IL. (Still overcast and some mist in the air. But can’t take the pictures when you aren’t there!)

Another interesting day. Can really see a lot of America, warts and all. (Poverty, persecution, etc.) And beautiful scenery, friendly people, parks, etc.

In Chester IL for the night.

Tomorrow, Memphis and points in between. Just a great trip to see such an important part of American history. The Mississippi has always been the dividing line between east and west. Not really a lot of difference on either side right along the river but certainly becomes more “western” moving away from the river. (See Route 66 postings!) Here is a link ahead to the next day.