Hello again, everyone. Let’s get back to reminiscing about the Great River Road. Or is it pretending it is March of 2017 and you are riding along with me!

River access but not spectacular. (Didn’t post the picture here.)  In an area that doesn’t have much river view. Coming up on some view soon. 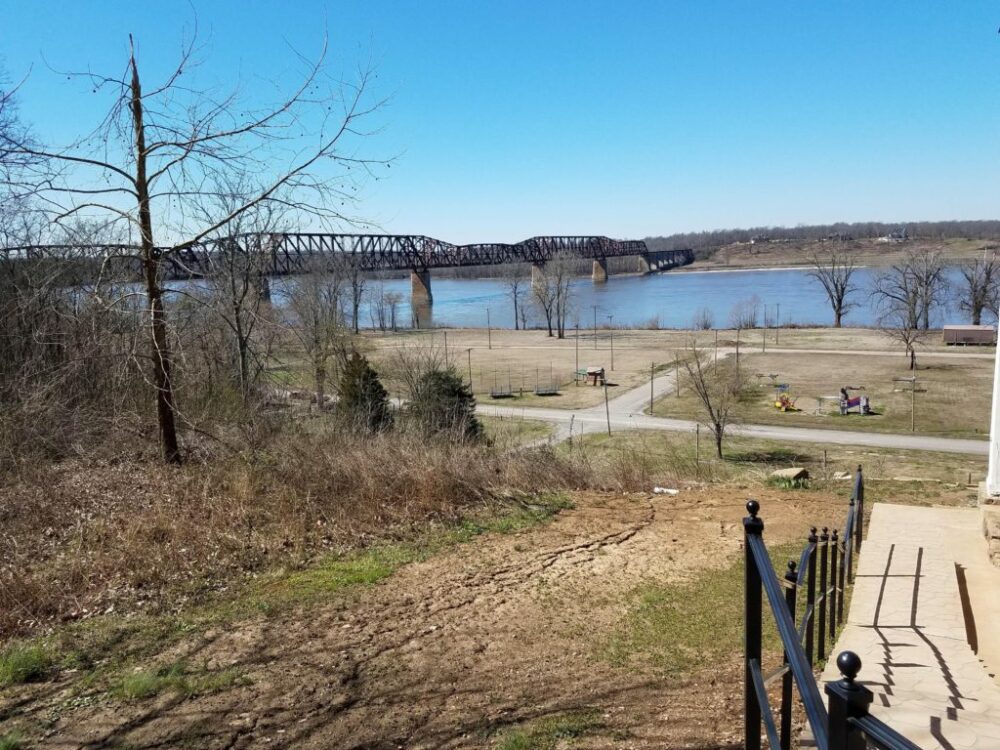 Ah, there’s the view. The Ohio River. In the area of the confluence of the Ohio and the Mississippi.

Just crossed the Ohio River and now in Kentucky. Haven’t seen a welcome to Kentucky. This is the confluence of the Ohio and Mississippi Rivers. Haven’t found a place to take pictures. 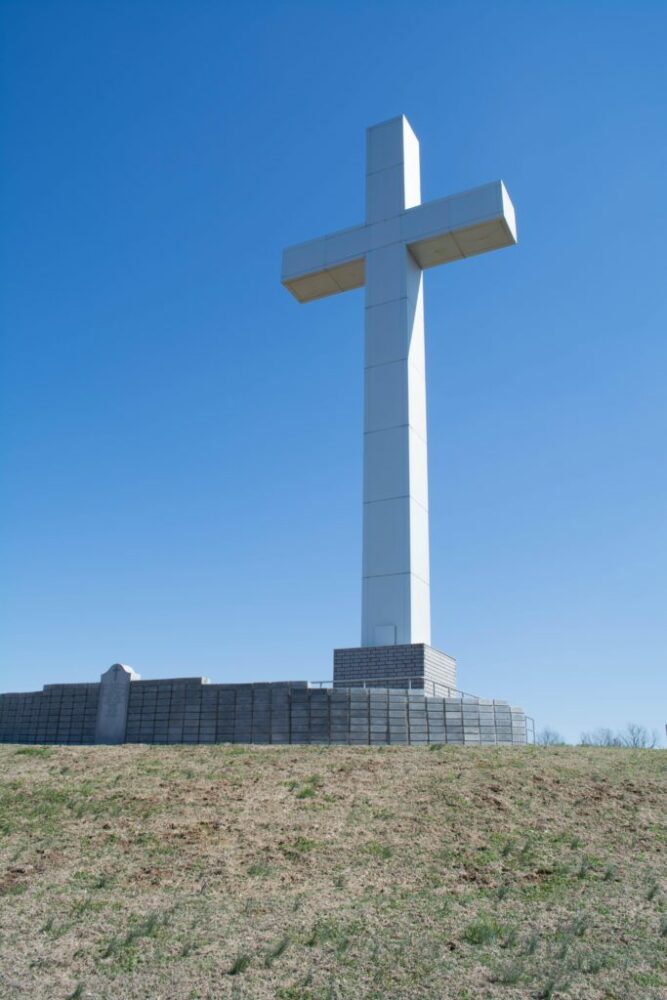 Here, about 10 miles into Kentucky, there is this large cross. There was a large plaque telling about it but with the light, it was impossible to get a good shot. Beautiful view of the cross and below of the river.

This path is by the cross and leads to the river. Mississippi is beginning to get very large with the addition of the Ohio River near here. 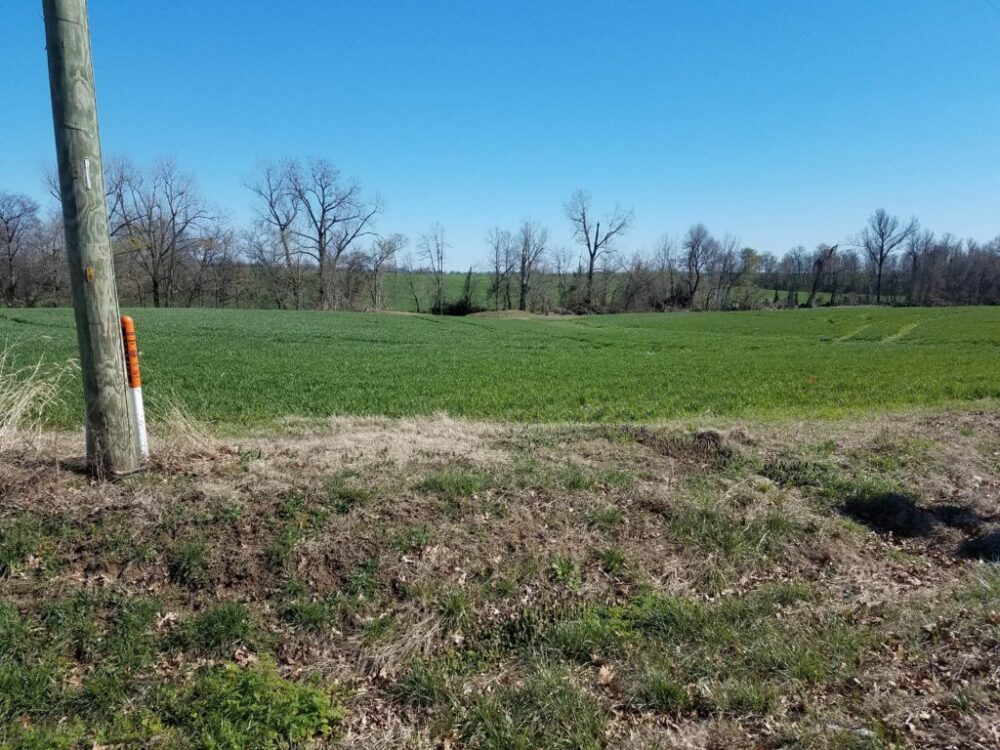 The green field doesn’t mean as much now but it was mid-March so we in the “northland” don’t see green grass this early! 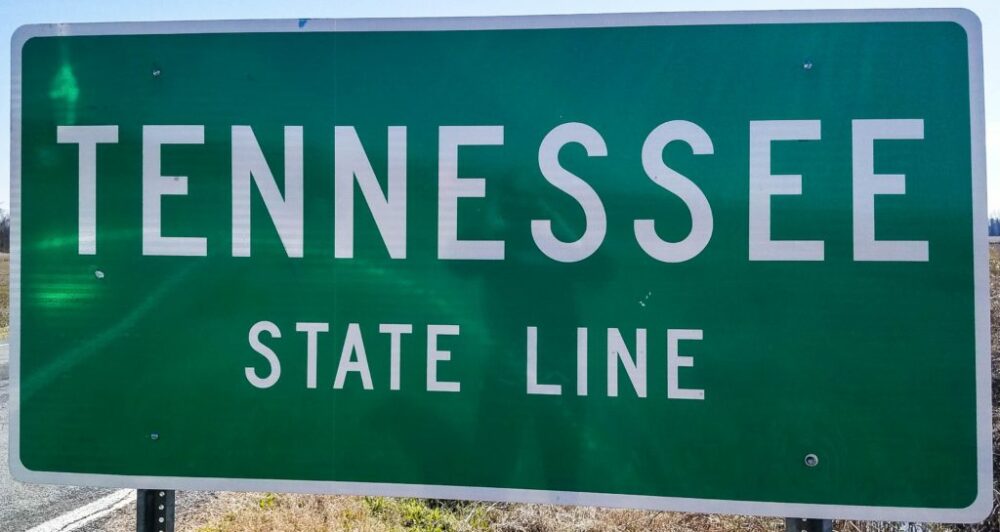 .. and I’m in Tennessee. Again much of the road is away from the river until I get near Memphis. 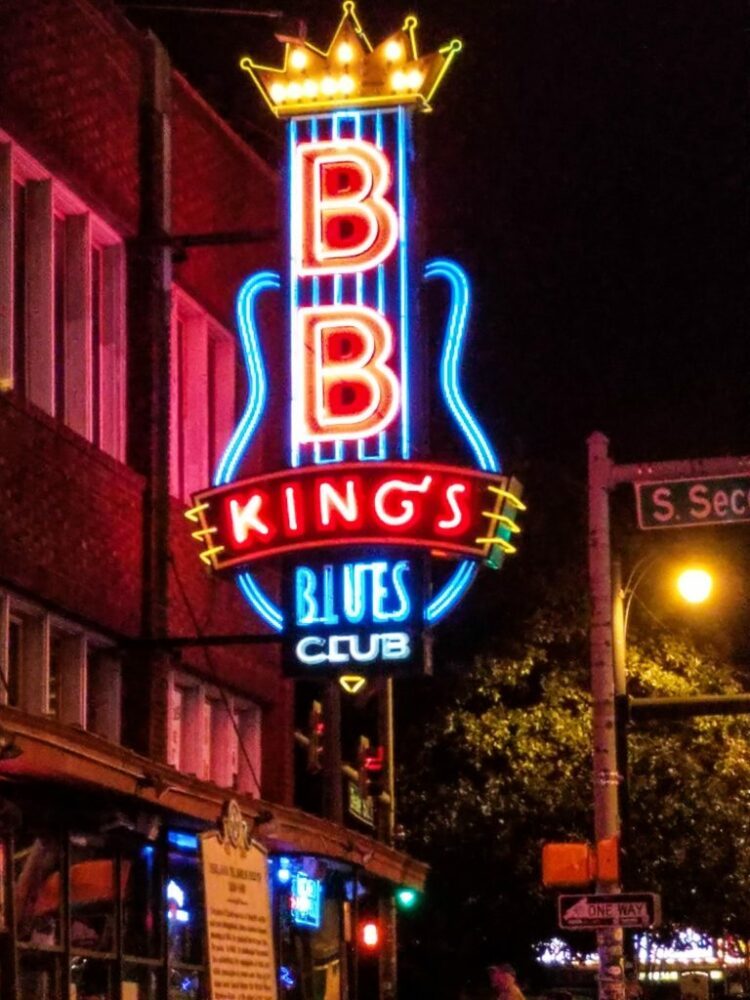 Dinner and Blues. Good time, even by myself. Got through the first set of blues, then had a singer who did a great imitation of Roy Orbison. (I know, that’s not Blue’s!) But an “extra” between Blues sets.

Still rambling… From Chester IL this morning to Memphis tonight. As I already posted was at B. B. King’s Blues Place. Great music and good food. Walked on Beale street a bit. Fun place. They close off a couple of blocks of Beale street in the evening. The locals tell me it’s “packed” on weekends, even when it’s cold. As it is now…

Today was the first day I saw 40 degrees and that was after I reached Tennessee.

Much of this section of the GRR was away from the river. Saw a lot of John Deere tractors! (Again). This is called the Mississippi “Bottomland” and is extremely fertile due to the river floods, but that makes farming it risky as well. Lots of talk about the Flood of ’93 so that must be the big one. I do remember flooding during that time (I mean 1993, not 1893!).

Saw more poverty today. Case in point is Cairo IL.  (It’s pronounced Kay’ Ro.) This was a once bustling shipping port, being at the confluence of the Mississippi and Ohio Rivers. As shipping consolidated and the Interstate system bypassed the town, there are now about 2500 residents down from 15,000 back in the day. The buildings downtown are being reclaimed by nature, crumbling and falling down. Feels like a ghost town in some ways. This is the worst example I saw but there are others as well.

Even though I was mostly away from the river in Kentucky today, the scenery was good. Things are getting green here. (I first saw buds on the trees up north by the Quad Cities.) I’ll see about posting some green crops and grass for my FB friends in the “northland” as we won’t see it up there for a while yet.

Tomorrow, I’ll see the Civil War battlefield and memorials at Vicksburg and expect to get into Natchez tomorrow night.

Four days and still enjoying it. Would have been nice to have warmer weather but when dealing with anything outside, you just go with it. This timing worked better for us than other times later in spring. (And it gets too hot and humid in the south early!)

Again, take the rest of the day off!

A dozen reasons to love WV!