Back again for Day 5. More driving along the river and Vicksburg MS. 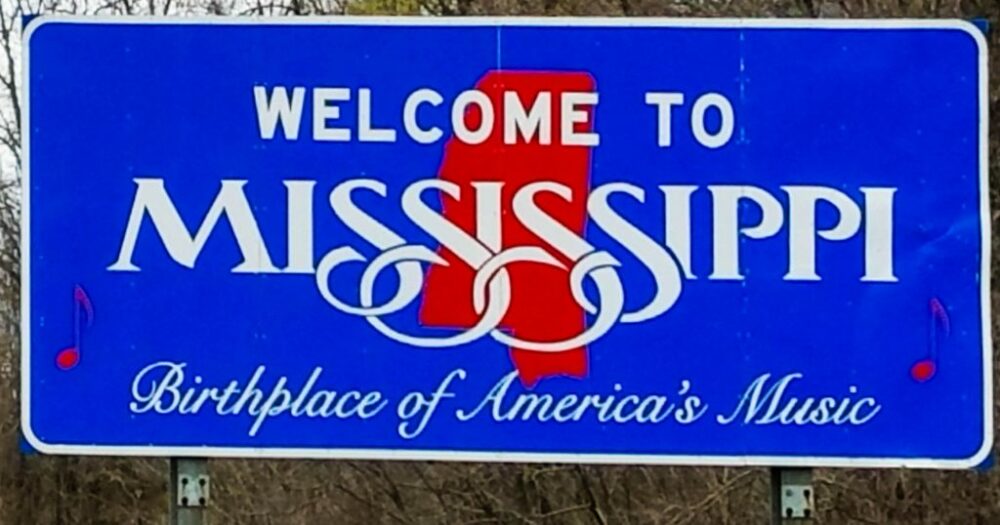 Into Mississippi after spending the night in Memphis. Drove the road (GRR). Got off track a couple of times but back on. Not a lot of pictures as it all looked the same as earlier pictures. On to Vicksburg. 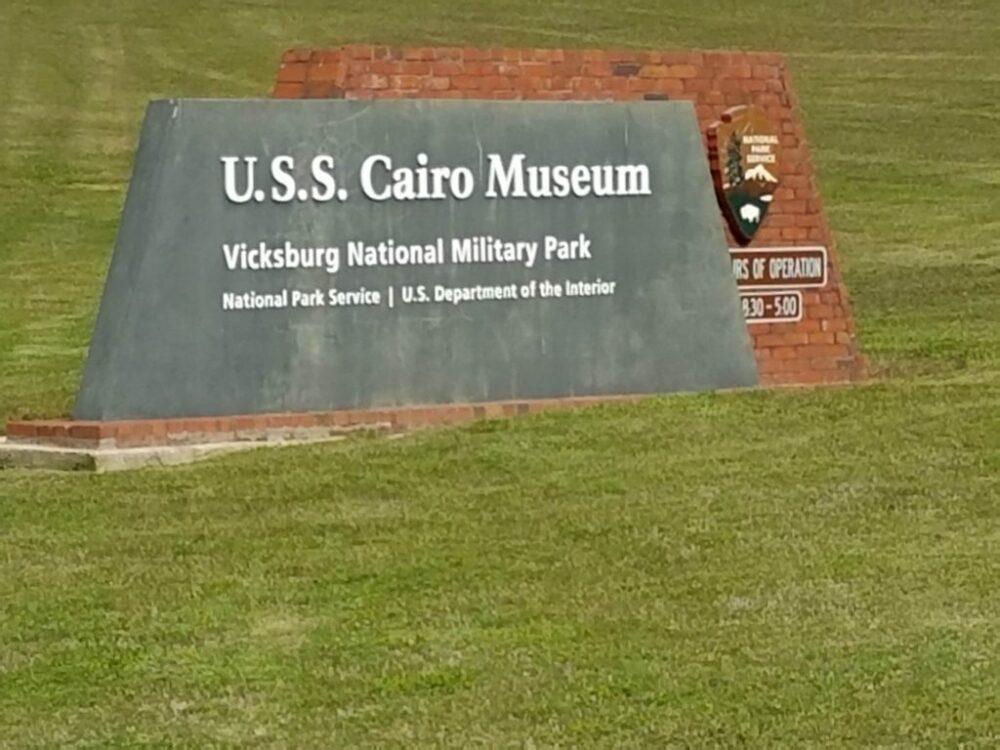 Museum of an ironclad ship from during the Civil War. 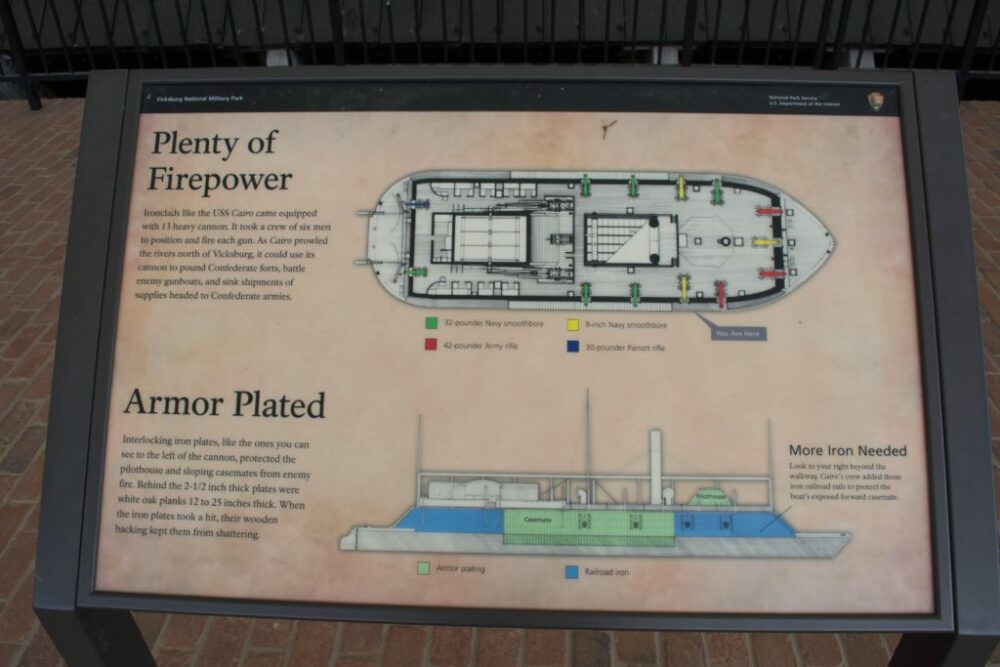 Technology available at the time. Wooden boat with iron cladding. Part of the “brown water Navy” that patrolled the Mississippi River. This one was sunk by the Confederate guns during the Siege of Vicksburg. 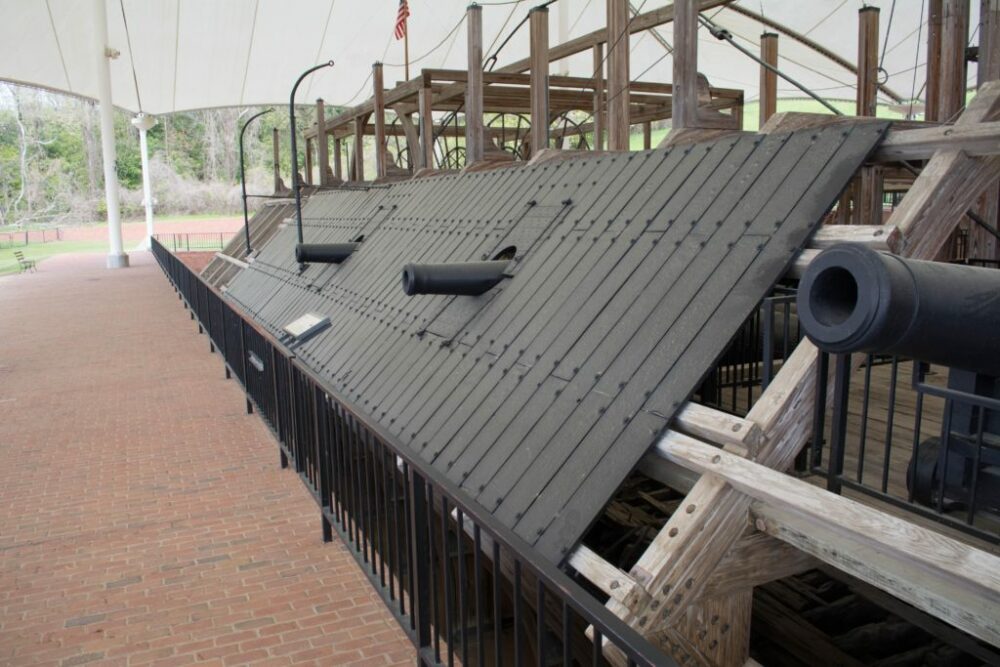 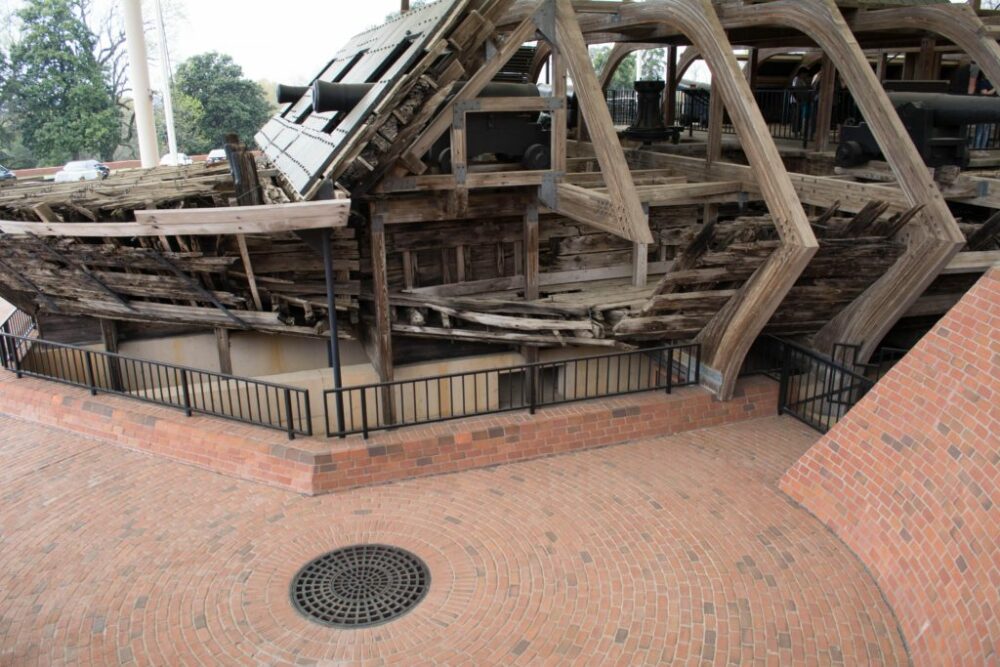 The damage left by the guns was left as it was damaged for display. This boat sat at the bottom of the river until the 1950’s when it was raised and made into a museum. 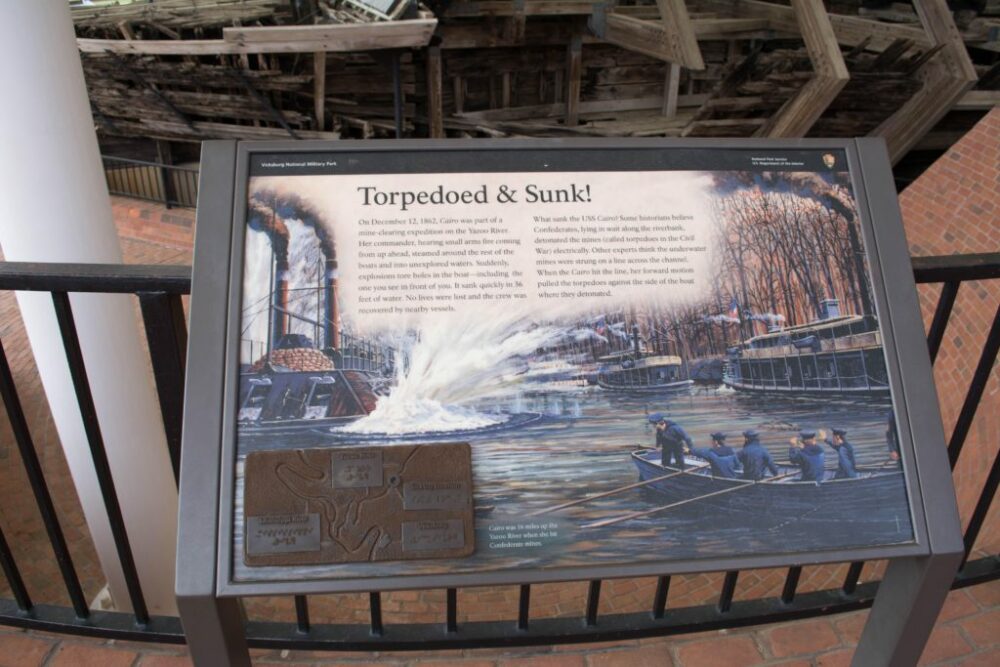 Part of the story. 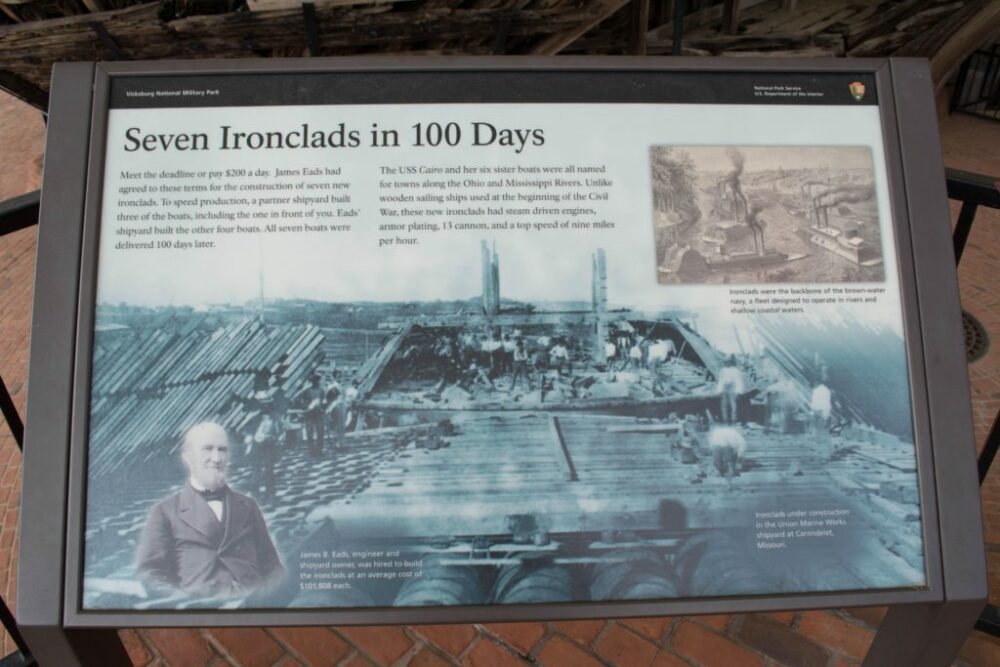 The Union wanted 7 ironclads in 100 days. The initial contractor sub-contracted 6 of them and did deliver in 100 days. 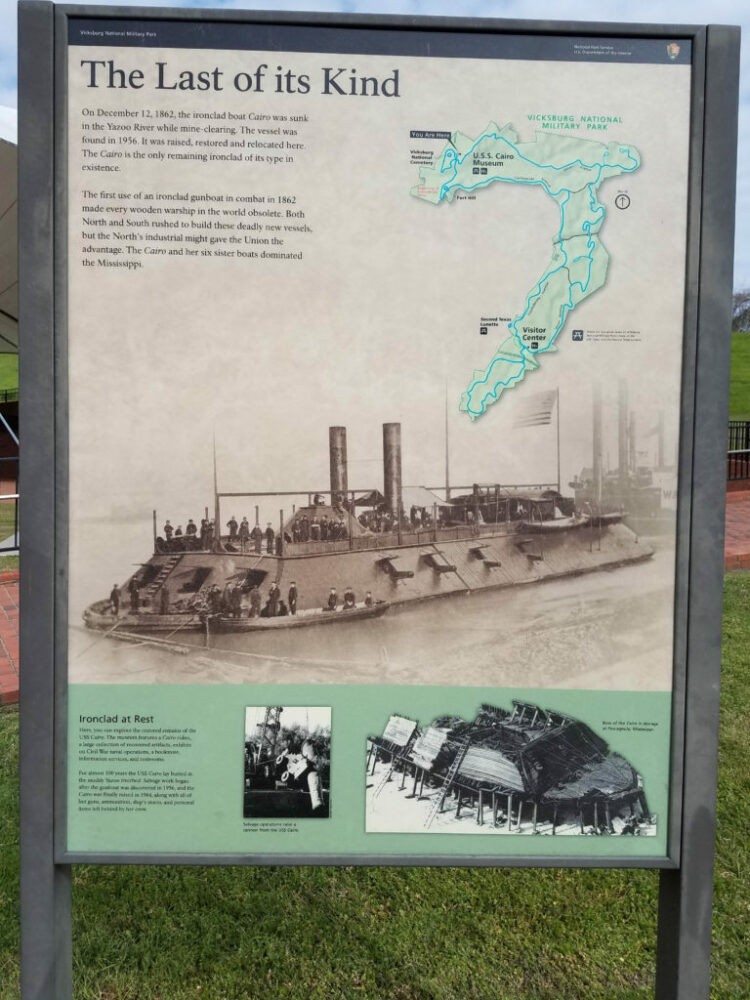 No more ironclads where made as technology moved on. 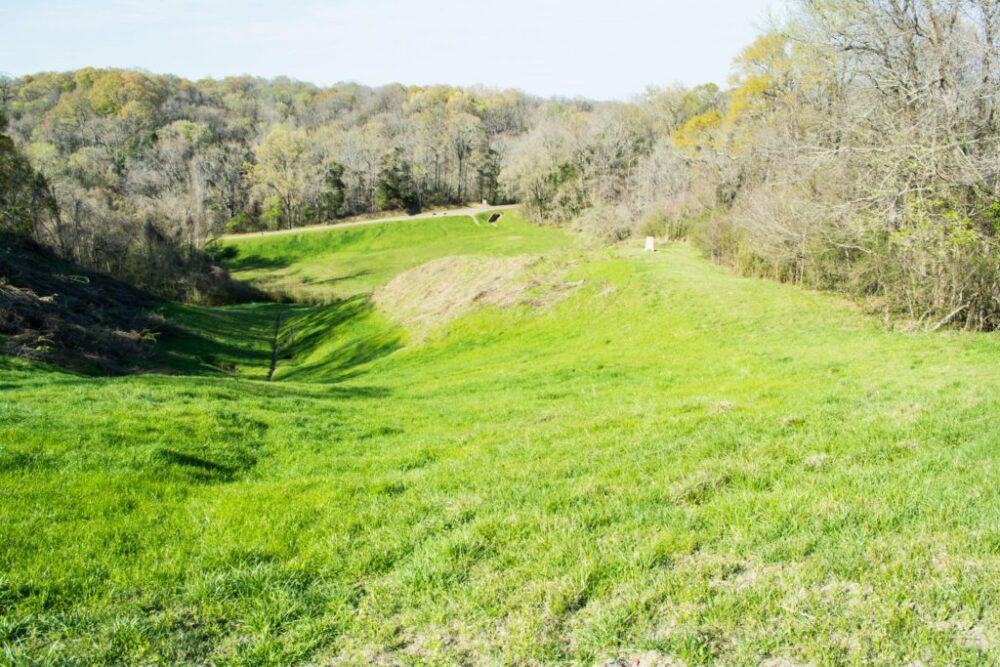 The trees where cut back during the battle so it didn’t look like this. 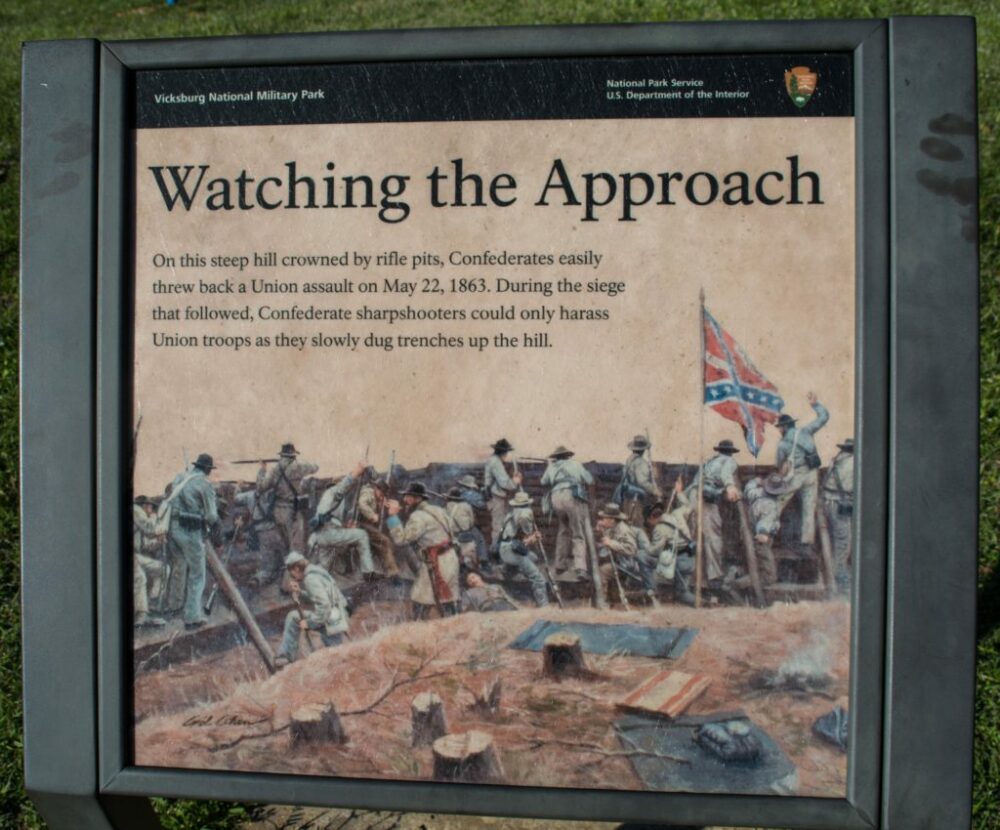 Confederate troops were dug in but slowly overwhelmed by superior Union forces. 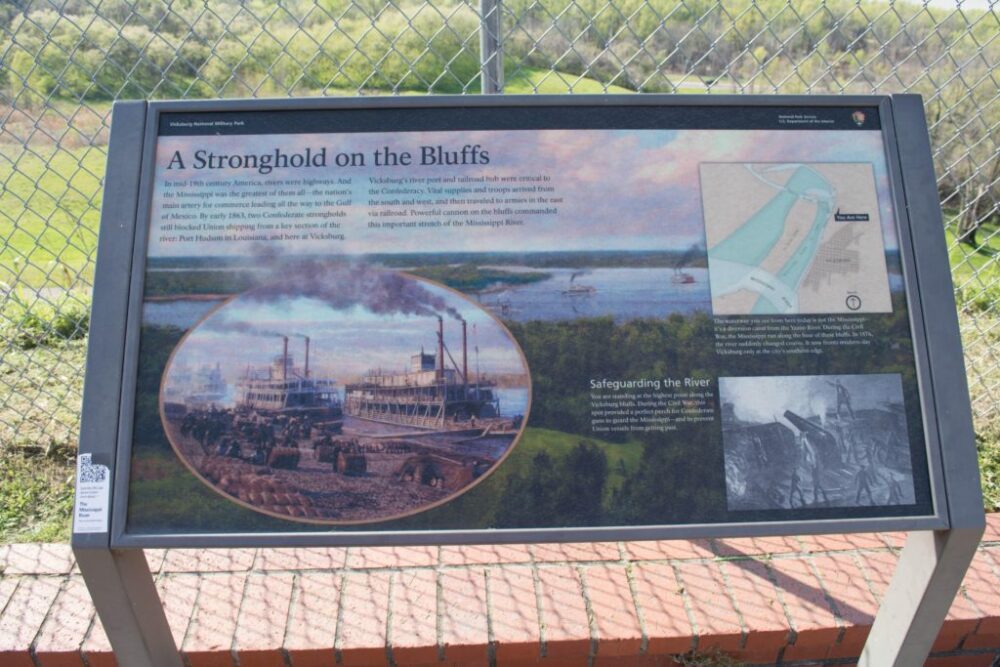 Even when the stronghold was built, the Union had superior forces. 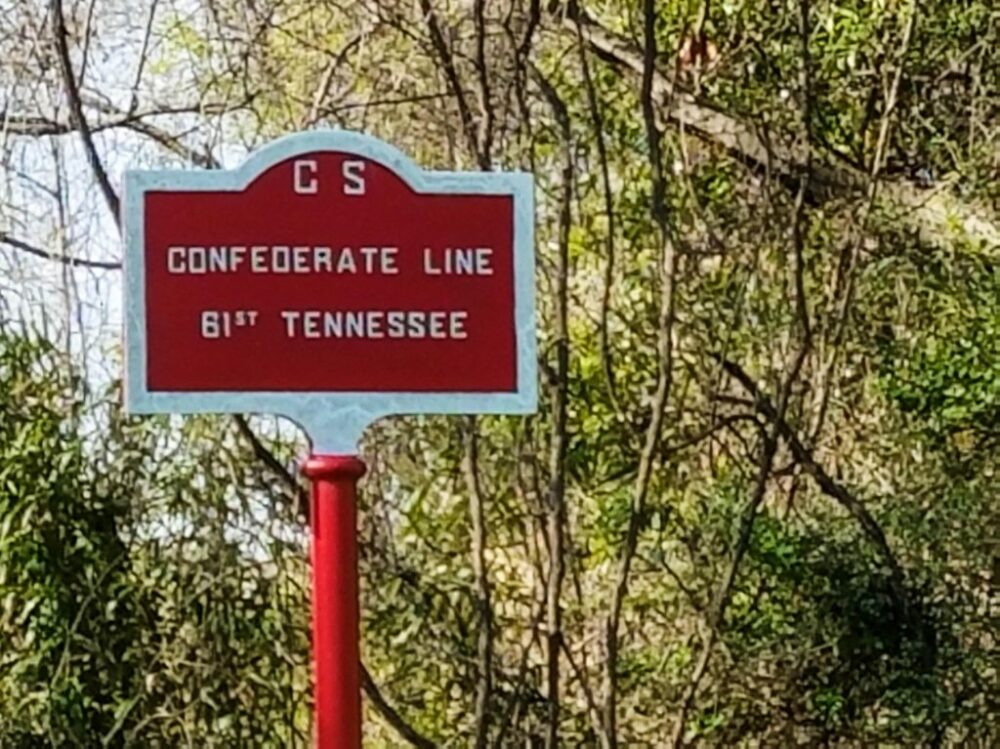 The park is divided into the Confederate lines and the Union lines. There are many signs showing units participating in the battle. 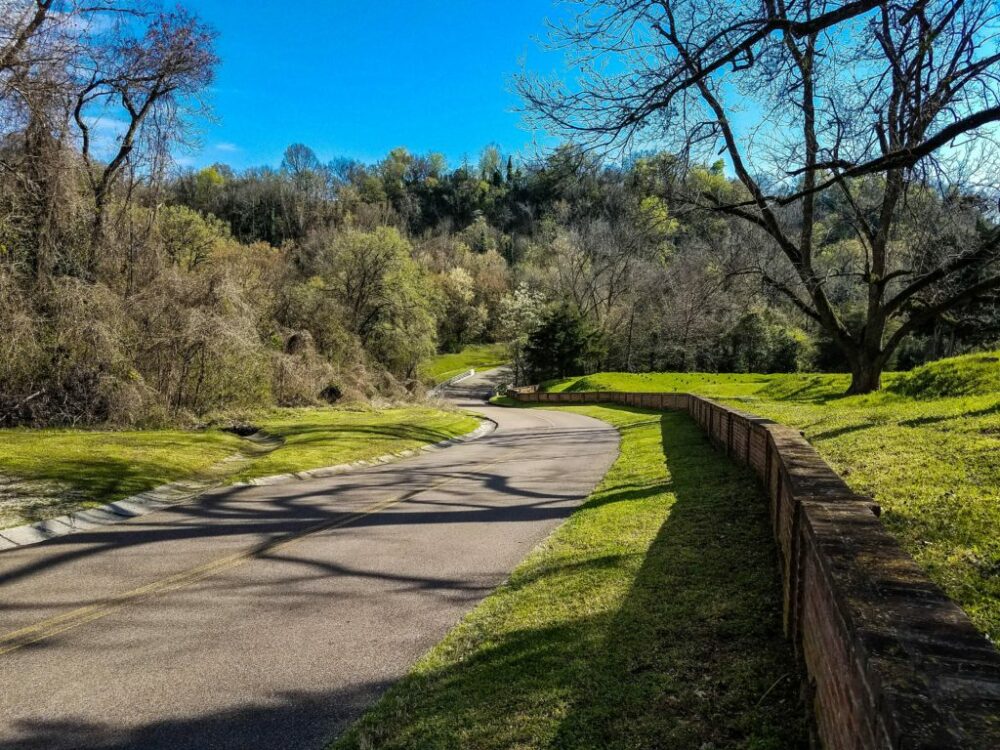 Moving into the Confederate area. Beautiful but I’m sure the soldiers weren’t thinking of that during battle. 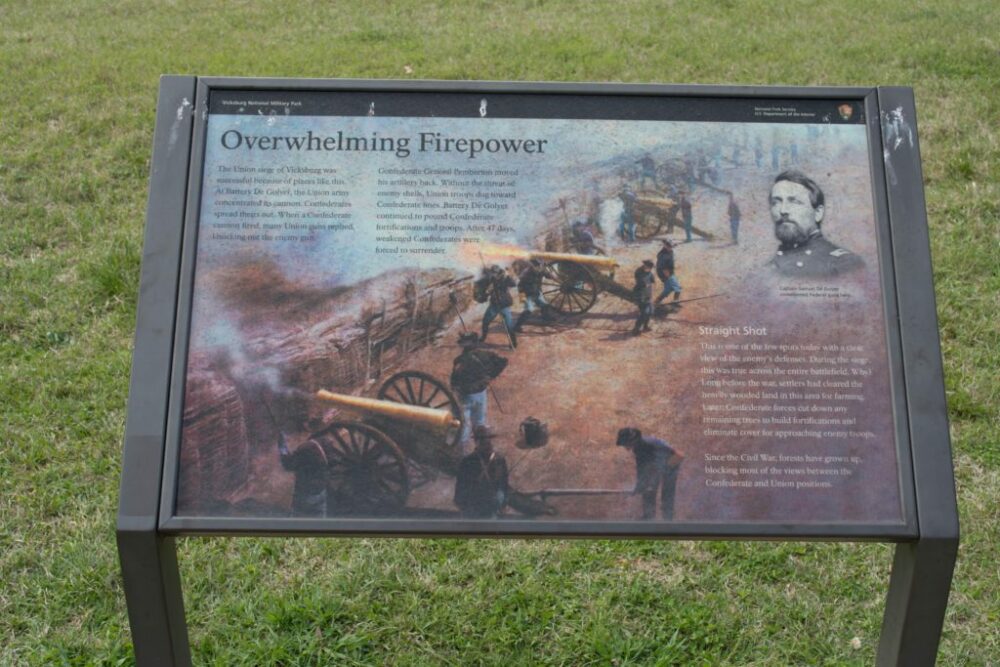 Overwhelming firepower of the Union eventually led to victory and control of Vicksburg and to control of the Mississippi. 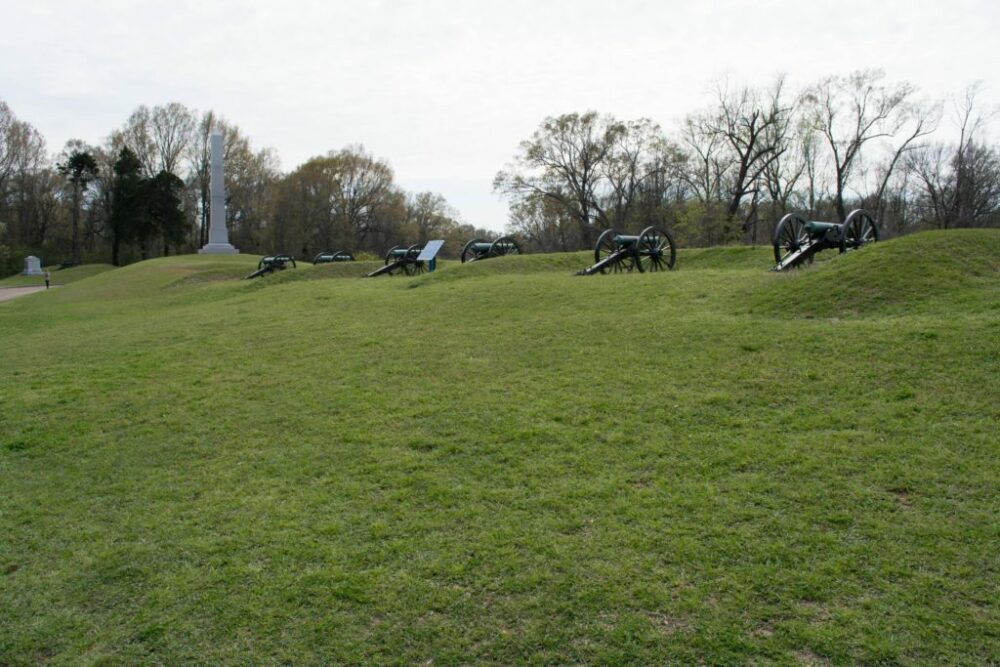 More of the battle field 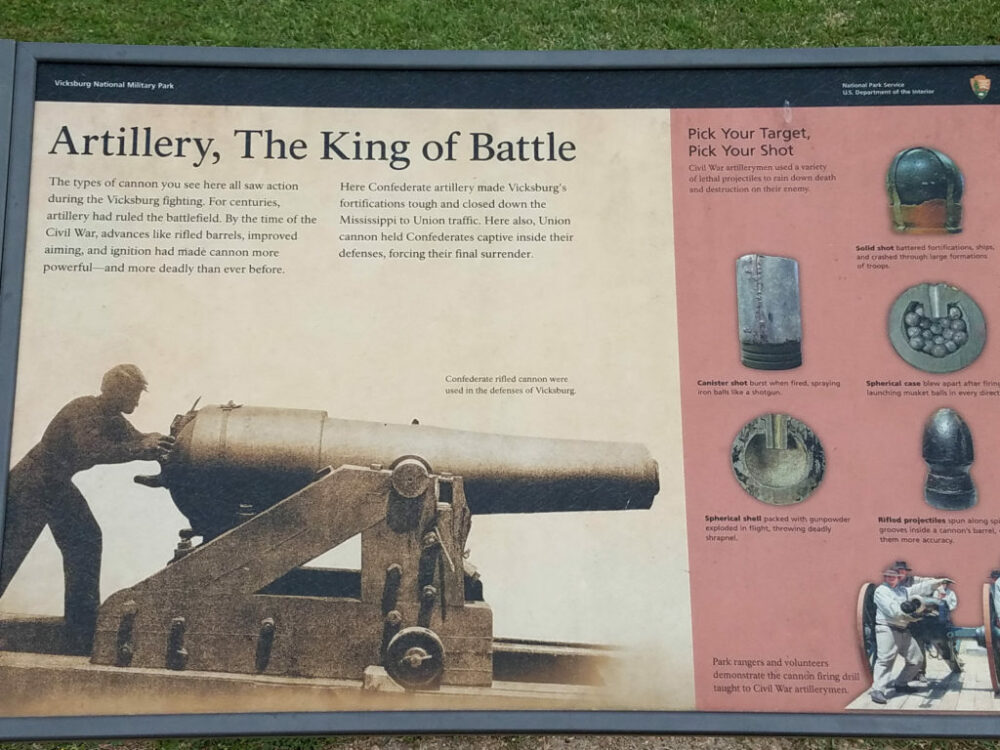 And more of the battlefield power. 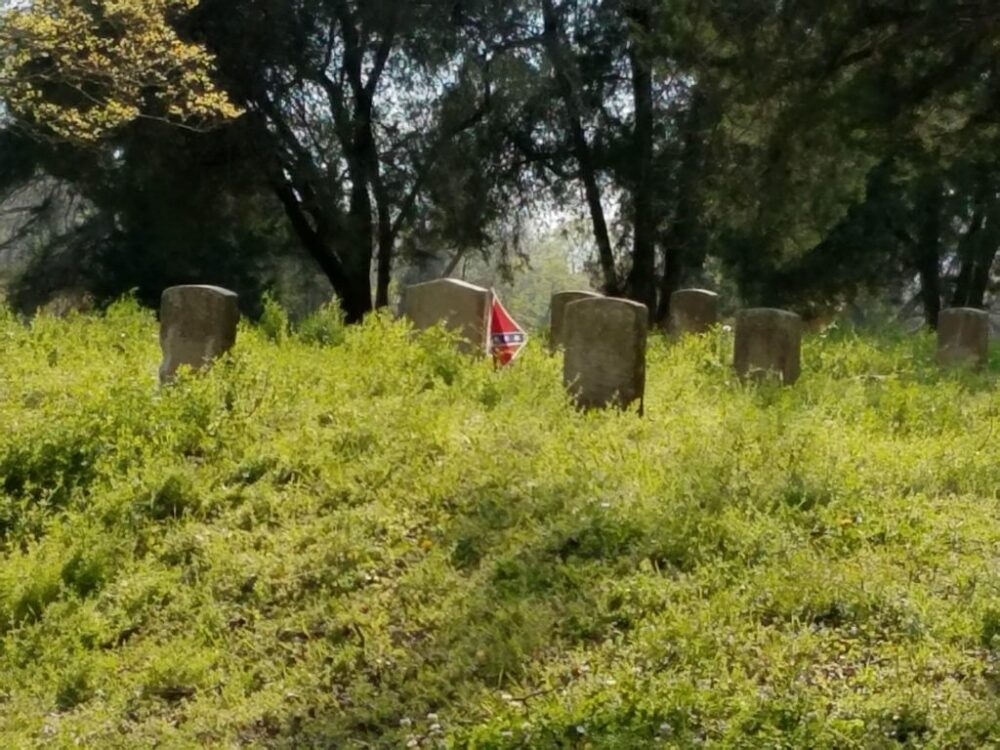 Was going to try to make everything black and white except the flag. Not experienced enough with Photoshop to do so. 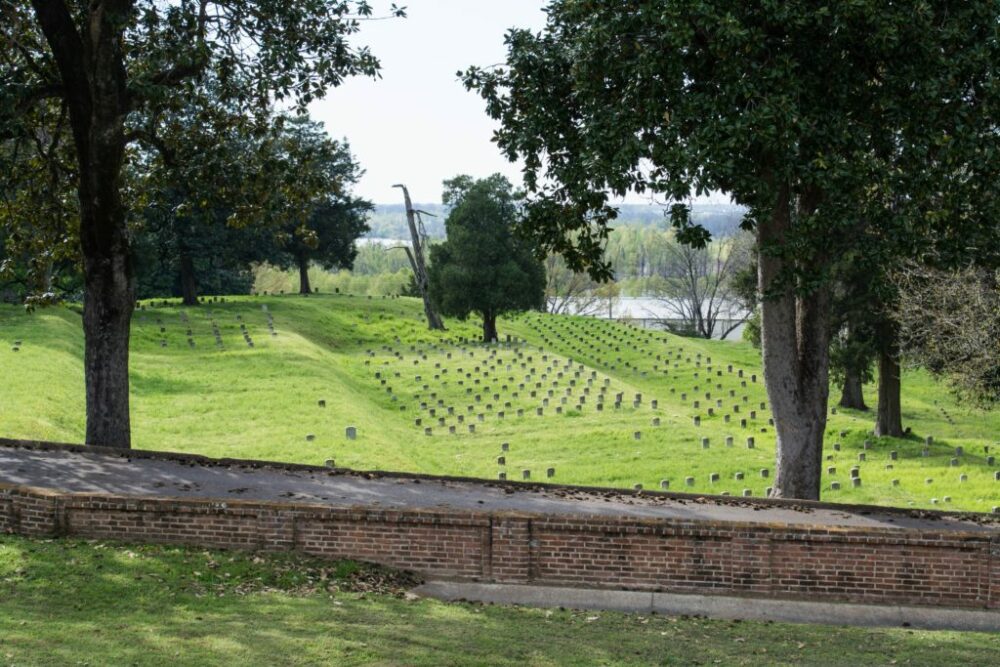 Couple views of the cemeteries here. 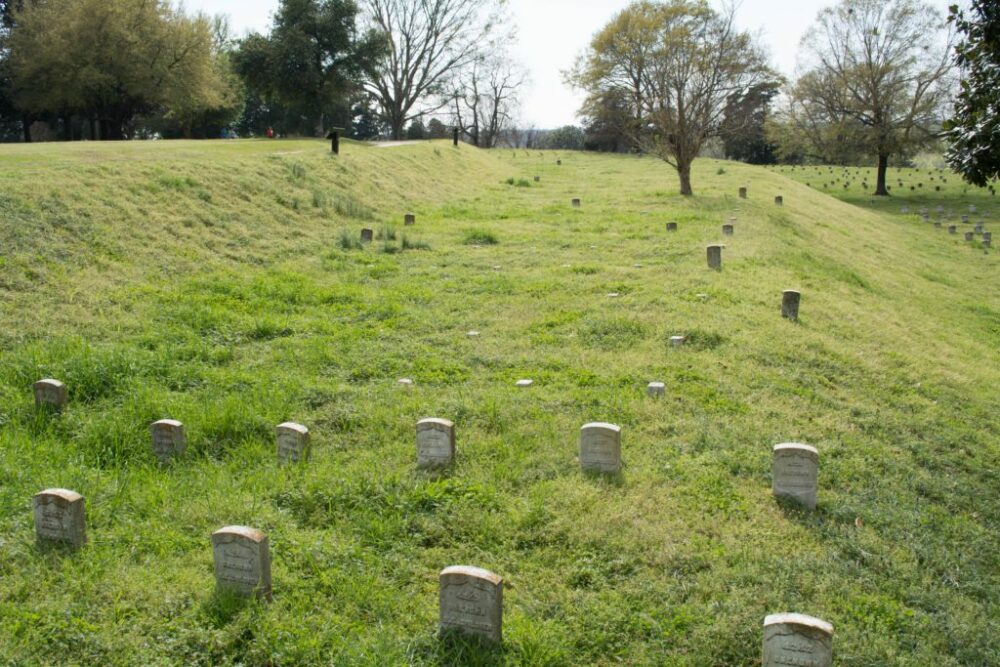 Signs at the cemetery.

Nothing I add will be worth the words I’ve written.

Today was just seeing the Civil War battlefield at Vicksburg MS. There is a 16 mile self guided tour with half of it going around to the Union lines and the other half going around to the Confederate lines. Literally hundreds of statues, signs and display plates of military units and where they made their stand and their charges, the states and units they represented and their leaders, some of them in statues with their horse, other leaders and just themselves. Takes about 1.5 to 2 hours to make the tour. As most of you who know me, understand that I’m a “drive by” visitor. “Ok, seen it, took the picture, let’s get to the next one so we can check that off our list!”

My funny story of the day is trying to find a car wash when my GPS and clerks in convenience stores weren’t very help. Wasn’t funny at the time.

Tonight, I’m in Natchez MS. Will spend the day seeing it tomorrow. It’s a historic town and an important town to this area. Apparently, the bluffs to view the river aren’t nearly as high down river from here. Will have some more pictures tomorrow.