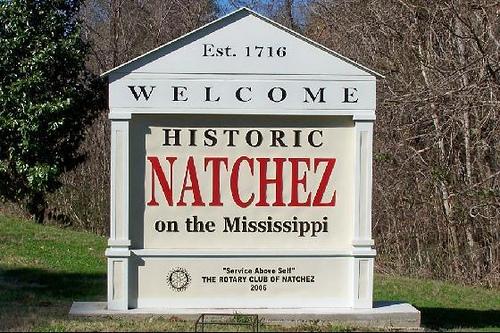 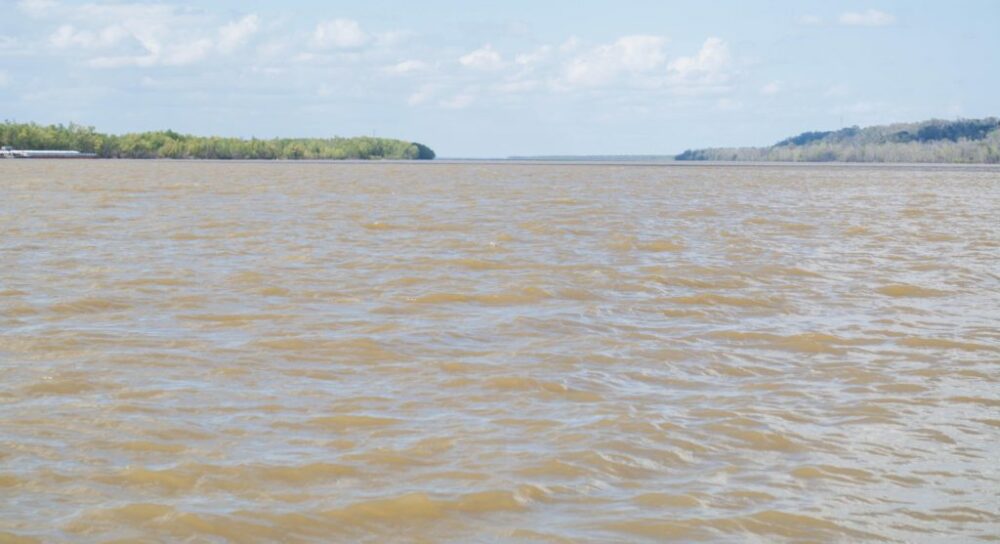 Someone mentioned the river looked muddy. It is. One of the nicknames is “The Big Muddy” although I prefer the “Father of Waters”. This is the Mississippi looking north from “Under the Hill”. 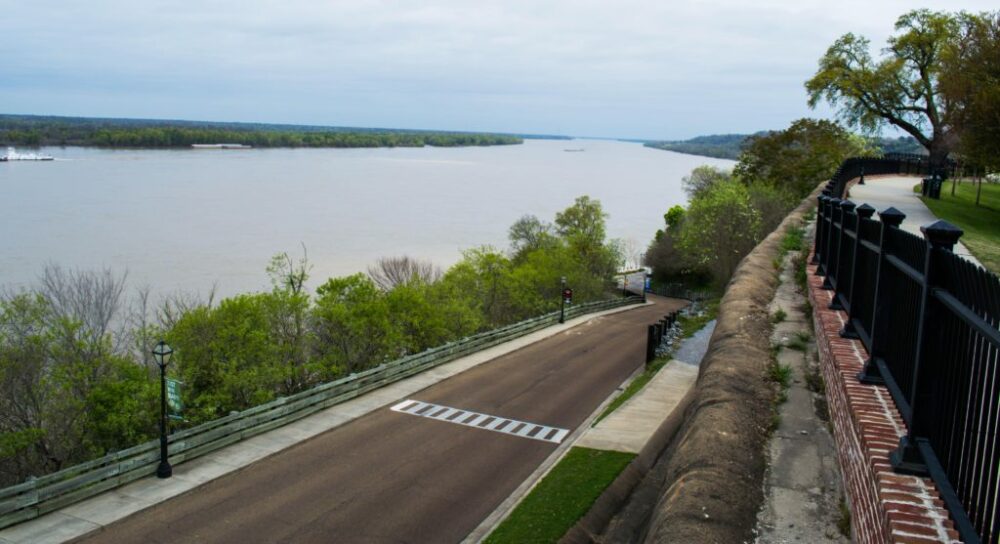 On the bluff, looking down at “Under the Hill” in Natchez. Right on the river. This was the rough part of town “back in the day”.

Had lunch “Under the hill” which is the area at river level. “Back in the day” it was businesses catering to river business and to “entertainment” for the men on the boats. I’ll leave “entertainment” to your imagination! 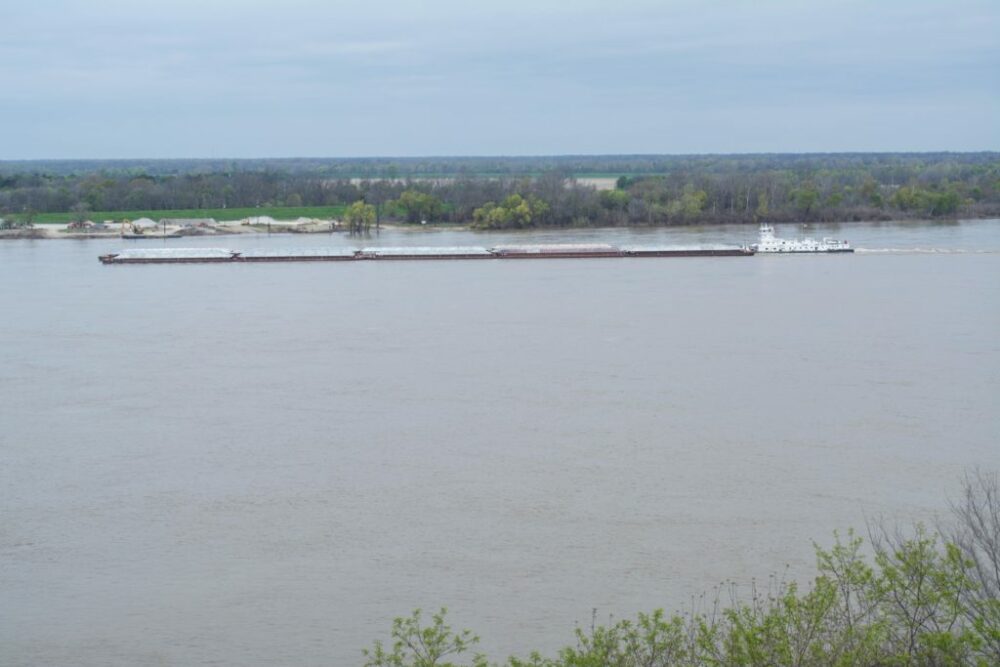 More barges, showing again, this is a working river. Central USA supply line. Barges go all the way to the Twin Cities. 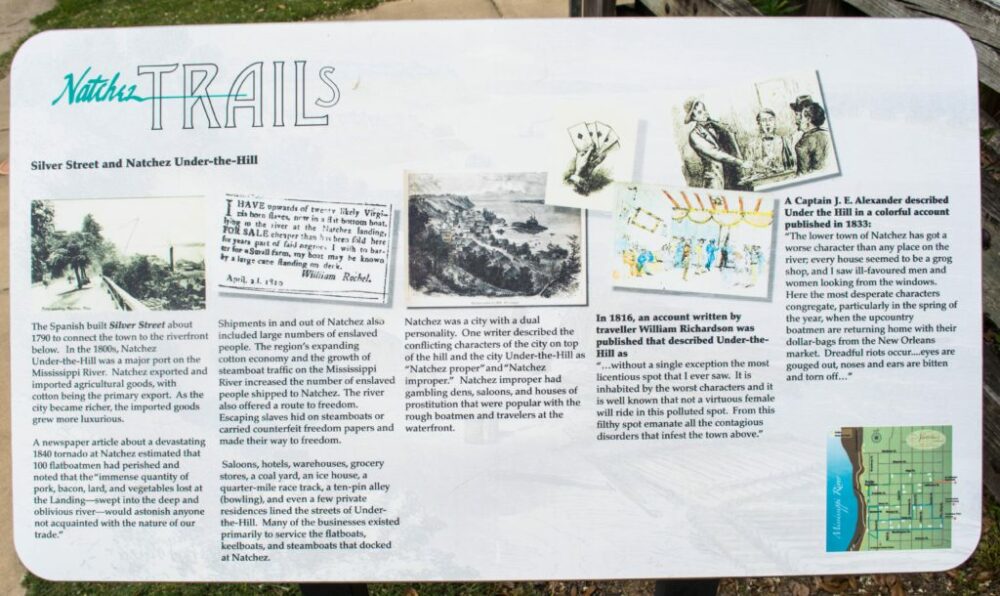 Above picture probably shouldn’t be here because it’s very hard to read. Some history of the trails in Natchez. 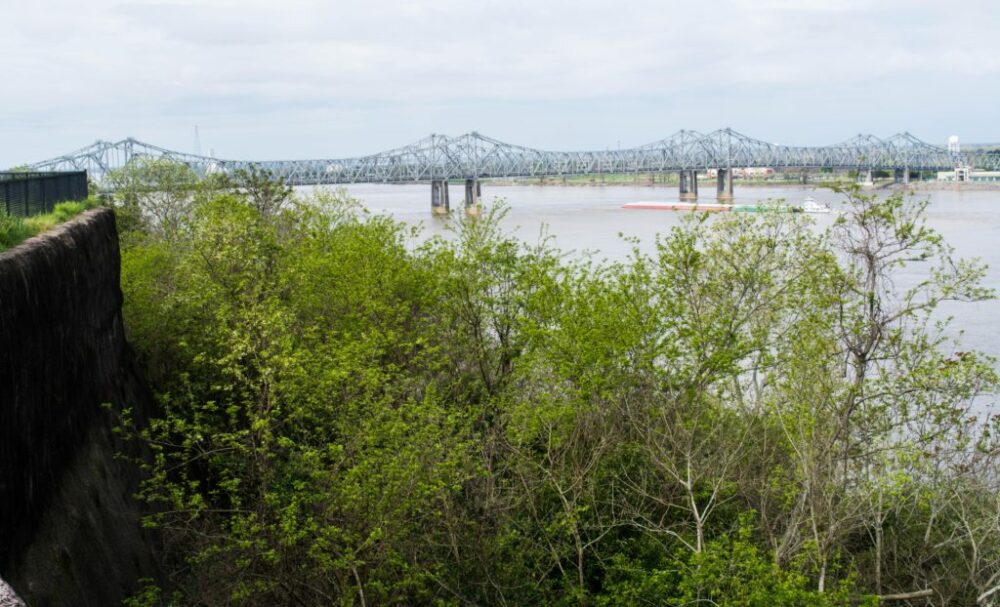 View down river and looking toward Louisiana from the bluff. 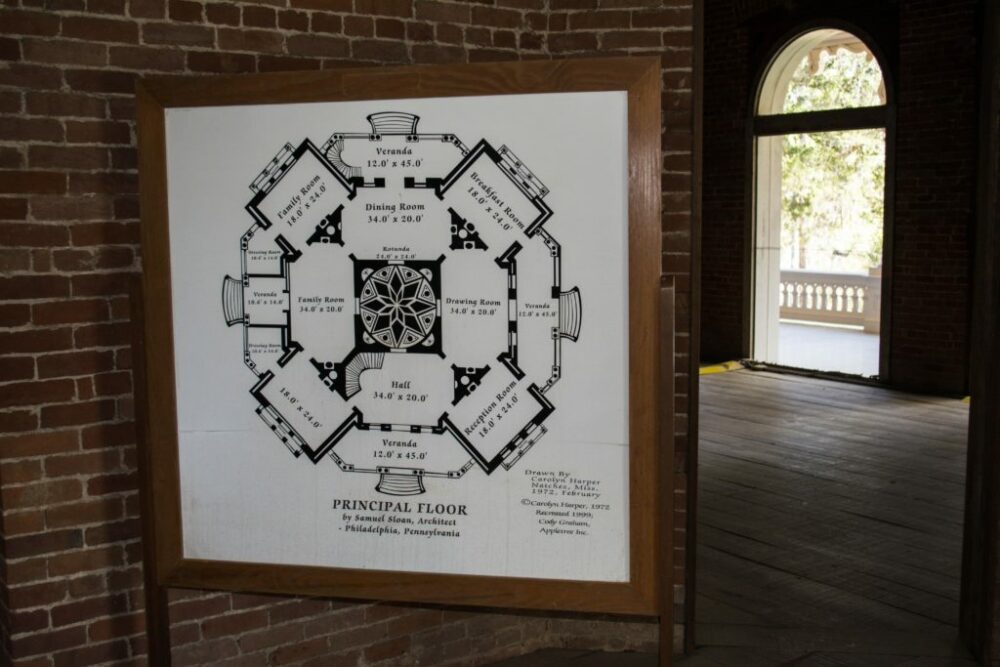 Saw two antebellum mansions. The one with the floor plan above was to be the largest in Natchez. Like a lot of wealthy people at the time, he was a “cotton king”. He started to build just prior to the Civil War. We didn’t finish before times got too tough during the war. The house was never finished. It was to be 30,000 square feet. The “basement” is 10,000 square feet and is the only section finished. The family lived in that level and eventually sold the house after the man died. He had written agreements with the generals (both union and confederate) to not damage the house. They didn’t do that but between the two sides they took all of his land, equipment and most of his money. The house remains unfinished and is a showplace for how the homes were constructed. It’s an octagonal house. 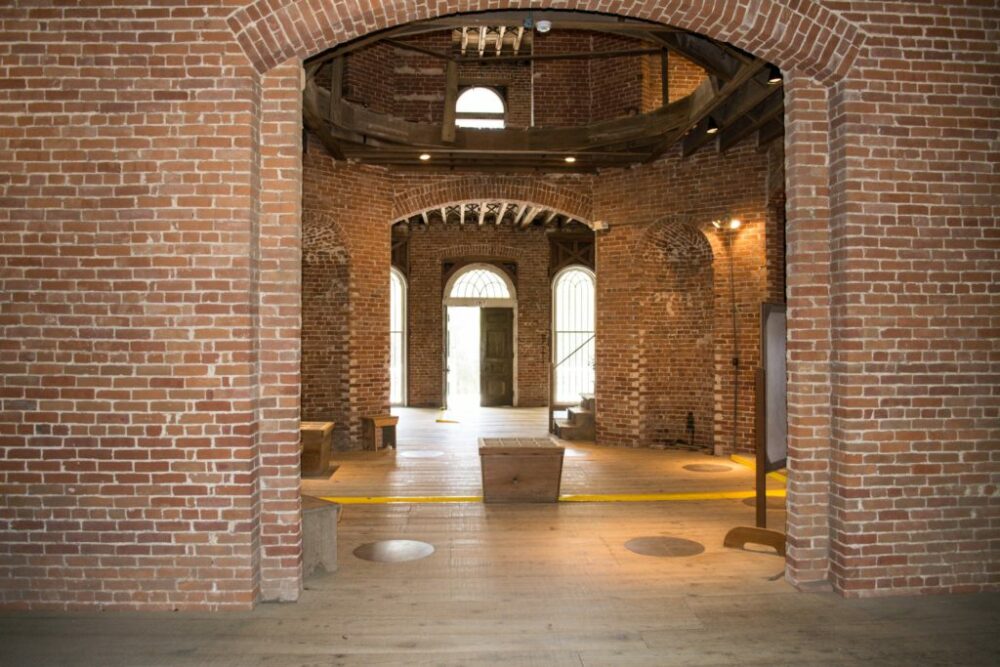 This is a view of the house from the first floor. Not finished so you can see part of the work that was never done. 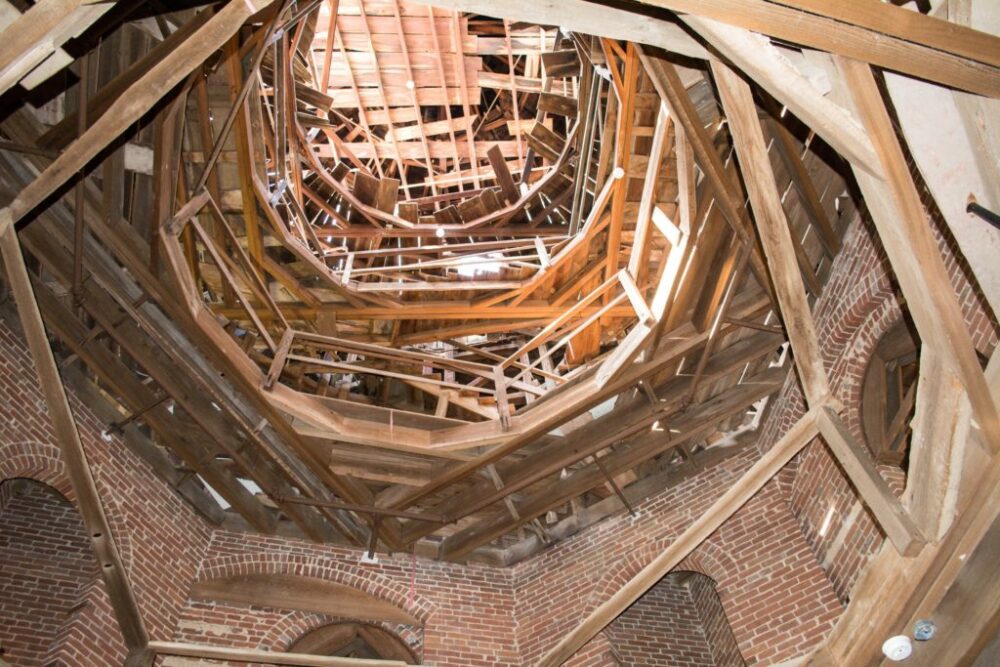 This is looking up into the upper floors and how construction was to happen. 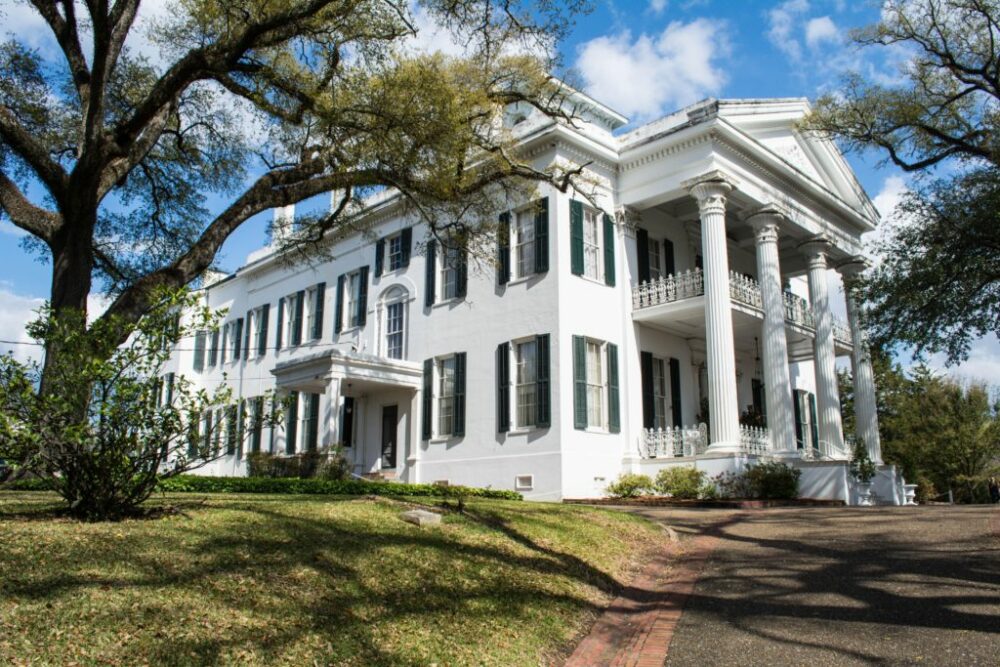 This is a more traditional antebellum mansion. The family lived in this one for a number of years. (It wasn’t crowded so I got a personal tour. The guide was a bit frustrated with me because I didn’t want to hear the whole story, just wanted a summary and move on. (Sound familiar?) The home is about 15,000 square feet and takes up an entire city block. For a number of years it was a bed and breakfast but now serves as a museum. One of the buildings on the back of the house now serves as a high end restaurant. 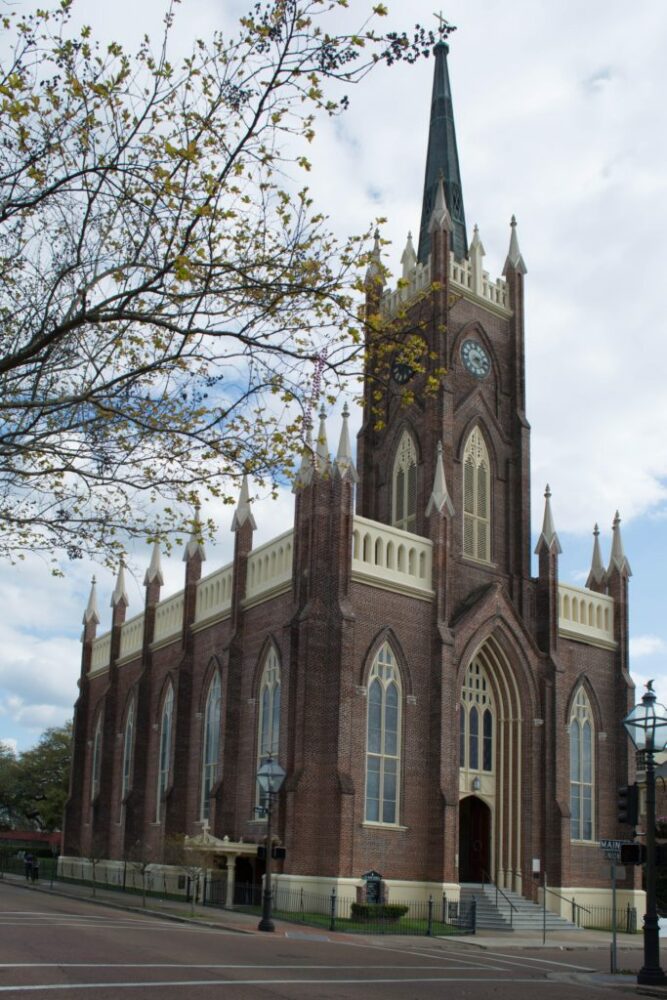 Changing topics completely, I also visited St. Mary’s Basilica Catholic church which was built in the 1800’s as well. Gothic building style. The church is open to visitors during daytime hours. I should have taken some pictures but wasn’t sure of the ‘protocol’ for taking pictures in a church. 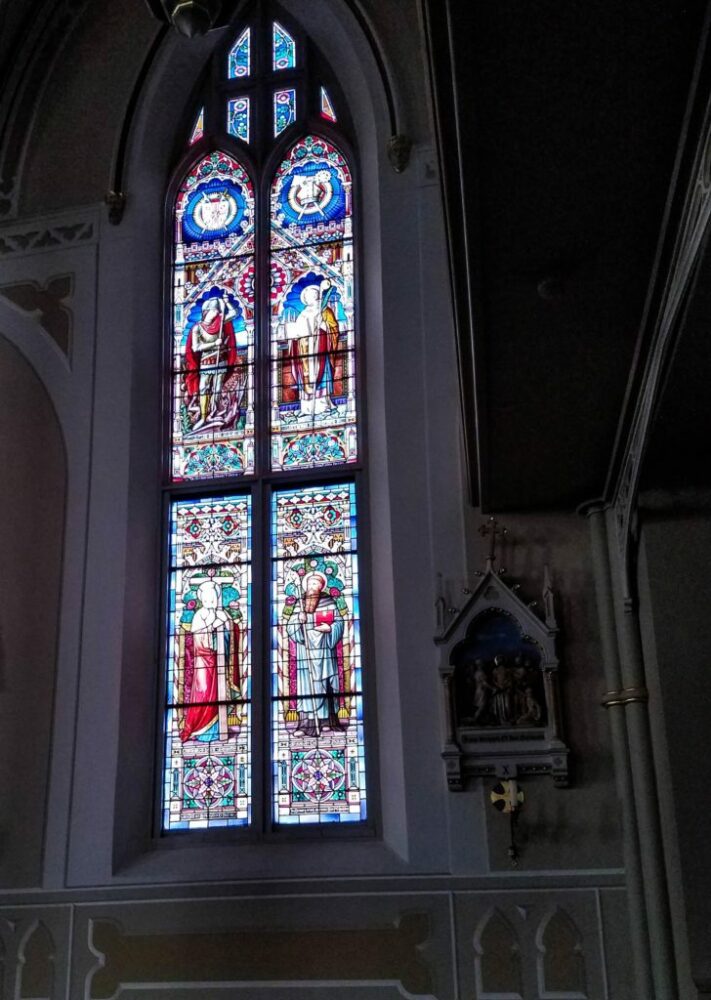 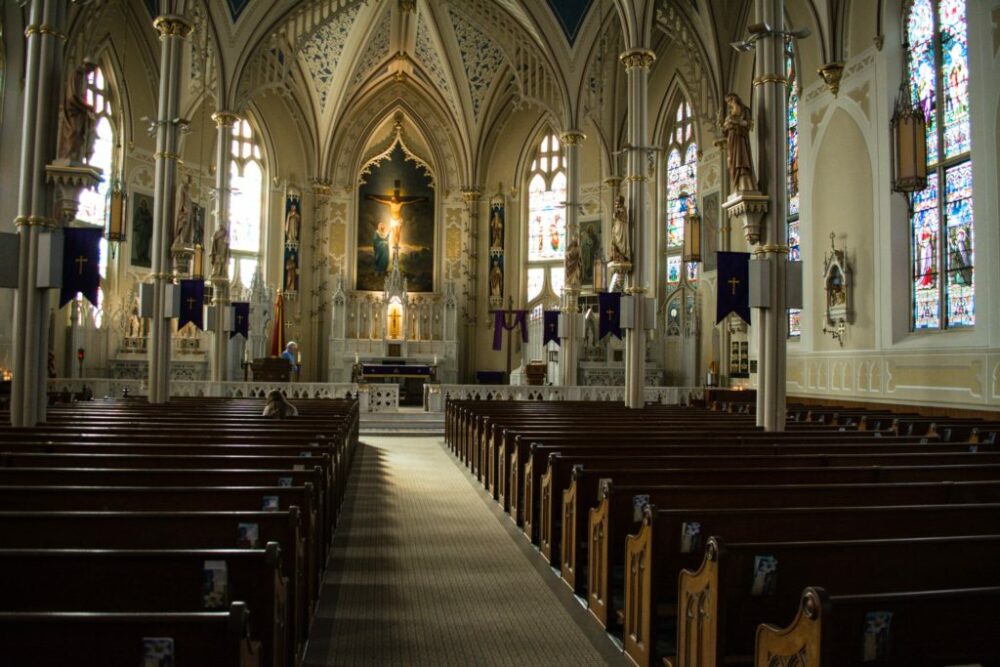 The church is well maintained and beautiful inside and out. I went back the next morning to take these pictures as I wasn’t sure of the protocol for taking pictures. For example, if you aren’t a member of the LDS church you aren’t allowed inside the main part of the church. I found a member and he said “you are more than welcome to take as many pictures as you want” as long as you aren’t disturbing anyone. 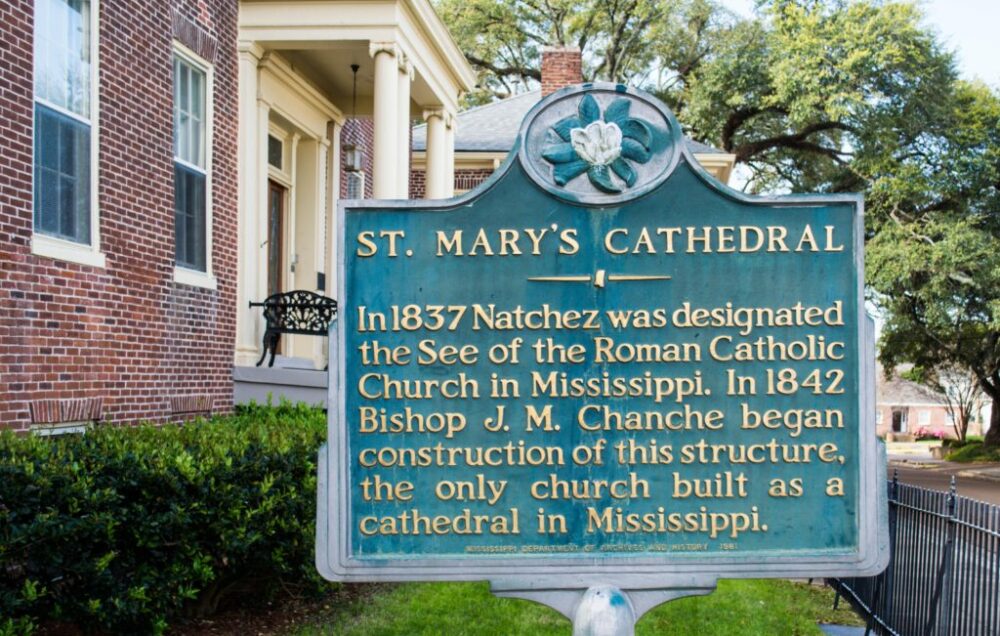 The story of the church.

That’s it for the day. Tomorrow, over into Louisiana. Will see a friend who I met in 2015 when I was working in Scottsbluff NE. He was interim pharmacy director and lives in Monroe. I’m making one exception to my rule that I would stay on or as near as possible to the GRR. My “detour” will be about 60 miles off the road. Then headed north. Have to be home by Thursday but no particular plans of where to stay or when I’ll actually be home.

I’m at the end of the southbound route on the east side of the river. Starting tomorrow, I’m heading north again. Here is a link to the next post.