Initially crossed the river and didn’t see a Welcome to Louisiana sign. Thought they heard I was coming through and hid the signs! But…fooled ’em. Found this one about 60 miles up the road. Louisiana is also the only state that doesn’t have Great River Road signs. 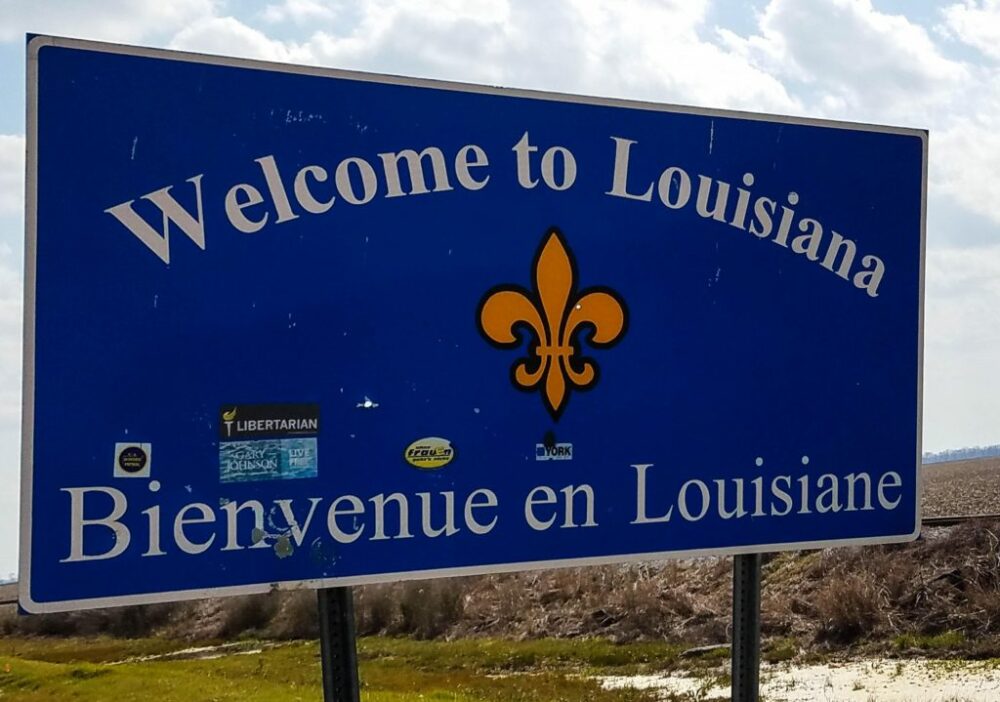 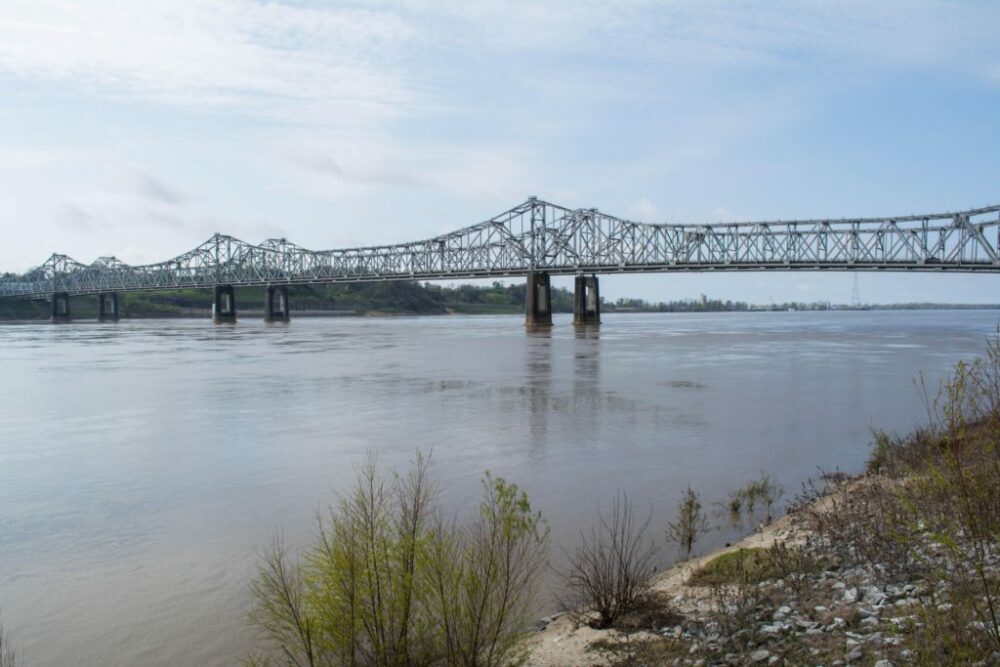 Start at the beginning of the day. This is the bridge from Natchez MS to Vandalia LA. 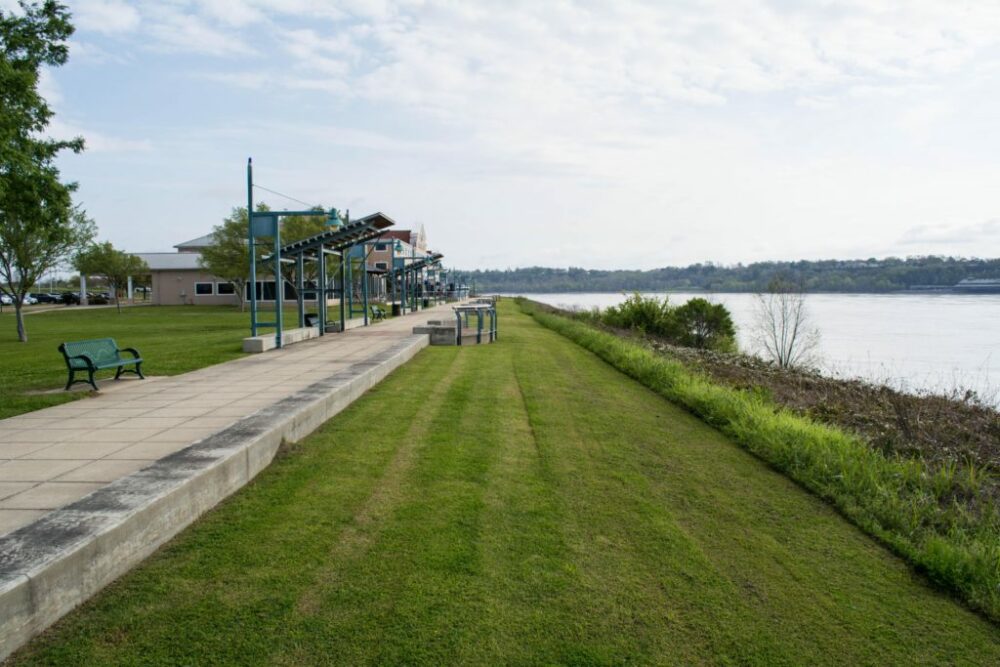 Riverfront in Vandalia. Won’t see much of the river until end of day tomorrow. 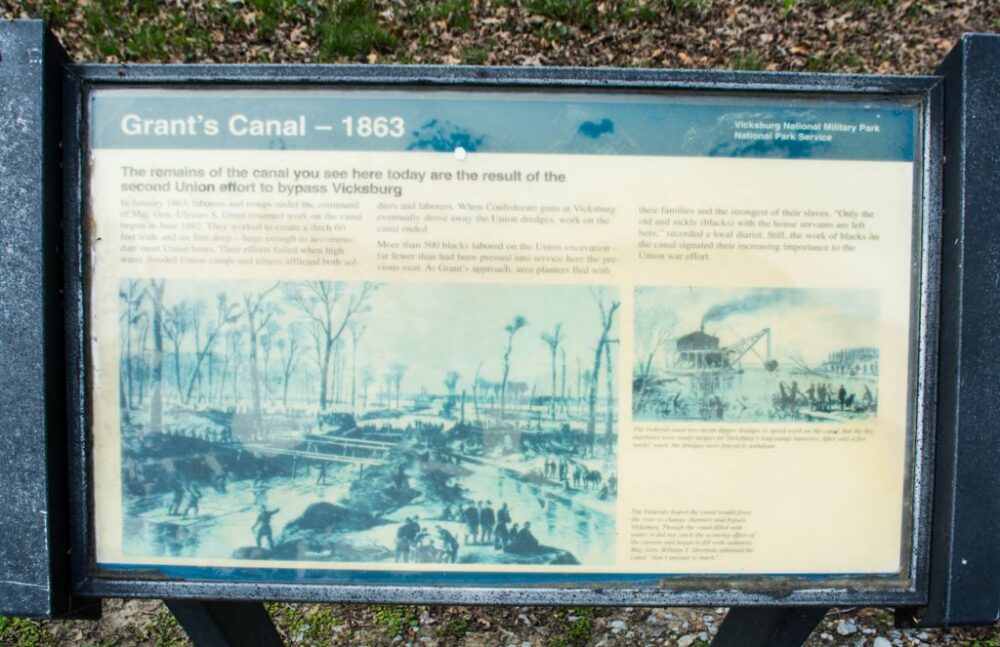 The Union Army decided to build a canal to cut off a long turn in the Mississippi River to be able to travel without running into Confederates further down river. 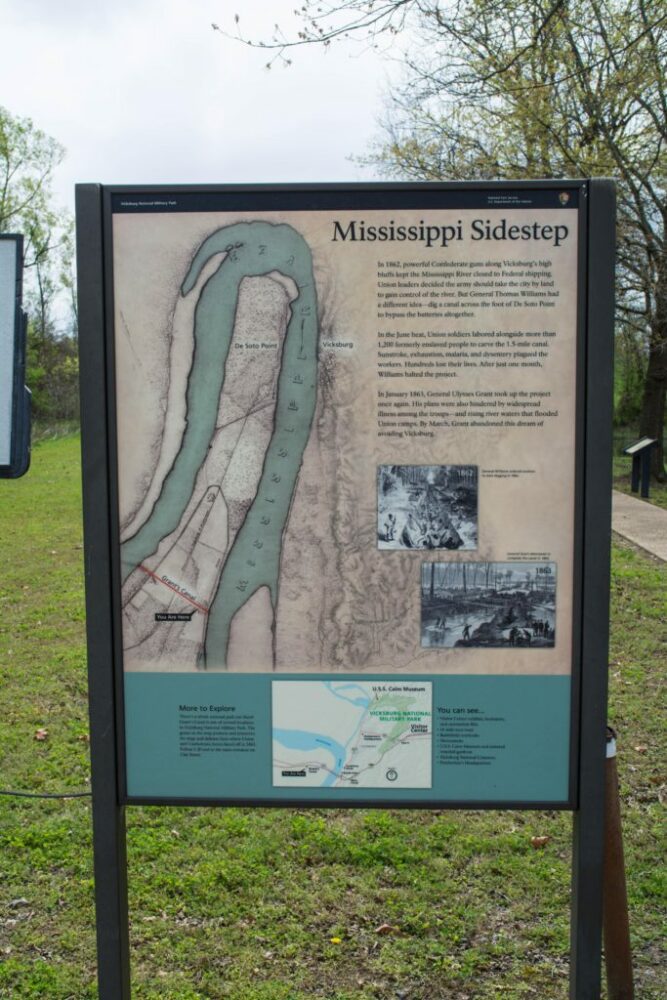 The red line shows the placement of the proposed canal. 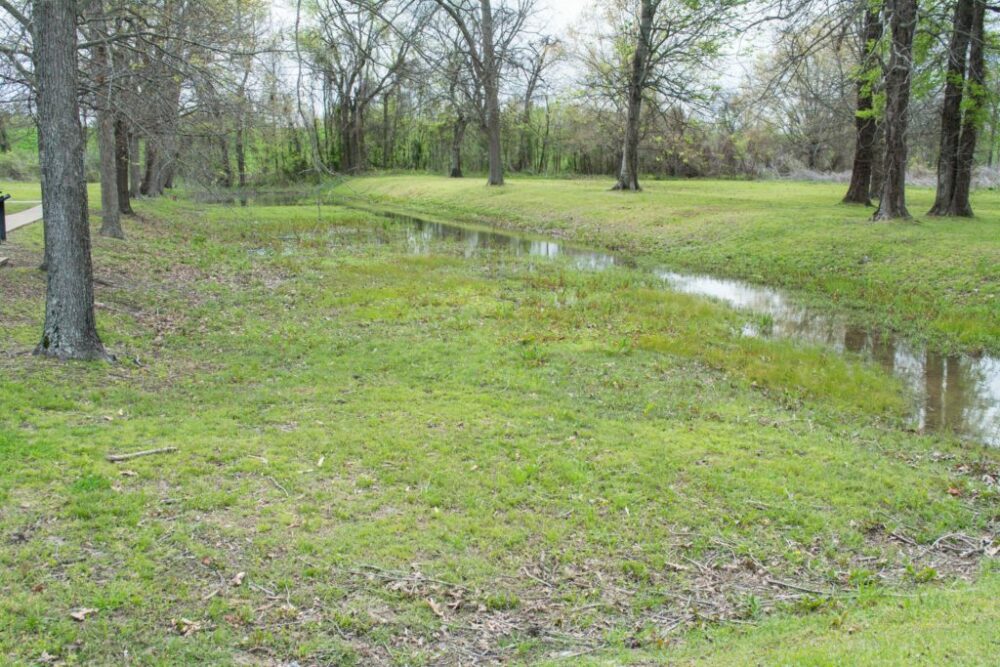 The canal was abandoned and this is all that remains today.  There is a small park here with more explanations of the canal and some monuments to the troops who served here. 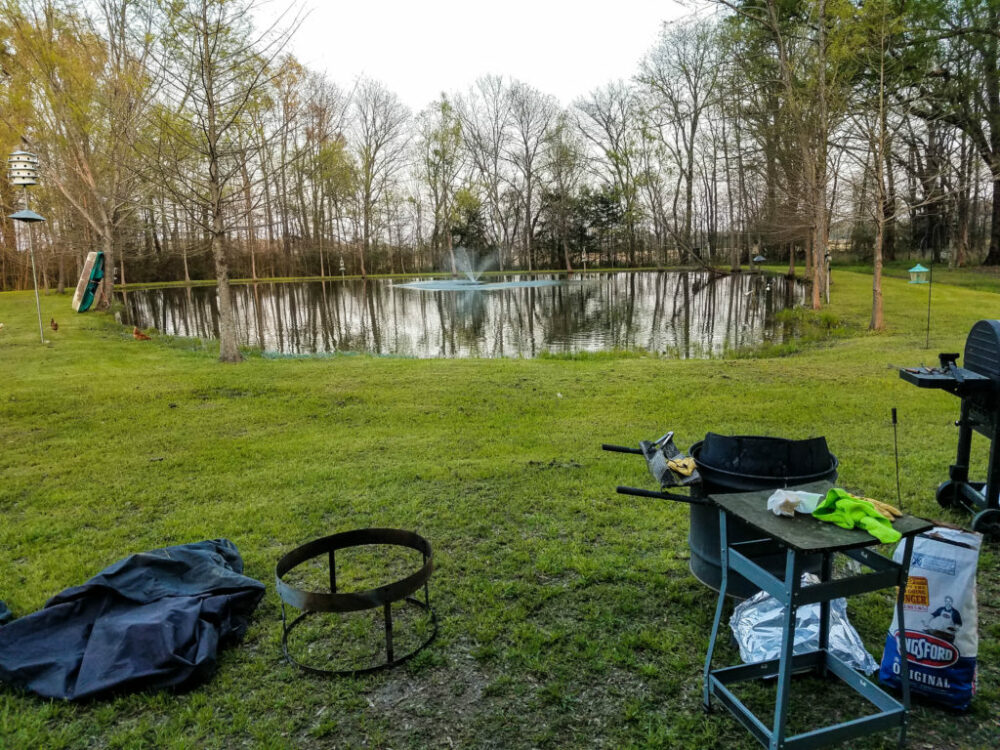 Made it to Mike’s place in Rayville LA. We worked together when we were both doing interim management work in Scottsbluff NE.  Weather is A LOT warmer than March in MN! Man made pond behind his house. Stocked with fish for the grandkids and everything! 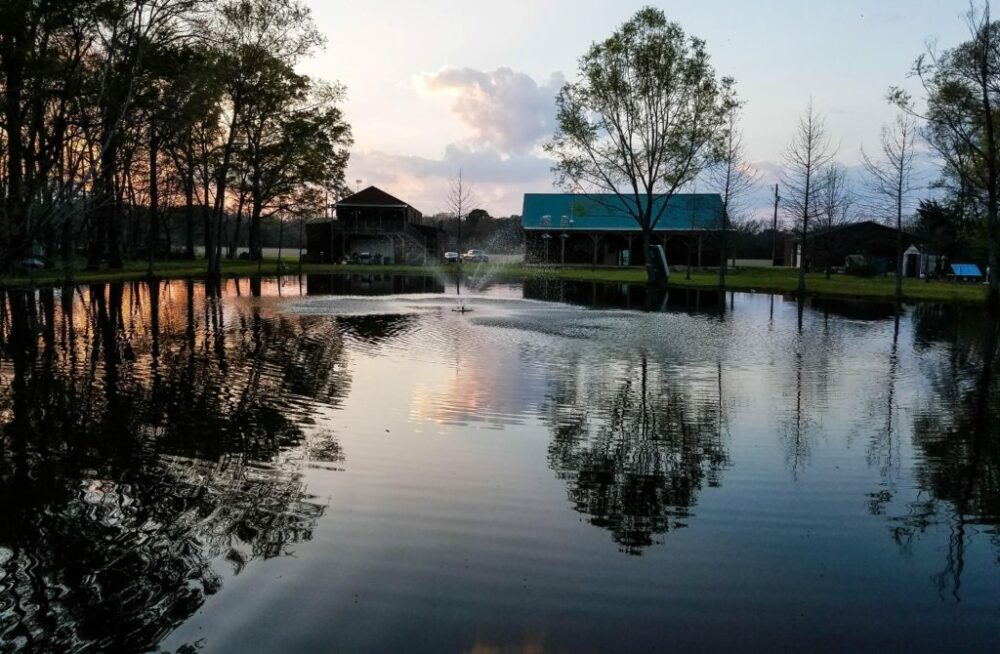 Great view of Mike’s place at sunset looking across the pond. 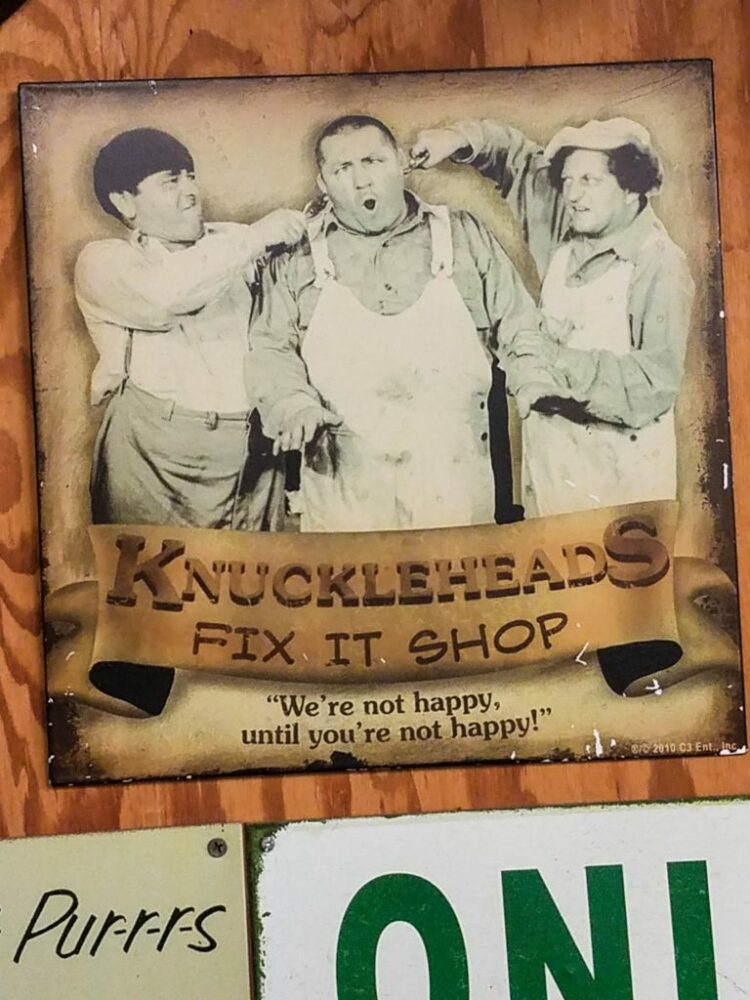 Mike’s got a sense of humor! Signs like this in his “barn”. 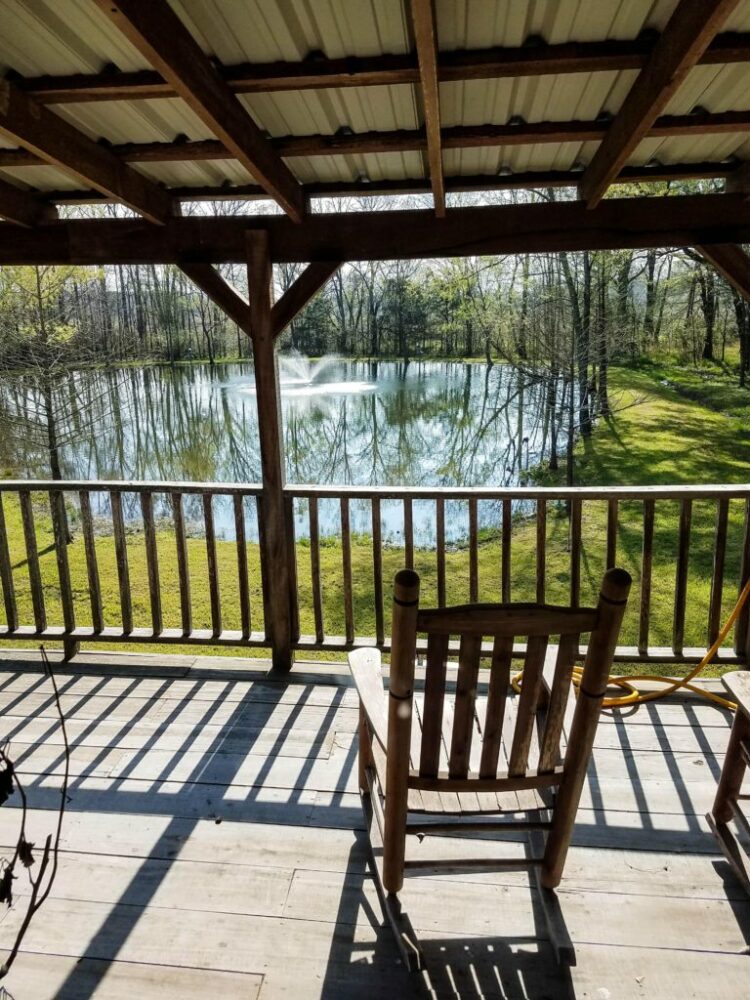 Great view in the morning. Took some time to sit on the deck and relax with the view. 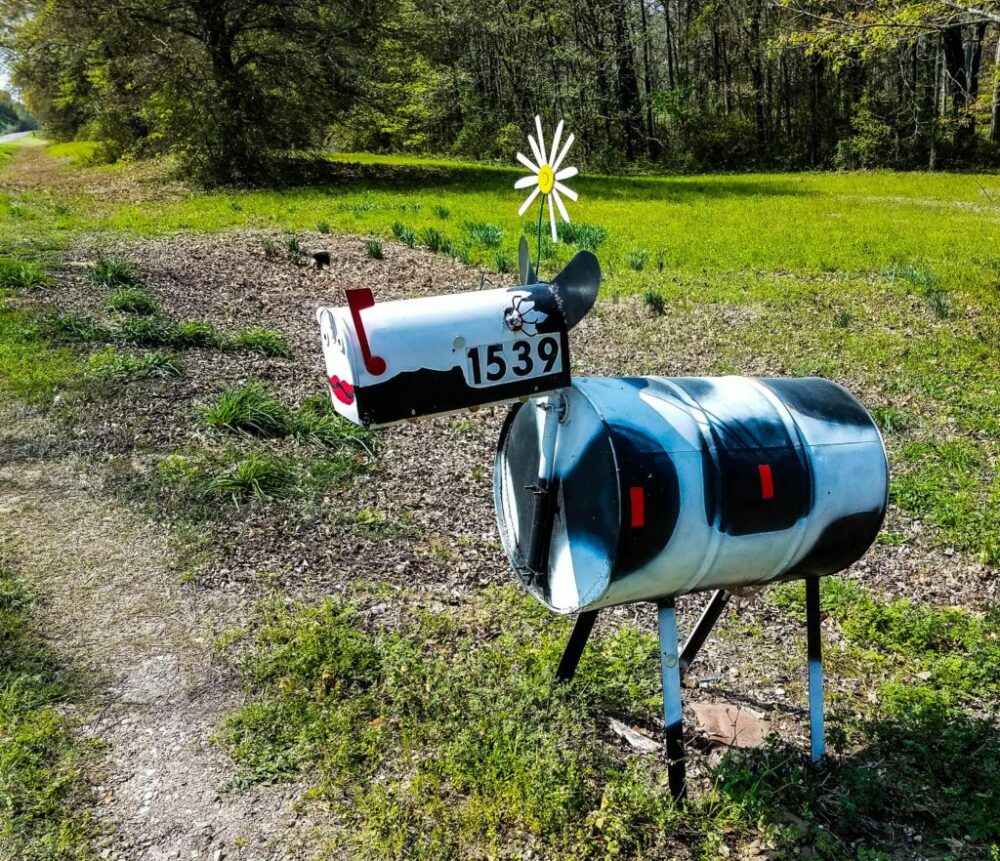 …and his sense of humor carries over into this mailbox!

Another set of rambling comments…

Spent yesterday from about 3 PM until noon today with Mike and his wife. He and his wife had two other couples there as well in the evening. They live in the country not far from Monroe LA. Pond in the back, house, “barn” which is really a garage with living quarters above. Great ribs, etc.

Louisiana doesn’t do a good job of marking or marketing the GRR. No signs and not much in the map sidebars either. The road doesn’t run near the river very often. Arkansas has more and am spending the night in West Helena. There is an overlook and a lake caused by a Mississippi oxbow. Will see tomorrow before moving on. It was near 80 degrees a couple of places today. Now at 9:30 PM, it’s 63 here.

Now stepping back to the adventure of the day. 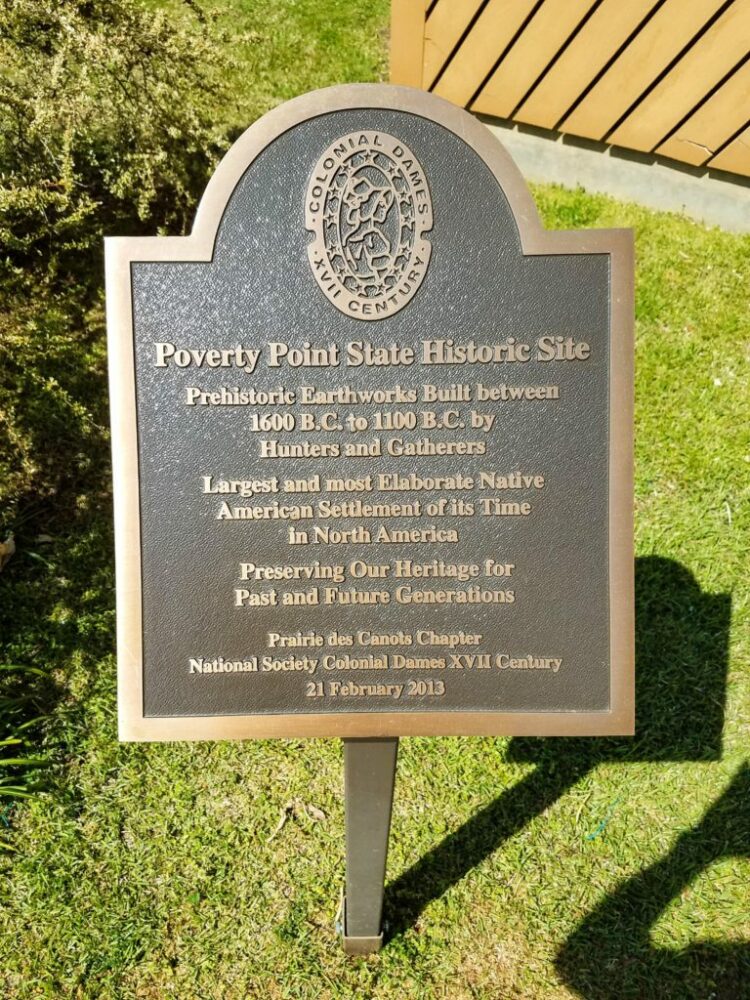 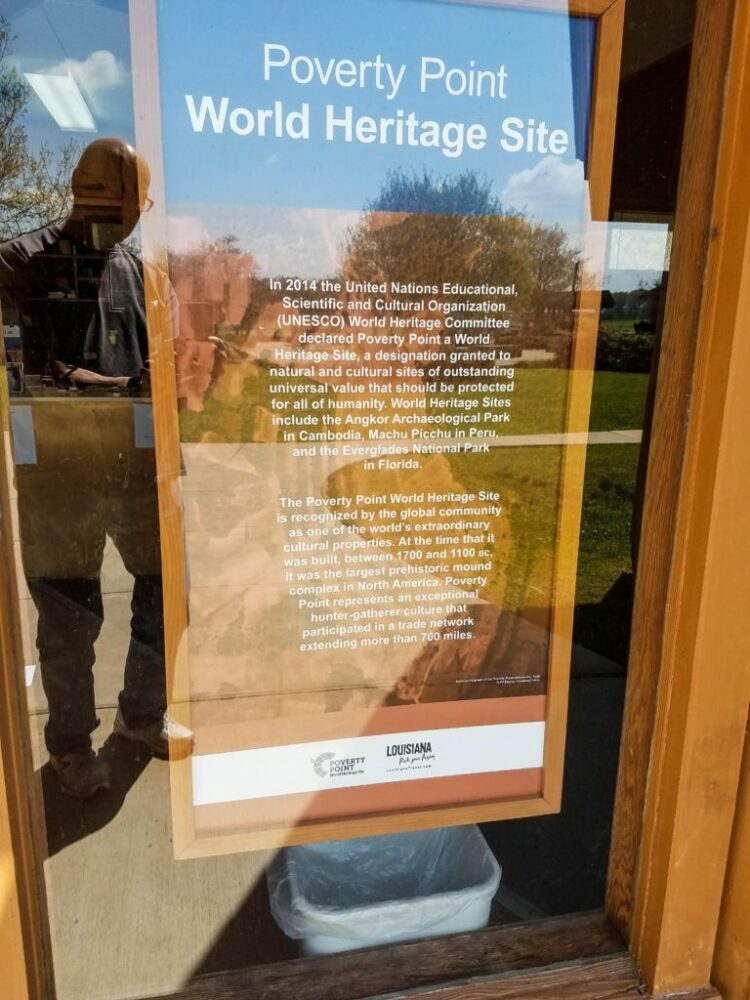 This tells some of the story. Should have cropped it better. Couldn’t find a way to get a picture without getting my shadow on it either. 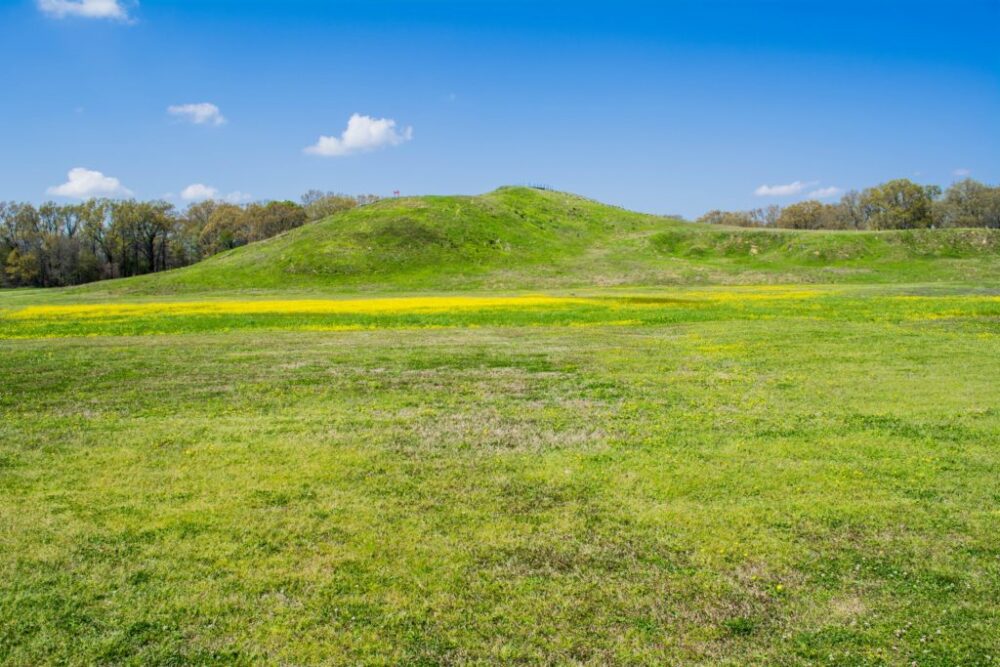 There are three mounds that have been preserved. This is the largest one. It is not a burial mound like other societies like this. Geologists believe it had spiritual connections. 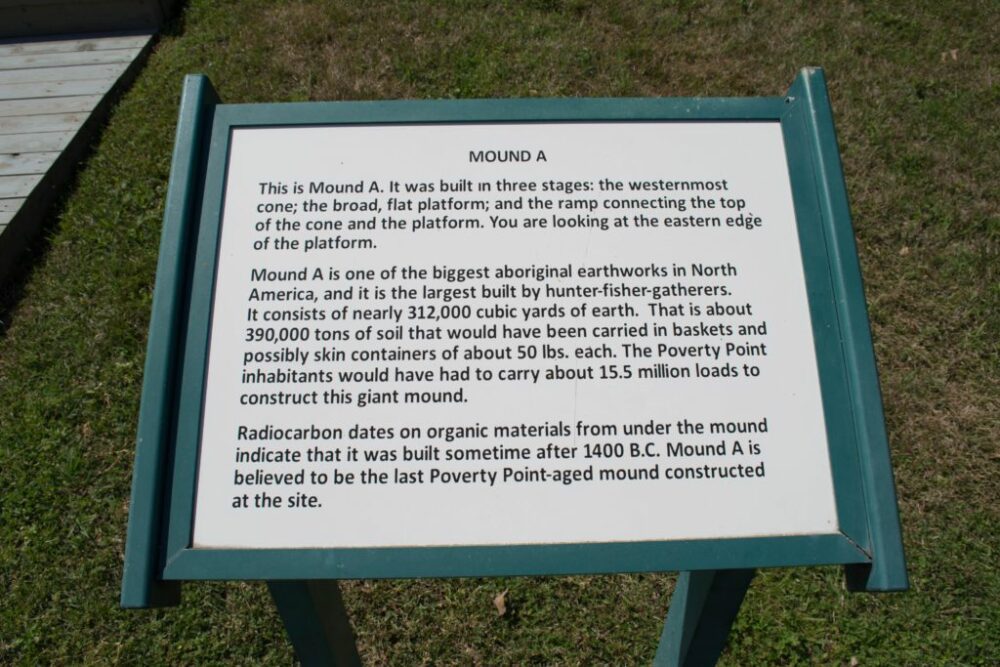 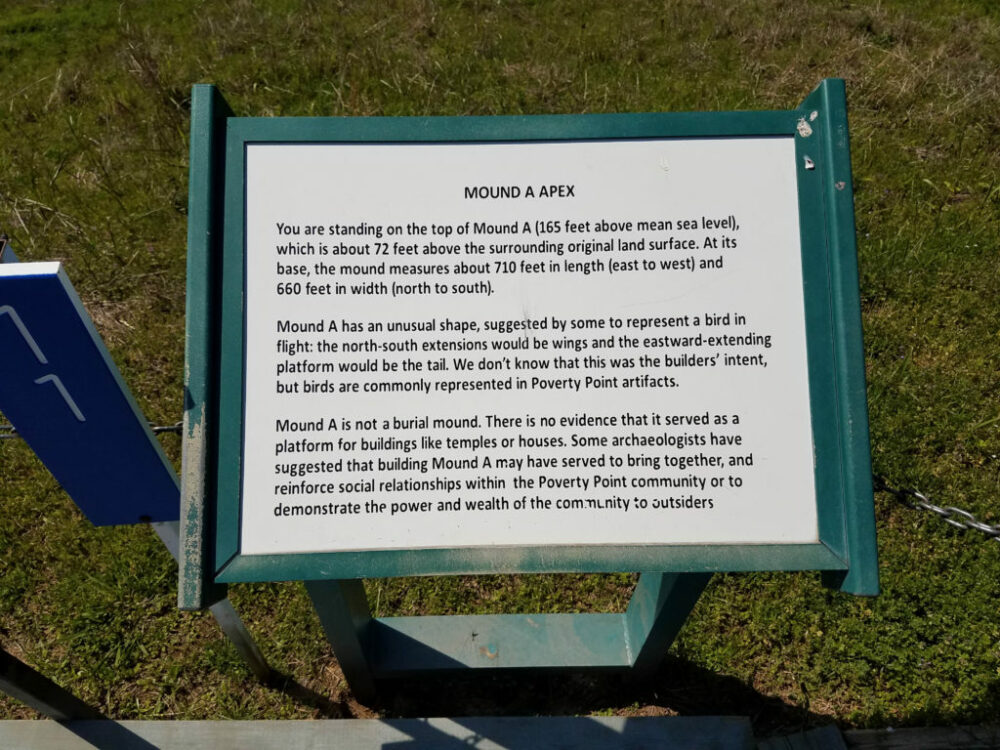 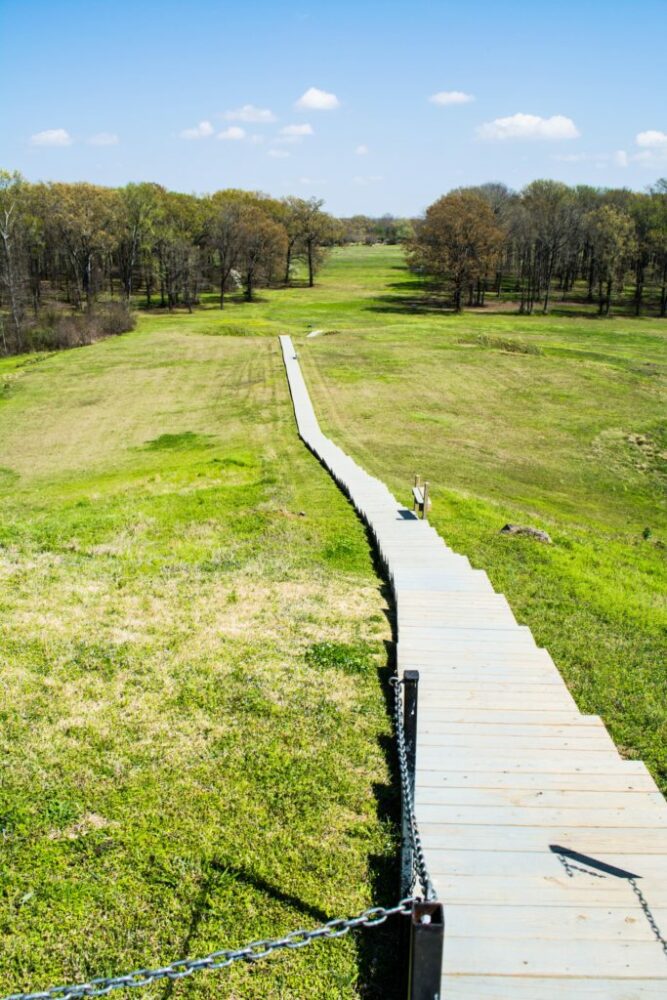 View from the top of the largest mound looking into the grounds of the “village”. 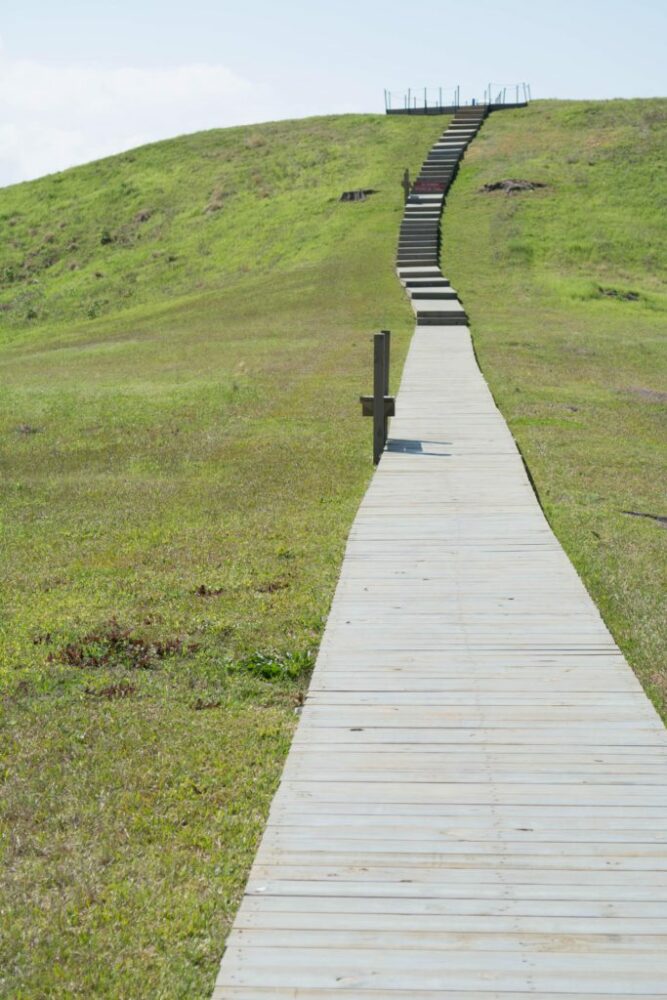 Looking back toward the top. 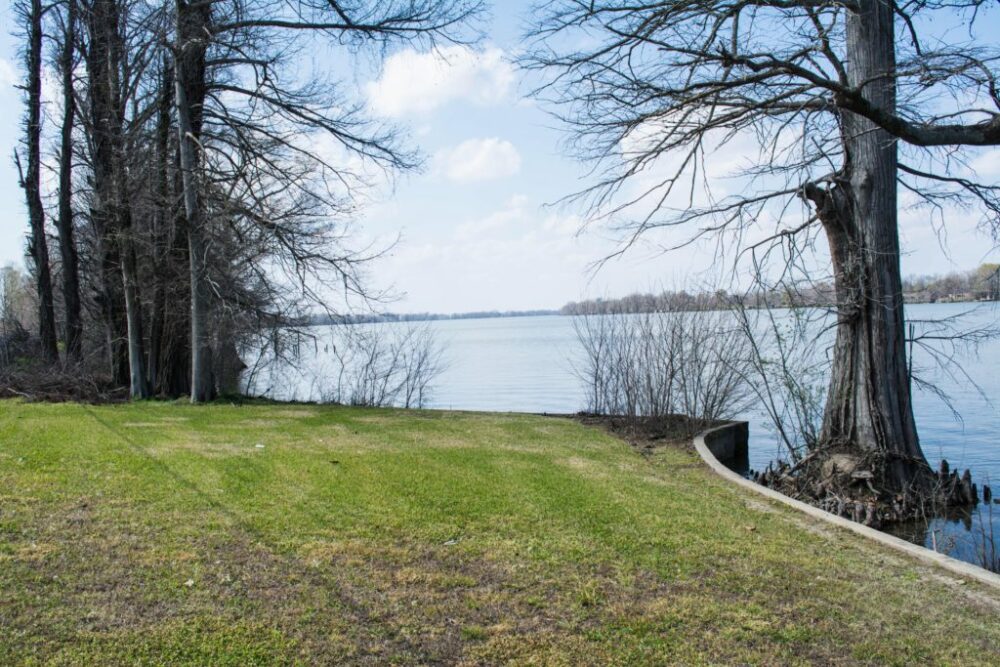 The last view of the Mississippi River in LA. 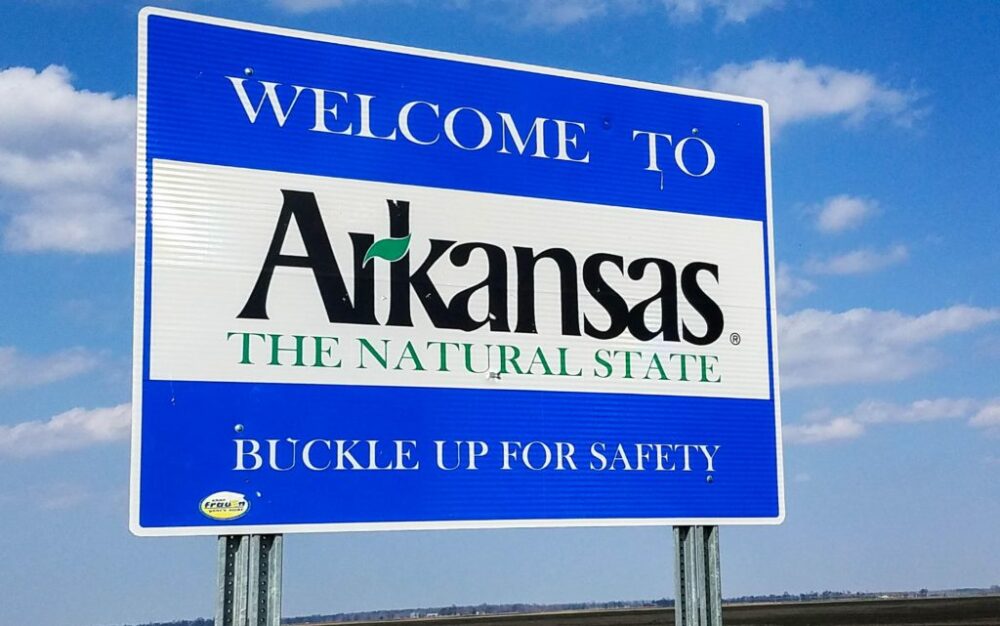 Did see a very interesting historical park in northern LA. It’s been designated as a World Heritage Site by UNESCO, one of 22 in the US. There are mounds created by a hunting and gathering Native American nation which could have gone back as far as 3,000 BC. The mounds were first built in 1600 BC. There is evidence they were used for 400 years before being abandoned. The largest mound is still as nearly as complete as geologists can tell. Anthropologists have determined the village was occupied by as many as 3000 people at the peak of the village. That is nearly unbelievable for a hunting and gathering society. It’s “off the beaten path” but is worth a visit if you are close.

Really interesting what you can find when traveling off the Interstate and especially spending time with a major part of American industry, shipping, entertainment and folklore as the Mississippi River.