Reaching the end of our trip. (Link back to the first post of trip.) Thought of a Bob Dylan song “It’s not dark yet, but it’s getting there” indicating an ending. Guess that’s appropriate as the second part of this post IS after dark. A tour of the DC monuments at night. Washington DC Mount Vernon before Night Tour. Unfortunately, some health problems have marred this trip for both of us. Nothing big, just sort of put a “dent” in the trip. Oh, well, we did our best.

Another insert: Found two round-trip tickets on SWA to BWI for $330. Used reward points from a Marriott credit card we had recently opened and paid for 2 nights with 6 nights paid by point. How often do you spend 8 days in DC with two people for less than $1000 for airfare and hotel?!

Now, I’m looking forward to our next trip! Biggest thing planned until the end of the year is a three-day, two night trip to Des Moines to see Bob Seger. When the tour was announced, I waited, and waited, and waited for a Twin Cities date to be announced. Two days after I bought the Des Moines tickets, the date for Excel Energy Center was announced. Guess we’ll be taking “That Long Lonesome Highway”. Plan to go to Florida at the end of January. See some friends, enjoy the warm weather.

Ok, back on track for Washington DC Mount Vernon before Night Tour.

Scheduled a noon bus trip to Mount Vernon with a couple stops in Alexandria. (For Minnesotans, that is VA, not MN!) Bus driver was a great tour guide. And since it was a Monday in October, we only had one other person on the bus! Personalized tour.

Well, somehow didn’t get any pictures during this visit. Had been here before a long time ago, so must have just decided not to take any except these from Alexandria. Here is what I have! 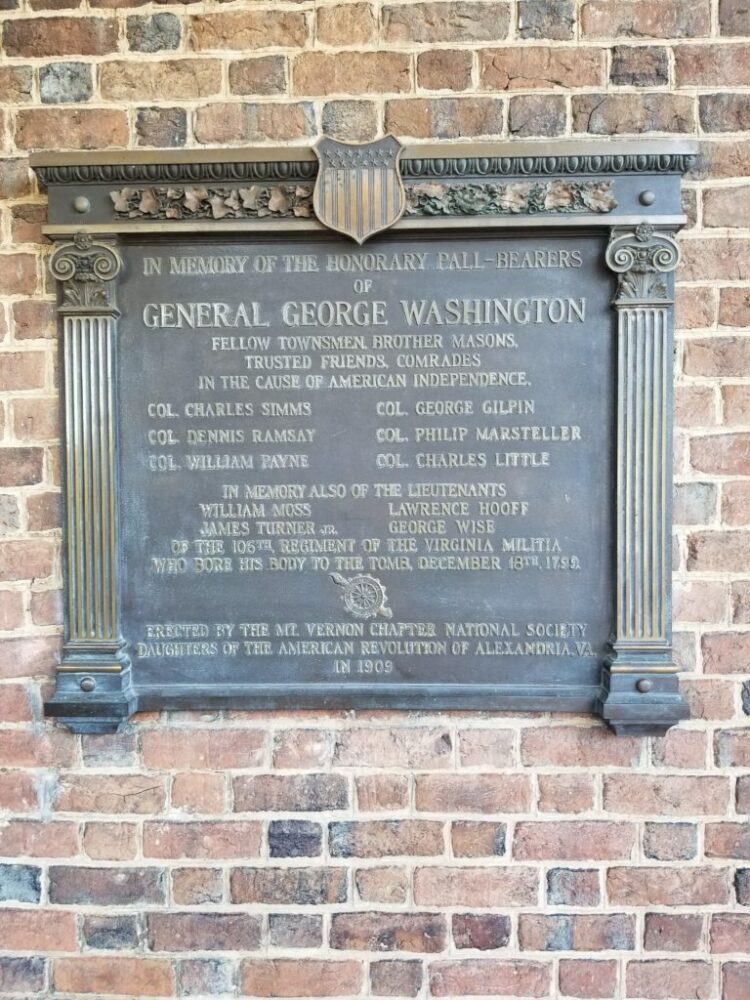 Plaque commemorating the funeral service and the pallbearers of George Washington.

Highly encourage DC visitors to see Mount Vernon. The original house and some of the original buildings are still there. All have been restored. Mount Vernon is located on the Potomac River. The river view from the back of the house is great!

Here is a link to Mount Vernon pictures.

George Washington inherited Mount Vernon when he was 22 years old. He added on two wings, one on each side of the house. He was away from here during the Revolutionary War and during the terms of his presidency. Since the nation’s Capitol was in Philadelphia during his presidency, returning home took much more time than today. Most noteworthy, he only lived two more years after his presidency ended.

The lighted monuments were great for viewing. This tour is very difficult to write about. Consequently, most of the pictures are shown with short comments. The pictures take your thoughts in so many directions. 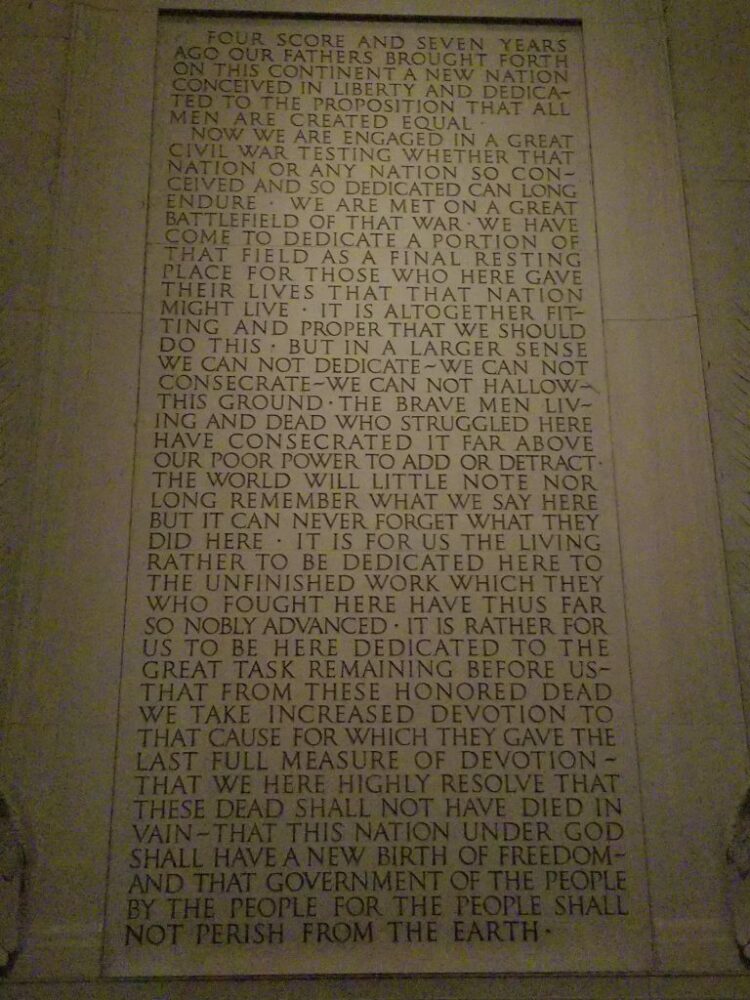 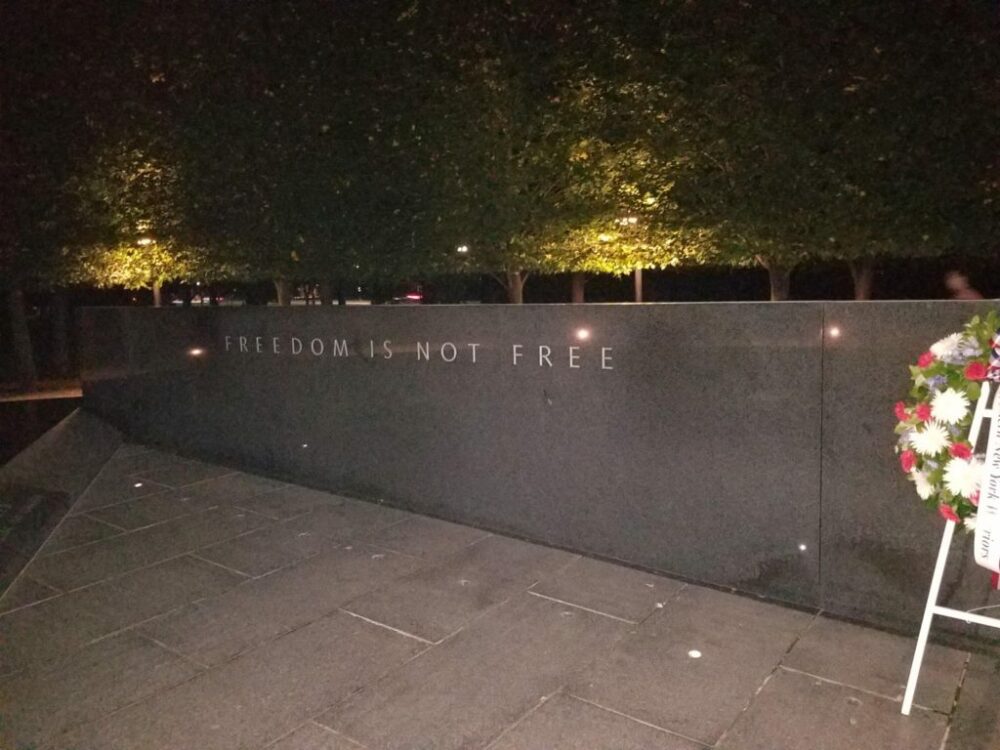 The night tour is the last event of our trip. Head out the next day for home. Back to BWI by Uber and to MSP and then Uber again to home. Done. Bittersweet. Thought provoking. War and peace. History and politics. Highs and lows.